"We decided to support Fisher House due to our armed forces network. We have a group of people in the company who are either supporters of veterans or connected in some sort of way to the military. We have chosen to support Fisher House because of that. For me it is quite personal, I was discharged from the military medically in 2006 after spending a considerable amount of time in a coma and about 18/19 weeks in hospital. Had Fisher House been around at the time I would have come to the hospital in Birmingham and my family would have been able to use this facility. Instead, they were in a static caravan quite a long way from the hospital which caused additional stress which wasn’t good for them whilst I was out of it.No one knew if I was going to come around or not. Certainly seeing this facility and being here and feeling the sense of calm and family and homelessness that Fisher House provides is something I would have really wished for when my family was going through a hard time so it’s an absolute pleasure to be able to support Fisher House now in the future for ADP."

"When we chose to fundraise and support Fisher House it was a really obvious decision. A number of my colleagues were either veterans themselves and we support the services, the armed forces and the families around those. We understand that when people go away and are representing the UK and preserving our way of life and preserving our values that actually the most important thing we can do is make sure their loved ones are looked after. When the worse things do happen and they get injured or their illness prevails and they have to come through hospital it's great that we can help provide a safe environment for their families so they can be close to their loved ones." 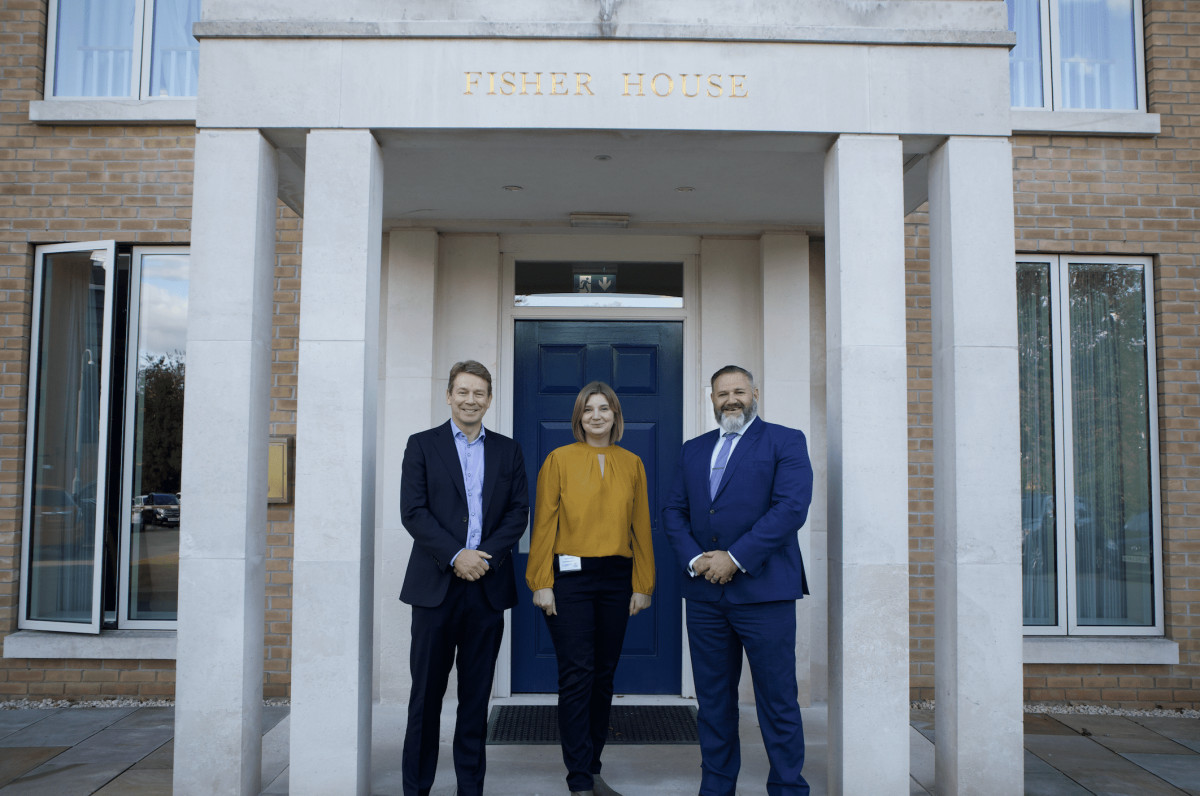