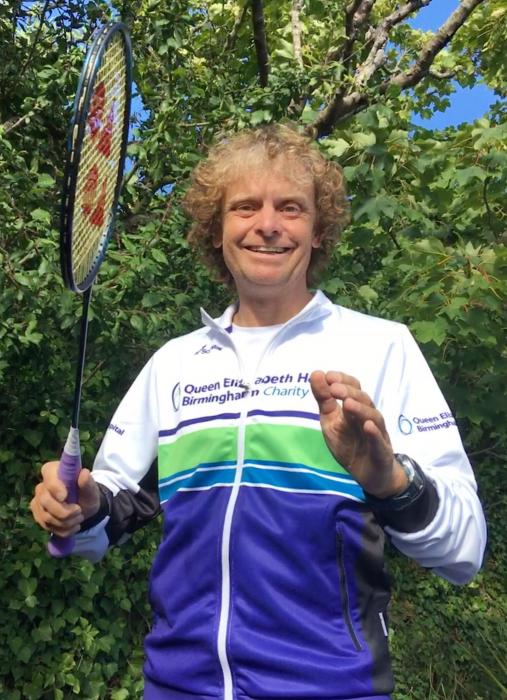 “In July 2015 I was diagnosed as having acute liver disease. Although my health had been rapidly deteriorating for some time I was not prepared for the shock of finding out that I would have only two years to live.

“A liver transplant would be the only solution. For the previous 10 years I had been building up my outdoor activity business on Anglesey and had a healthy, active lifestyle.

“But in the two years leading up to my diagnosis I was losing weight and had become lethargic with various other complications. I already knew that I had a rare immune system condition which leaves me open to infection and for which I had been having weekly infusions for 15 years, but doctors seemed stumped as to what was causing my deterioration.

“Work became increasingly difficult and I found myself relying on other instructors to work for me. At home, I tried to maintain a ‘life as normal’ attitude in front of my partner and daughters but the strain soon began to show.

“By the end of the summer of 2014 I was a shell of my former self with even light exercise often being beyond me, and I was becoming increasingly concerned. Unhappy with the response I was getting from my local hospital I was referred to specialists in Salford.

“After six months of tests I received my shock diagnosis. My liver damage appeared to be an autoimmune response linked to my immune condition. It took a further three months of assessment to be placed on the transplant register as doctors were concerned about the implications of a transplant for someone already immune compromised.

“To be accepted on the register the doctors need to be confident you will survive for a further five years. In late October I got the call to say that I had been accepted on to the register and 10 days later a call from the Birmingham Transplant Coordinators to say a liver was available.

“There are no words to describe the emotions I went through over the next 10 hours or so waiting for the operation itself. The operation was a success, although my recovery was slow as infections threatened my recovery.

“I was a week in intensive care and a further 2 weeks on the liver ward. The staff were incredible! The level of expertise combined with their very human approachability, meant I felt safe, well cared for and a part of my own care decisions.

“Coming home was in the end a scary experience having been well and truly medicalised and cocooned for the past three weeks but Dawn, my partner, saw me through it. She provided just the right amount of support, encouragement and stick to get me up and exercising again. I set targets for walking each day quickly building up from just a few yards to a mile and beyond.

“There were complications. After five months I was back in hospital with rejection and a blocked hepatic artery, and then again with shingles. Doctors remain concerned about the health of the new liver but my health and fitness have rapidly improved and 2018 was my busiest year yet in my activity business.

“Badminton played a big part in my recovery. I started playing again six months after my transplant, joining my daughter’s local badminton club. This, together with my kayaking, gave me a huge physical and psychological boost. I now regularly compete for my club in the local league.

“I learned about Transplant Sport soon after my transplant and was keen to get involved. I also learned of Transplant Sport’s Kids and Teens charity which arranges events and activities for families affected by transplant.
“After my op I was keen to give something back, and a conversation with the coordinator, led to a group of families staying on Anglesey for an outdoor activity break in September 2017. It was a great experience which we then repeated in 2018 with double the number of families taking part in kayaking, coasteering and orienteering activities.

“In 2018 I finally got to compete at my first British Transplant Games. It was a fantastic opportunity to meet people with similar experiences, to celebrate life and to raise awareness of organ donation. I came away with a bronze medal in the badminton, earning me selection for this year’s World Games in Newcastle.

“I’m very much looking forward to being part of the GB Badminton Team at the games and the chance to compete in an international competition. Transplant Sport is a great organisation which promotes the health benefits of sport and exercise, and raises awareness of the fantastic ‘gift of life’ that organ donation brings.

“I would not be here if it were not for the incredible gift that my donor left me. Her selflessness and that of her family has given me the opportunity to live again and I will be forever be in her debt.

“At least 5 people’s lives were saved or improved through her gift and the incredible expertise of the NHS staff of Queens University Hospital Birmingham - thank you!”