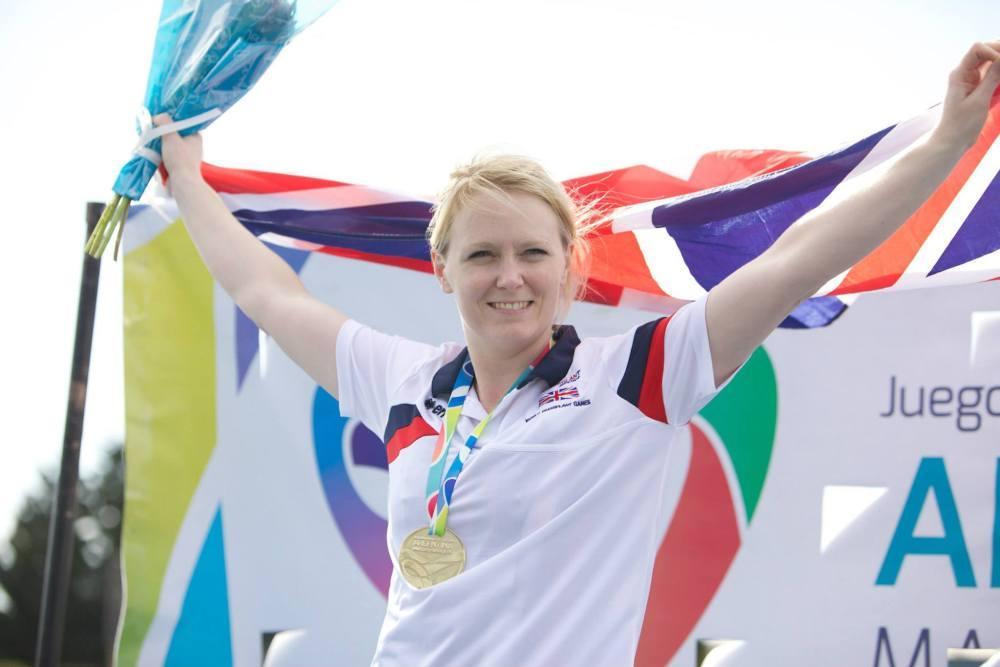 Emma Wiltshire is a proud member of the Birmingham Adult Transplant Sports Team, and is renowned as the fastest female transplant athlete in the world!

Emma competed at a national level in athletics for over 15 years, racing for the Midlands, England and Great Britain in the 100 metres. After a successful career, Emma was beginning to wind down her running career and was working as a massage therapist for Welsh Athletics.

Whilst out working in Portugal, Emma suffered acute liver failure and needed a live-saving liver transplant. There were complications, as Emma needed to be transported in a critical state to the nearest transplant centre. During this time she suffered an internal bleed, which meant that she lost six pints of blood.

Emma said: “When I woke up from my coma, a week after the taxi ride into the Algarve hospital, I was in a crazy morphine world where I was vaguely aware of what had happened, and where I was. I spent the next month in intensive care in a Lisbon hospital, before being flown to QEHB by private air ambulance.”

Emma spent a year rehabilitating at home in Cardiff, learning to run and starting to compete again before travelling to Argentina in August 2015 for the World Transplant Games.

Incredibly, Emma competed in the UK Indoor Athletics Championships in 2016, taking on the 60 metre event. Emma said: “Up until 2013 I took competing at this level for granted, but as a transplantee this was unprecedented.”

Emma’s amazing athletic feats continued in 2017 at the World Transplant Games in Malaga where she won four golds and two silver medals.

Alongside her athletics, Emma works for Welsh Athletics in the Performance Department, coordinating logistics for all of Welsh athletes competing domestically and internationally. Emma’s husband, Gareth, is a former 400 metre hurdles international athlete.

Speaking of her journey into Transplant Sports, Emma said: “A week out of my coma, and barely able to physically function, I was already on my phone researching Transplant Sport. This organisation is amazing, and participating in the British and World Transplant Games has given me new friends, a reason for staying fit and healthy, and the opportunity to be a world beater.”