£2,067 and counting- a generous donation to Heartlands Children’s Wards! 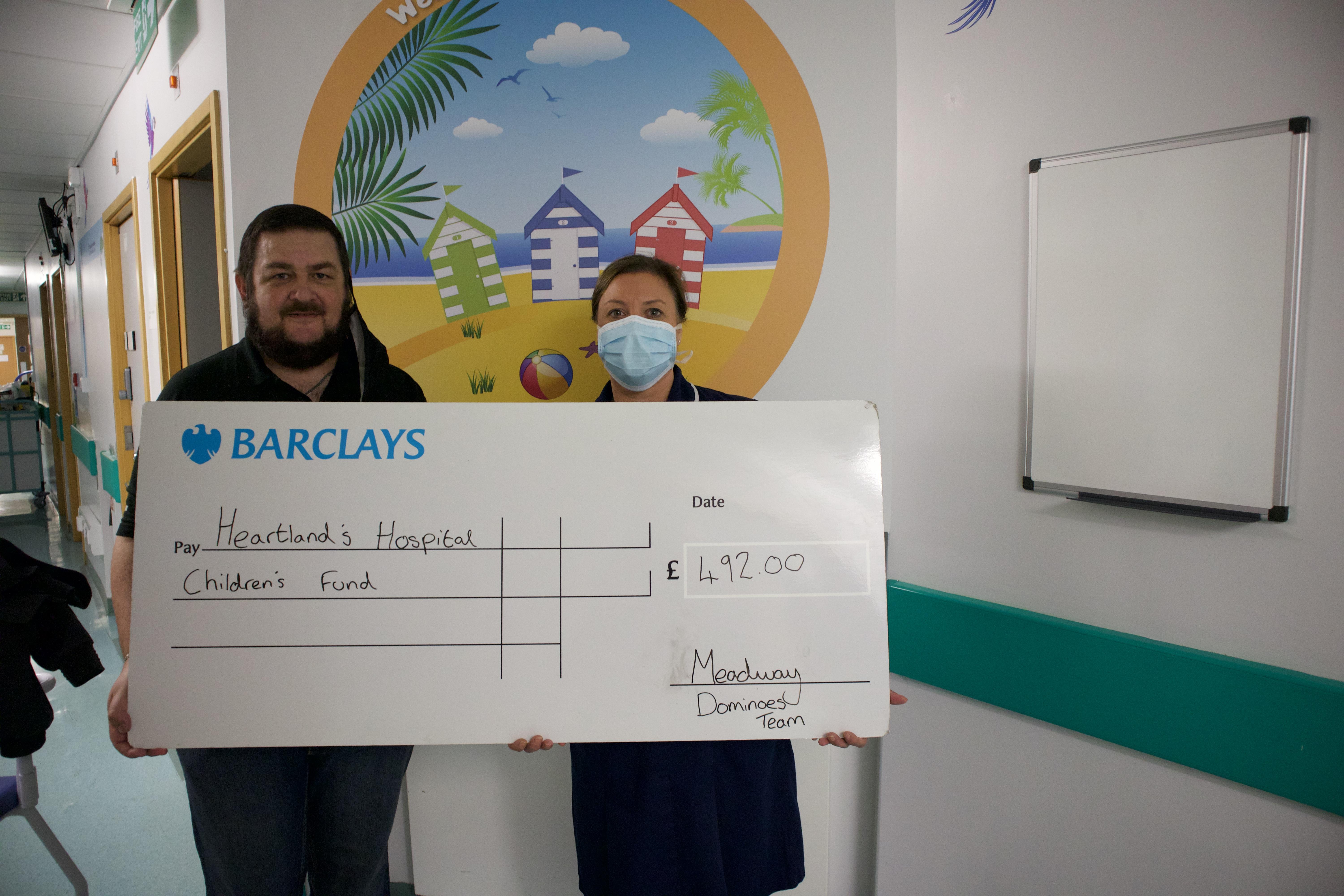 For five years, the Meadway Sports & Social Club has generously fundraised for the Heartlands Children's Wards. The team have contributed a total of £2,067 by hosting an annual dominoes tournament and a lottery to raise funds to help support children whilst they stay in hospital. 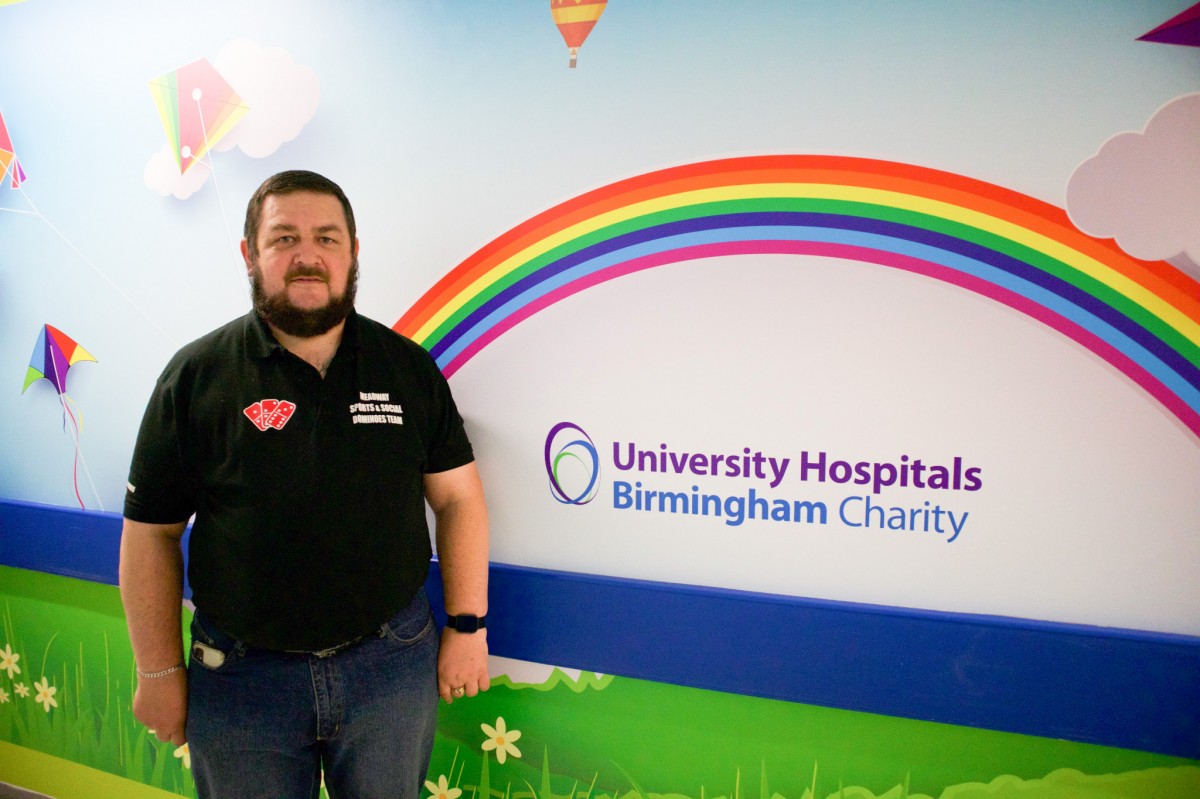 The club has a proud history of fundraising for Heartlands Hospital, as their friend and former dominoes manager, Sean Kelleher, was a keen fundraiser for the children’s ward. A dominoes tournament is held each year in his memory. This year they have raised £492. Sean passed away in 2015 after running the dominoes club for 40 years.

The Team Secretary, Ian Lomas, visited wards 15/16 at Heartlands Hospital to present his cheque alongside Julie Rowland, the Ward Manager.

Ian said, "My aim for this year was to get our overall donation over the £2,000 barrier which we have achieved. My ten-year-old granddaughter even contributed £10 out of her pocket money. To know we are doing something to support the children on these wards means everything to us. We would encourage anyone to get involved with fundraising. To see those children smiling whilst they are going through a tough time is everything." 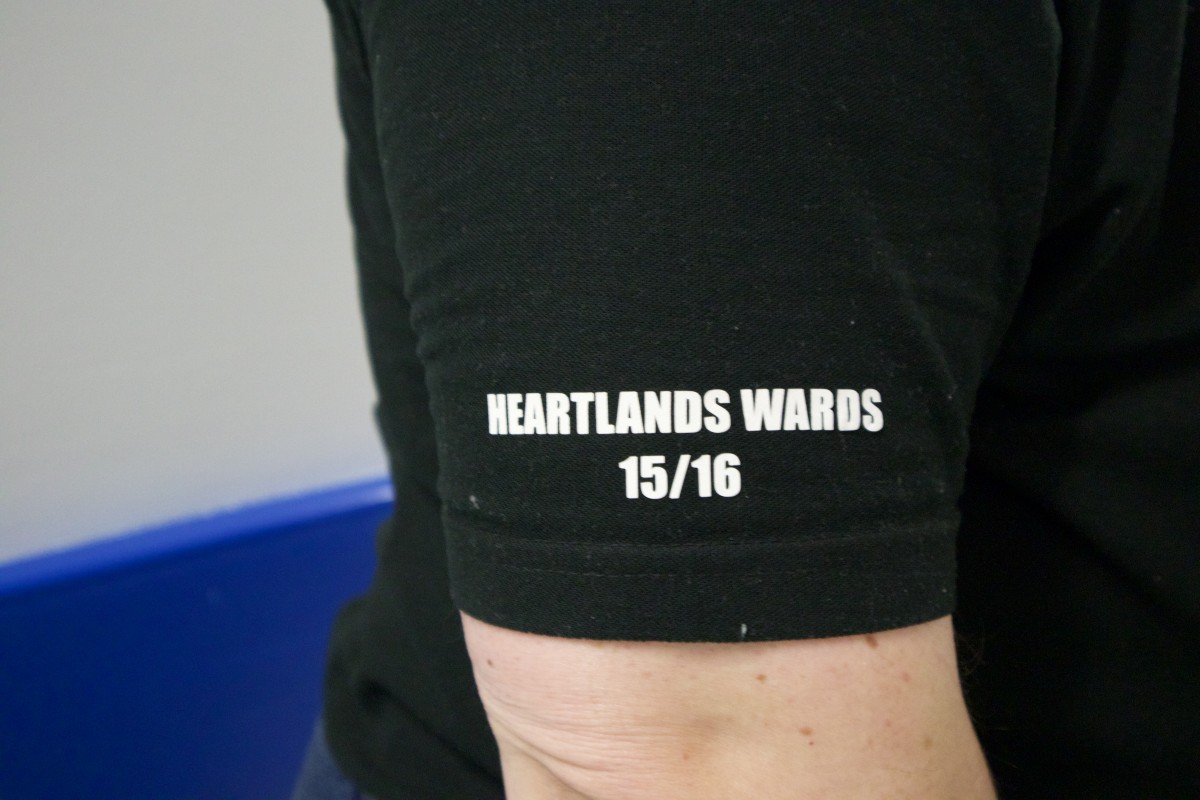 The club's previous donations have gone towards buying fans for the ward, a sensory trolley and the children's garden refurbishment. This latest donation will continue to help with any ward improvements and refurbishment work.

Julie said, "What Ian and his team do for us is unbelievable. We don't get the funding from the NHS, so we appreciate fundraisers so much. Some children are here for a long period and we can’t always provide everything they want due to limited funding. We now have an incredible outside space for the children. We have also had a playroom refurbishment but everything always needs replenishing due to the amount of use these wards get. The kindness of fundraisers is something we never take for granted."

At University Hospitals Birmingham Charity, we are so grateful for the Meadway Sports & Social Club. Their continued support over the years to the Heartlands Children's Wards does not go unnoticed.