A Birthday Party to Remember 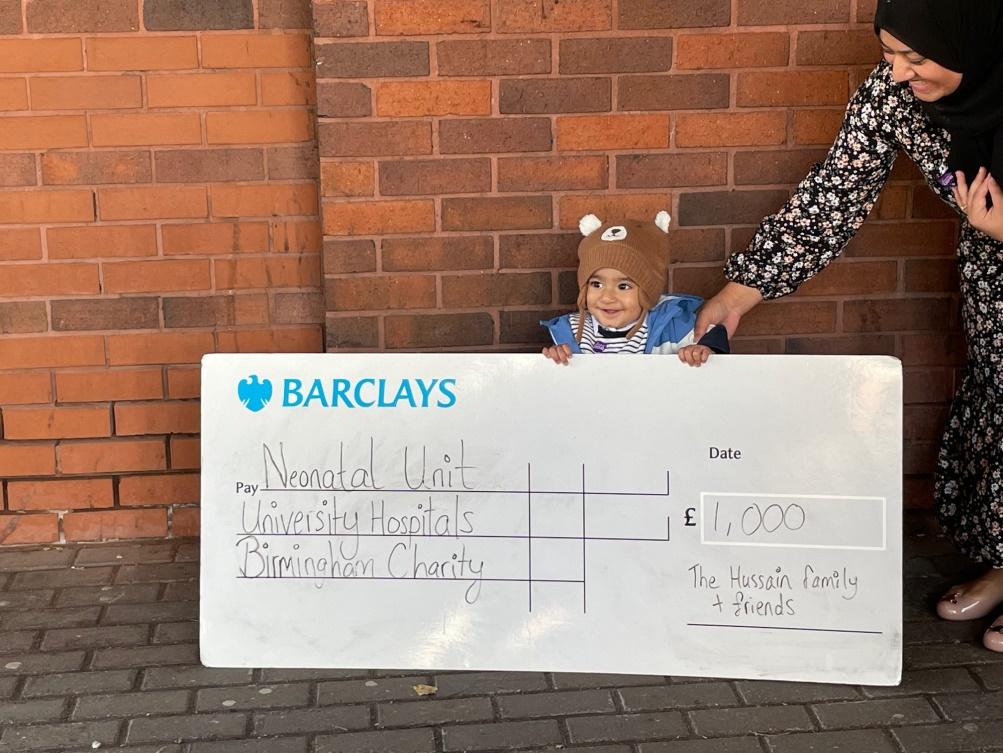 New parents, Mr and Mrs Hussain, incredibly raised £1,000 for the Neonatal Unit at Heartlands Hospital by hosting a fundraiser at their son Adam’s first birthday party.

Adam was born two months prematurely and spent the first 26 days of his life being treated on the Neonatal Unit at Heartlands Hospital.

During Adam’s time on this Unit, Mr and Mrs Hussain saw how well he was treated and just how incredible this Unit and staff are.

Mr Hussain expressed, “We were due a baby, and we were prepared for everything except him being born prematurely. From what we witnessed of how hard these guys here worked, we thought we would do something to just help out. It opened our eyes up to what these guys really do.”

These new parents wanted to give back to the Unit where their son was treated in October 2020, so for Adam’s first birthday, they threw a kid’s party for friends and family, whereby people could donate to the Neonatal Unit. Mr Hussain told us, “Everyone that came to his birthday party was just so giving, there was no hesitation, and what we raised was brilliant.”

“It just opens up your eyes, I guess. We still feel like we owe a lot to the Neonatal Unit for all they’ve done, but there’s only so much you can do, so this is just a little to say thank you really.” Mrs Hussain reflected. UHB Charity is so appreciative of individuals like Mr and Mrs Hussain, where their amazing fundraising will make such a difference to patients, staff and families.

The party they held was a traditional children’s birthday party with a bouncy castle, a soft play area, a slushy machine and fun food. Not only did everyone have a great time, but what was so special is that everyone was very willing to support the cause and the Neonatal Unit, making it a birthday party to remember.

You’ll be pleased to know at one year and two weeks old, Adam is doing really well, and is now about 20 pounds, whereas he was just 3 pounds and 8 ounces when he was born. He has even spoken his first word! 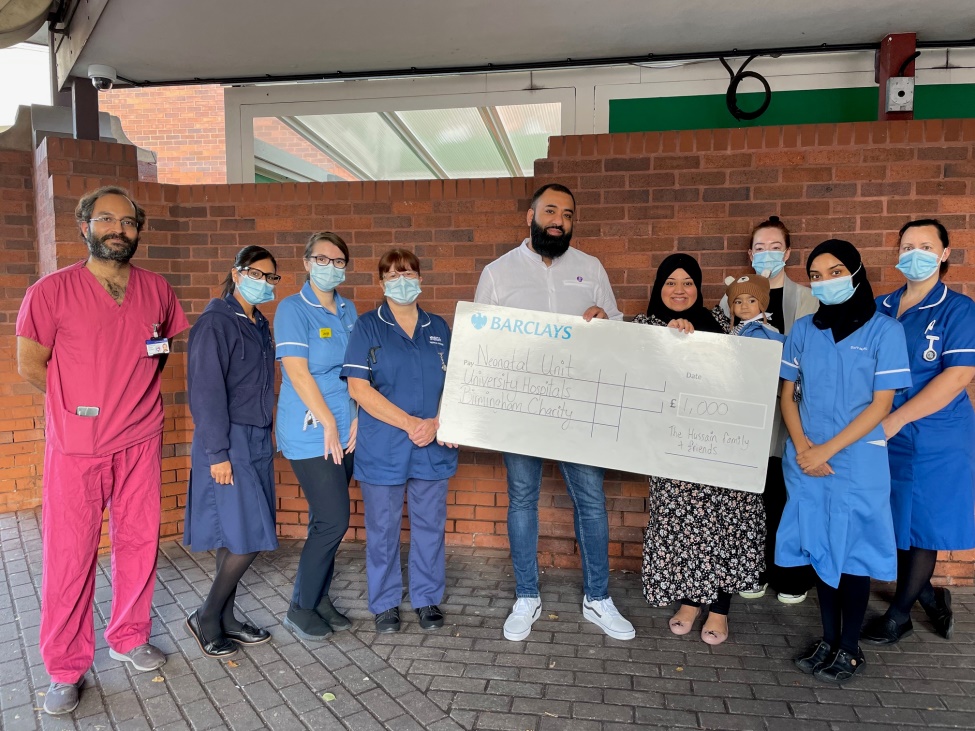 Mr and Mrs Hussain with their son Adam, alongside some of the amazing Neonatal team

The Neonatal Unit at Heartlands treats some of the tiniest patients across the Trust, and this contribution will make such a difference to families like the Hussain’s and patients like Adam.

If you would like to support the Newborns in Need fund and make a difference to some of the tiniest patients across the Trust, please click here.