A surprise skydive for the hospital charity! 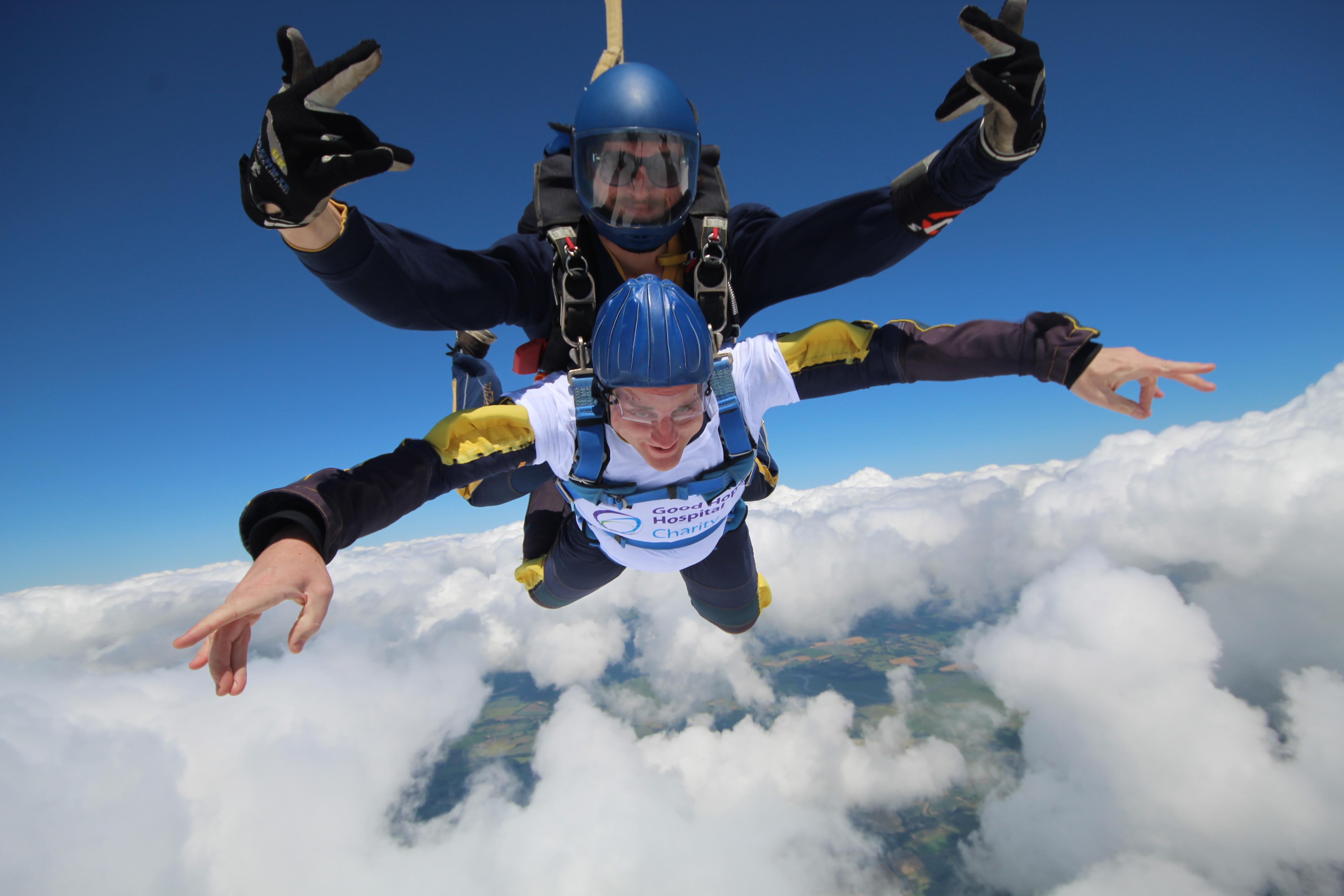 Emma Barrett surprised her partner, Nick Wilkes, with a skydive voucher for his 40th birthday this year and he has taken the plunge and raised an incredible £470 for the hospital charity.

The couple had already done some fundraising before Nick’s birthday where they raised £85 by holding a games night with friends and family.

Talking about the present, Emma said: “It was booked as surprise for part of his 40th birthday celebrations and he was presented with a certificate for it at his surprise part in January.

“We have both personally been affected, with family included, by all four hospitals and it felt right to give back.”

Both families have had to rely on the four hospitals over the last few years. Emma herself was diagnosed with bulging discs in her spine which requires ongoing treatment at QEHB.

Both of Emma's nans have been severely ill in the past from strokes and numerous other things so have relied on the hospitals to make them better, and Emma’s granddad was treated at QEHB in the last few years of his life.

Nick, who took on the skydive on Friday 21 June in Peterborough, was treated at Heartlands Hospital after being involved in a car accident, and both of his children have received treatment across the hospitals for different things.

Cathryn Worth, Fundraising Manager at QEHB Charity, said: “We love seeing all of the different things people do to get involved with raising money for the hospital charity. A surprise skydive is such a great idea and we’re glad Nick enjoyed doing it.

“All of the money raised will be split between the four hospital charities and will be spent on providing added extras that go ‘over and above’ what the NHS can fund.”

To find out how you can get involved with raising money for the hospital charity, take a look at our events page to see what you can sign up for!