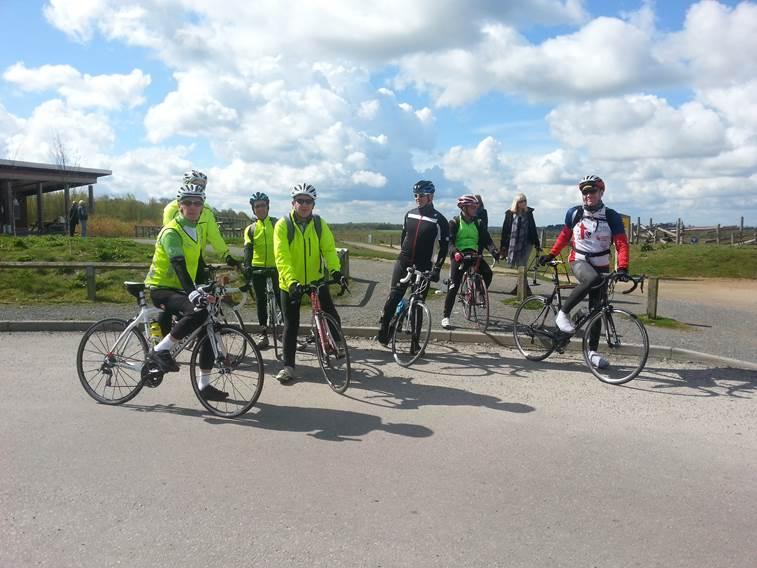 A group of friends undertook a mammoth cycle ride at the end of April in memory of a beloved friend in order to raise thousands for QEHB Charity’s Cancer Appeal.


The ‘Rod Ling Round Brum Cycle Ride’, a 140 mile-long ride around Birmingham spread over two days, was created and supported by friends of Rod, who sadly passed away from cancer in 2015.


Battling through five and a half hours of hailstorms and heavy rain on the first day, the team of eager cyclists stormed through the challenge, being greeted by an Oompah Band at the end of the race on the second day.


Gethin Davies, who organised the event, has previously taken part in a Land’s End to John O’Groats cycle ride for charity.

Thus far, the group has raised an amazing £3,000 for QEHB Charity’s Cancer Appeal, as they have a particular interest in the various research projects being carried at present, from those being carried out at CIIC (Cancer Immunology Immunotherapy Centre) to prostate cancer research.


Justine Davy, Head of Fundraising at QEHB Charity, said: “We are incredibly grateful to the determination and hard work of all the cyclists that took part in such an intense fitness challenge. It is testament to how much they cared for and loved their friend, Rod, and shows their benevolence in regard to helping people currently battling cancer. On behalf of the Charity, I want to thank them for their dedication.”