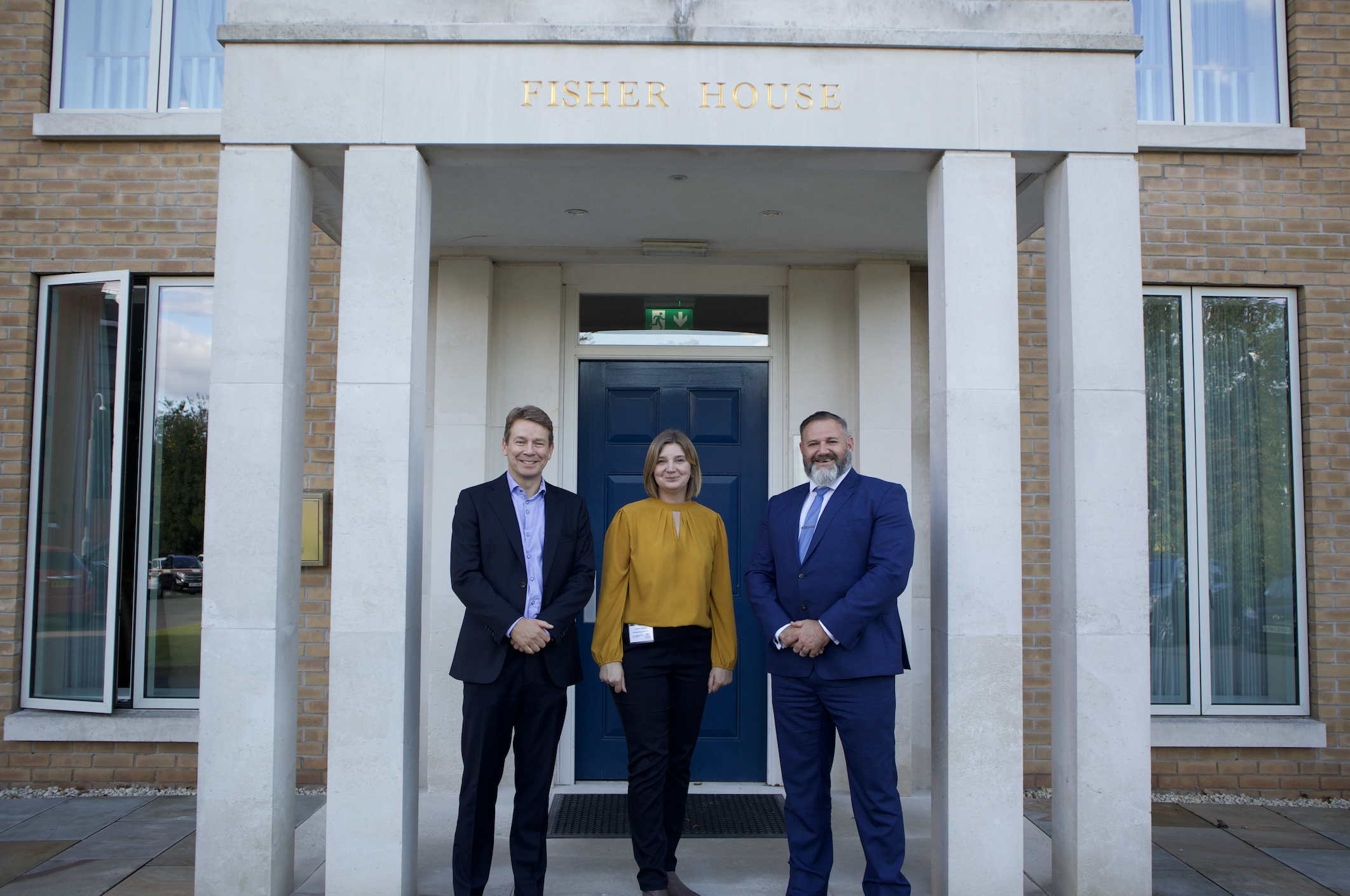 On September 16th a number of supporters came together at Fisher House to celebrate its 8th birthday, delayed due to Covid. The event was kindly sponsored by Baxter Developments.

As well as enjoying a lovely afternoon tea, guests were able to tour the house and see and hear for themselves the difference Fisher House makes to those needing its services.

Catriona Spiller, Executive Officer from ABF The Soldiers' Charity, said,"Fisher House is a real sanctuary for families going through what is likely one of the most difficult times of their lives. Having a comfortable home to retreat to, whether just for a quick nap and shower or for a longer-term stay is invaluable. You can’t really measure the impact in figures and stats – it’s just being there when needed. ABF The Soldiers’ Charity is proud to support Fisher House and the Army veterans and their families who pass through its doors."

The Queen Elizabeth Hospital is the receiving hospital for the UK's military when they are ill or injured so families can find themselves travelling to Birmingham from all across the UK and sometimes beyond to support their loved ones. The House is available to both serving military and veterans and provides free accommodation and access to welfare services.

Ben Lanigan, Division Vice President Commercial Operations and Transformation ESI from ADP, added,"We decided to support Fisher House due to our armed forces network. We have a group of people in the company who are either supporters of veterans or connected in some sort of way to the military. For me it's quite a personal reason as well.

I was discharged from the military medically in 2006 after spending a considerable amount of time in a coma and about 18/19 weeks in hospital. Had Fisher House been around at the time I would have come to the hospital in Birmingham and my family would have been able to use this facility. Instead, they were in a static caravan quite a long way from the hospital which caused additional stress which wasn’t good for them whilst I was out of it.No one knew if I was going to come around or not. Certainly seeing this facility and being here and feeling the sense of calm and homeliness that Fisher House provides is something I would have really wished for when my family was going through a hard time, so it’s an absolute pleasure to be able to support Fisher House now and in the future for ADP."

Funding for Fisher House comes through a number of military charities, businesses, community organisations and individuals, it receives no government or MoD funding.

At UHB Charity we are grateful for the wonderful support we receive from our supporters.