Football match raises £500 in memory of beloved dad and grandad 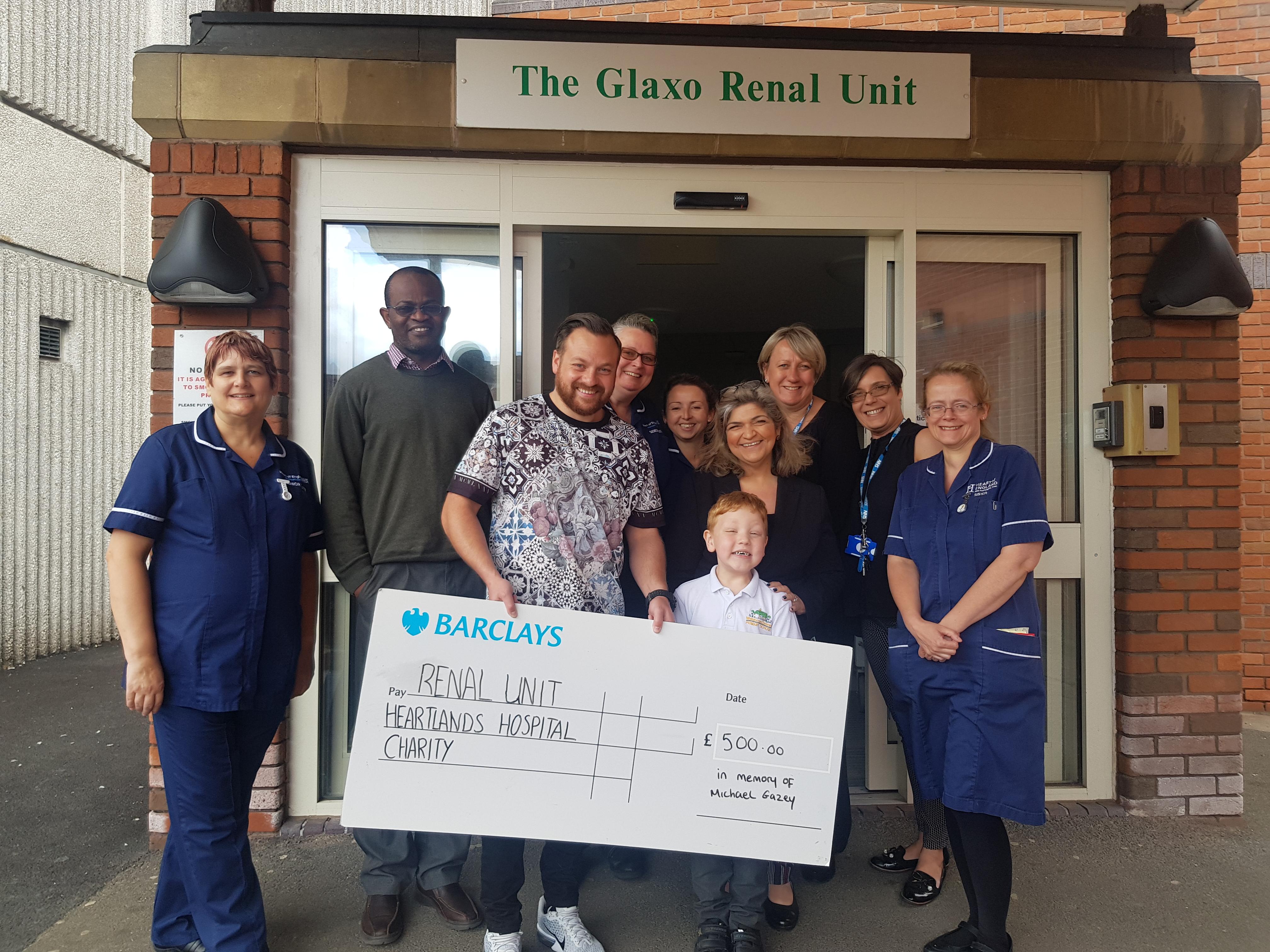 A charity football match has raised an incredible £500 for the Renal Unit at Heartlands Hospital, in memory of Michael Gazey who was treated on the unit for kidney failure before sadly passing away in January 2016.

The football match was organised by Michael’s son, Brett, who wanted to give something back after the treatment that his dad received. Brett said: “I was amazed at the treatment that my dad received at Heartlands Hospital. Every member of staff was incredible, and they all worked so hard to keep dad alive for as long as possible.”

As well as his treatment at Heartlands Hospital, Michael received regular dialysis at the satellite unit in Minworth, which Brett often took him to. Brett said: “I wanted to give something back following the treatment that dad received.”

As a keen Aston Villa fan, Brett was determined to raise money through a football match, and got his friends and family together to organise a football match in Michael’s memory.

Thanks to the generosity of the staff at Walsall FC, the match took place at Bescot Stadium, with around 50 of Michael and Brett’s friends and family coming along to watch the match. 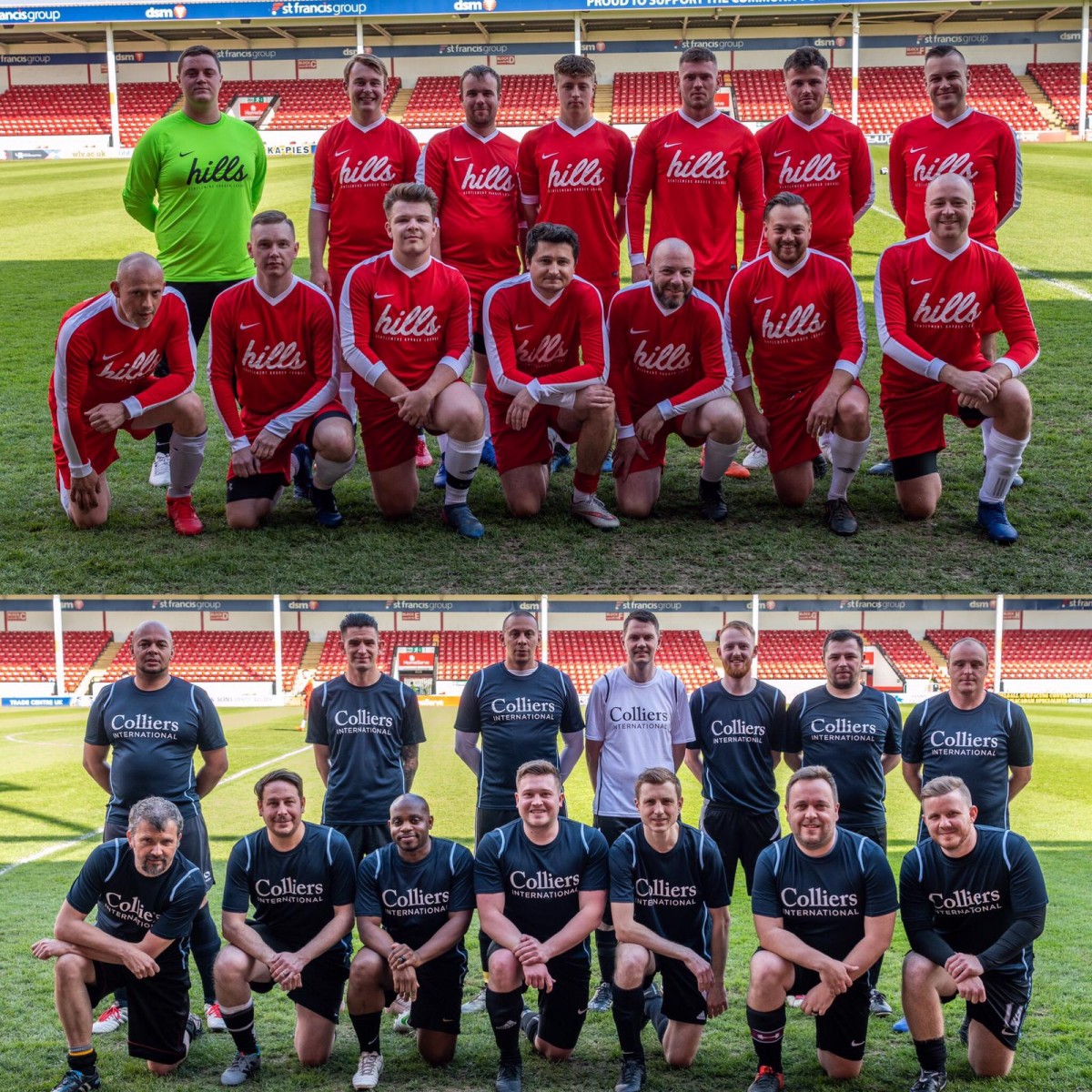 The teams lined up ready for action on the day.

Brett said: “It was an amazing experience playing at Bescot Stadium, the pitch was unlike anything else I’ve ever played on. I’m more used to Sunday league pitches so this was incredible!”

In the build-up to the match, Brett set up a JustGiving page and all of the players on the day brought in sponsorship money to help raise funds for the Renal Unit. The day was a great success, with the match finishing 3-2 to Brett’s team, with him grabbing a goal and an assist.

Brett said: “We all had a great day, we really enjoyed playing together and I was blown away to raise so much money. I really want to do this again next year and hopefully raise even more money for the Renal Unit at Heartlands.” 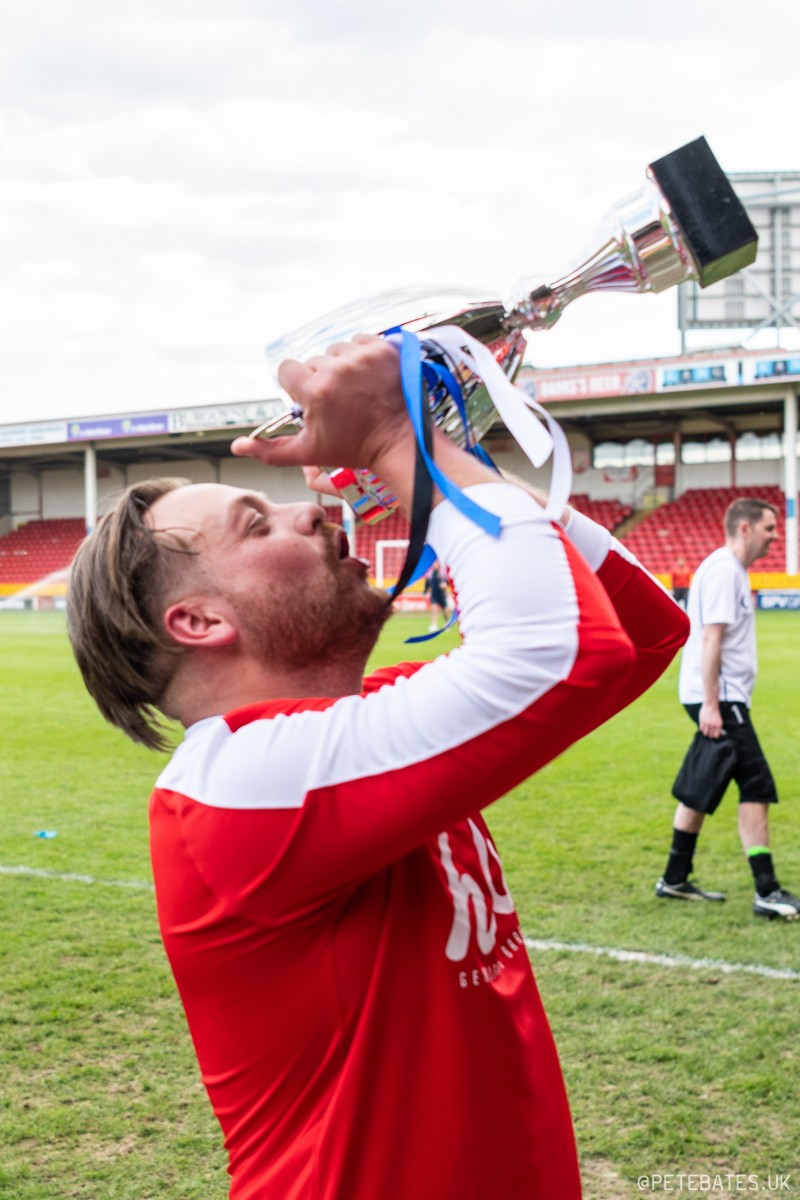 A victorious Brett pictured with the Michael Gazey cup.

Brett came along to Heartlands Hospital to present the cheque for £500 to the staff on the ward. He was joined by his son Luca, his daughter Lorren and his wife Joanne.

Sabrina Hussaine, Fundraising Officer at Heartlands Hospital Charity, said: “Huge thanks go to Brett and his family for raising such a fantastic amount of money through this football match. Heartlands Hospital Charity provides ‘added extras’ for patients at the hospital, helping to improve their experience whilst they are being treated. The money Brett has raised will help patients just like his dad.”

Brett said: “This day could not have happened without the support of so many people, huge thanks especially go to Walsall FC, Strawberry Print, Hills Barbers and Pete Bates for their generosity and hard work.”

You can donate to support Heartlands Hospital Charity here.