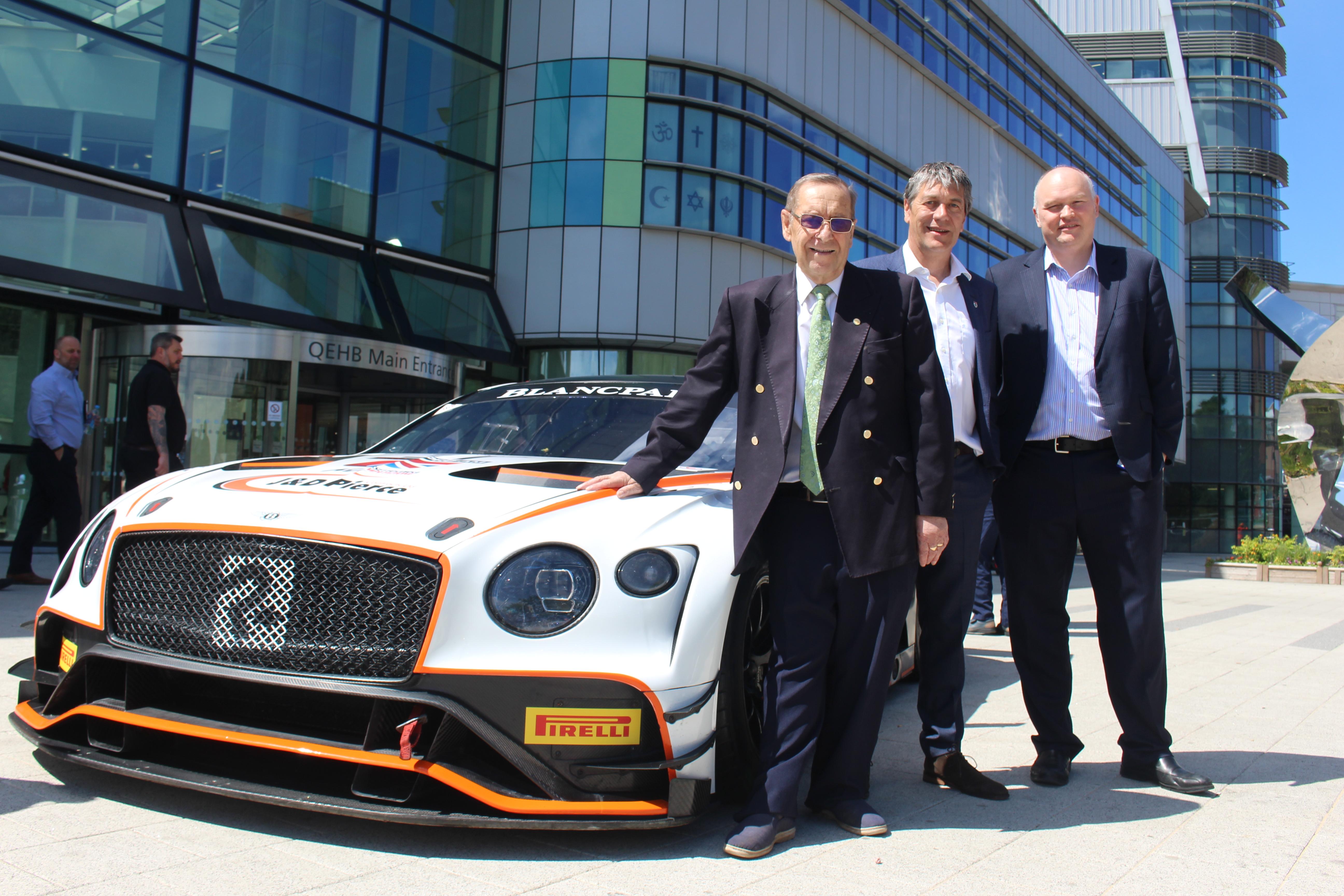 Former racing driver and TV producer Richard Hay has been treated for oesophageal cancer at the Queen Elizabeth Hospital Birmingham, under the care of Ewen Griffiths, star of Surgeons: At the Edge of Life. Richard was diagnosed back in July 2017, and has since received treatment at QEHB, including an oesophagectomy which saw most of his oesophagus removed.

Now, Richard is giving back to the hospital where he was treated and has raised a staggering £15,090 for the Oesophageal & Gastric Cancer Support Group (known as Upper GI) at the hospital, which supports patients with cancer of the upper gastro-intestinal system.

Richard has raised this incredible sum thanks to donations from family and friends, donations from his company Hay Fisher, Caterham Cars thanks to their end of season dinner, and almost half of the total from SRO Motorsports Group. 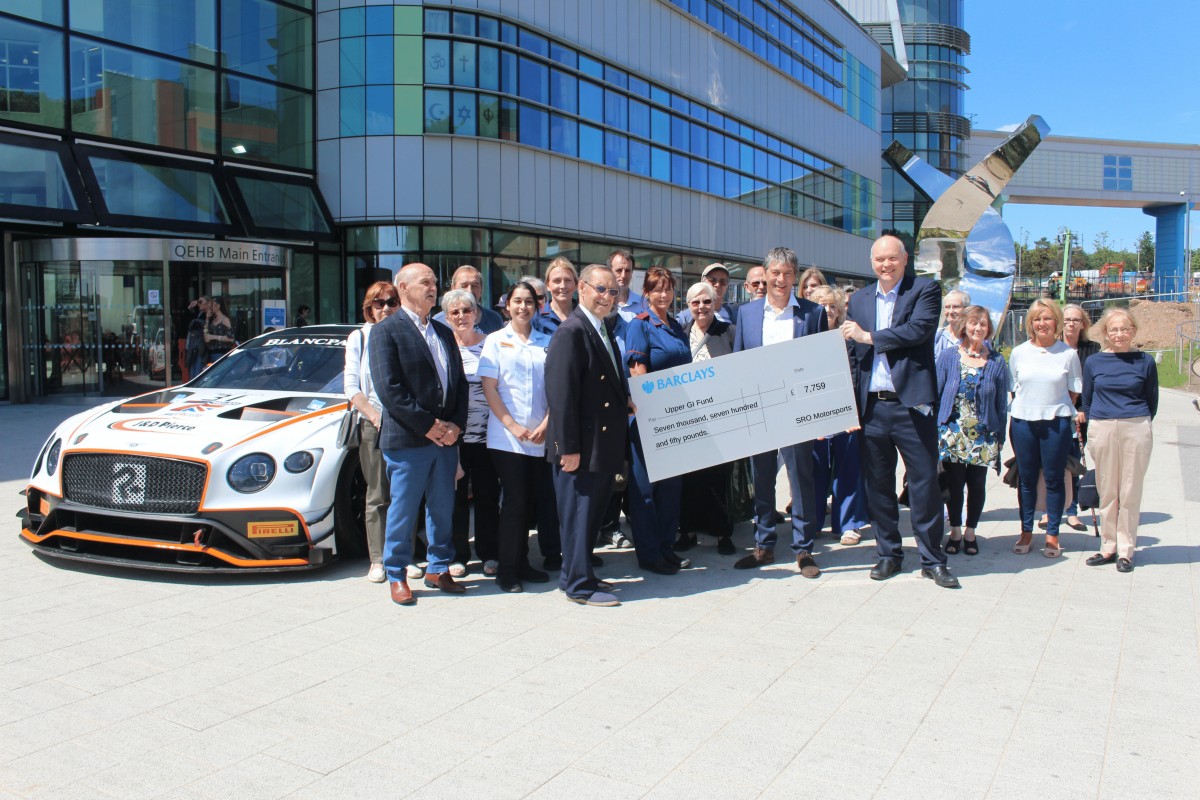 The cheque being presented to the Ewen Griffiths and the Upper GI Support Group.

SRO Motorsports Group, founded by Stephane Ratel, is known as ‘the architect of modern GT racing’. The company specialises in the promotion and organisation of motorsport series across the world, including the Blancpain GT Series and the British GT Championship.

SRO has raised £7,759 to support Richard’s fundraising efforts through its system of ‘fines’ for their racing drivers who, over the course of the season, are penalised for breaking rules such as speeding in the pitlane!
SRO distributes the fines that it collects over the course of a season to selected charities, and this year the team decided to fund Richard’s fundraising efforts.

Richard said: “I am so grateful to SRO Motorsports, Caterham Cars and all of my family and friends who have so generously donated to support my fundraising efforts. It is wonderful that we have already raised £15,090 and this money will go towards funding research and support for patients just like me who have been treated for Upper GI cancer.

“I would urge people who are experiencing difficulty swallowing food and drink to go to their GP and ask for an endoscopy. It is so crucial that cancers of the gastro-intestinal system are caught early and are dealt with.”

Richard’s good friend and Team Parker Racing co-owner, Stuart Parker, supplied one of the racing cars used by the team, a Bentley Continental GT3, for a special photoshoot at the Queen Elizabeth Hospital Birmingham to celebrate the cheque being passed over to Ewen Griffiths and Les Woodhall, from the Upper GI Support Group.

Cathryn Worth, Fundraising Manager at QEHB Charity, said: “Huge thanks goes to Richard for his incredible support for the Upper GI team here at the hospital. He has raised such an amazing amount of money, which will go a long way in supporting patients with cancer.”