Fundraiser facing fears for the hospital that saved his life 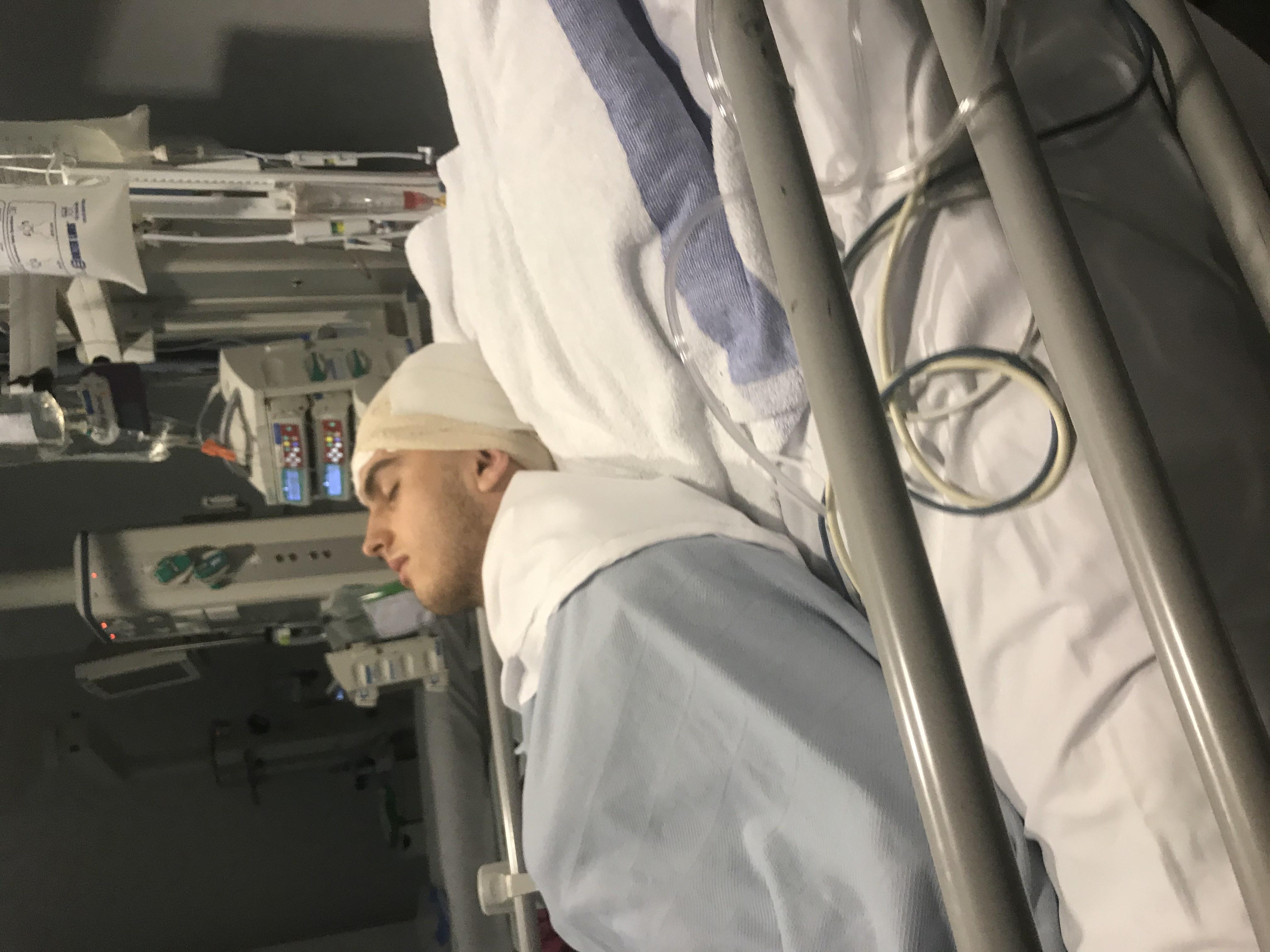 On 2 December 2020, 18-year-old Oli Owens suffered a cerebral haemorrhage. Six months later, Oli has signed up to do a skydive for University Hospitals Birmingham (UHB) Charity, to raise money for Critical Care and Ward 409, where he received life-saving treatment.

Oli was in the gym when he felt unwell and decided to return to his room. He was found unconscious 40 minutes later. Oli had suffered a cerebral haemorrhage (bleed on the brain) caused by a ruptured AVM.
Oli was rushed to the Queen Elizabeth Hospital Birmingham (QEHB), where they performed a craniotomy to remove the burst arteries and the blood clot that had formed. Oli was then looked after following the operation on both Critical Care and Ward 409.

Oli, who was 17 years old at the time he fell ill, is in his final year of school, and having recently sat his final A Level exams, is hoping to study German and Politics at Durham University from September.
In December, he spent three weeks in hospital. Fortunately he was home just in time for Christmas. Just six months later, Oli has signed up to a skydive for UHB Charity, to raise money for Critical Care and Ward 409, after they saved his life and looked after him so well.

Speaking on this, Oli said “I owe them so much and that's why I am facing my fear of heights and doing a skydive (once I have got the all-clear from the doctors) to raise money for them.”
“I chose to do a skydive as it is easy to appreciate how challenging it is, and my hope is that it will convince more people to donate!”

Senior Fundraising Officer at UHB Charity, Katy de Cothi, said: “Oli’s story is truly inspirational. Not only is he facing his fears to raise money for the charity, but he has just taken his final A Level exams and is doing all this just six months after he was in hospital!”

If you would like to support Oli’s inspirational challenge, you can do so on his JustGiving page here.