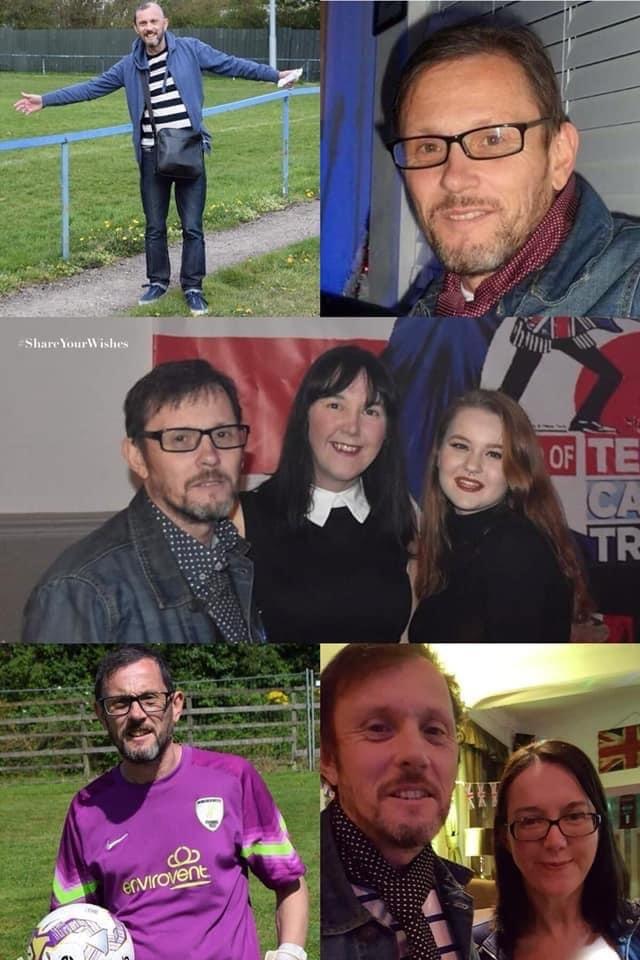 An incredible donation of £3250 has been made in memory of Phill Alcock who sadly passed away in 2019 after a heart transplant. Phill was a great supporter of UHB Charity, and this donation further adds to the lasting legacy he leaves behind.

The money was raised by his fiancée Sarah Bramley, Phill’s daughter Olivia and some of his lifelong friends. Sarah said: “After Phill passed away, I was overwhelmed with the number of messages I received from people telling me how much Phill had shaped their lives and what a special man he was. It was then that I decided I must do something to honour Phill and the extraordinary difference he made to so many people.”

The money will be used to purchase 12 INR testing kits which will make a huge difference to heart patients’ physical and mental wellbeing. The kits allow patients to monitor their levels of warfarin to ensure it is at safe levels at home, rather than having to go into hospital every 2-3 weeks.

Sarah added: “Knowing that the money we have raised will go towards INR testing kits is incredibly fitting. Phill was always so positive and would make light of his numerous appointments to go and have his blood tested, him and his daughter would place bets on what his levels would be that day to try and make a game out of it. Thanks to these testing kits patients like Phill will now no longer have to go through the stress and inconvenience of hospital visits, but can monitor themselves from the comfort of their own homes. I’m so pleased people like Phill will benefit in this way as it frees up their time for the good things in life like spending time with family.”

Philippa Doherty, Heart and Lung Transplant Co-ordinator, said: “The team here remember Phill fondly and we are very moved Sarah and his friends and family have been busy fundraising in his memory. The money they have raised will make a real difference to our patients and allow them to lead fuller lives. It makes for a fantastic tribute to Phill and the generosity he exhibited in his life.”

Cathryn Worth, Fundraising Manager at UHB Charity, said: “Sarah has supported the charity for years and we cannot thank her enough for her latest donation. Thanks to her donation 12 more people have the chance to lead happier, healthier lives.”