Fundraiser raises £100,000 in memory of husband 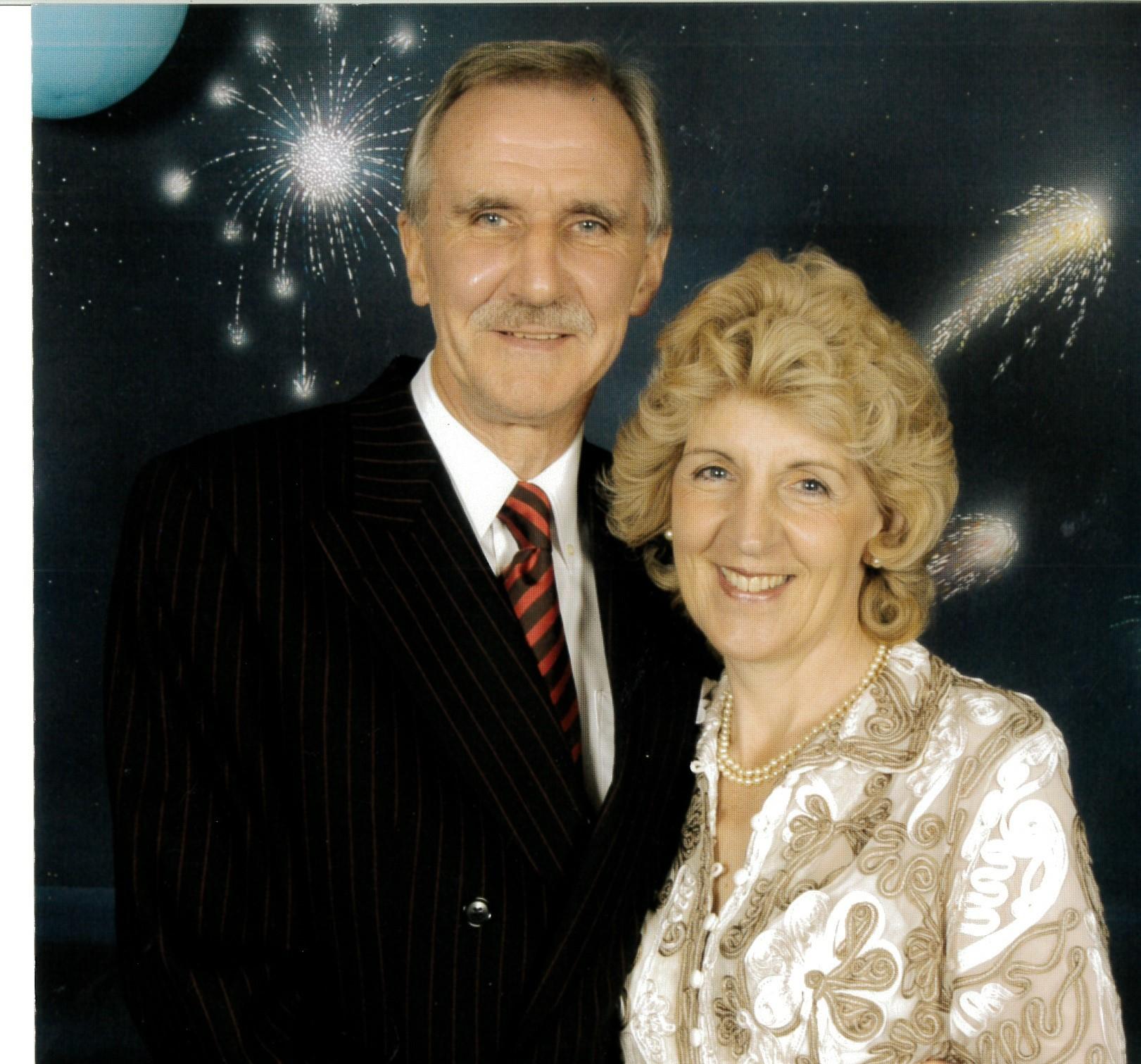 Dick Bate was a beloved husband, father and friend and worked as a coach educator for the Football Association in England, Canada, South Korea, Malaysia and many more countries across the world. He lived with his wife, Maggie, in Ross on Wye.

Dick was diagnosed with a brain tumour and received treatment at the Queen Elizabeth Hospital Birmingham.  There, he received world class treatment under the care of Consultant Neurosurgeon Ismail Ughratdar.  Whilst at the QE Dick and Maggie heard about the work of The Giles’ Trust.  They both decided to fundraise for the charity but sadly in April 2018 Dick passed away.

Maggie then vowed to raise £100,000 in her husband’s memory and one year later held a charity dinner and auction which saw signed football shirts from every premiership club as well as other divisions  go under the hammer.  Supported by Dick’s friends and colleagues from the Football Association the event raised £50,000.

Determined to reach her target Maggie continued to fundraise – even through Covid with the release of an anthology of Dick’s work.  The Dick Bate Football Anthology is a collection of thousands of documents written by Dick over the course of his fifty year career and has received support from football stars including Gareth Southgate, Wayne Rooney and Ole Gunner Solskjaer. The Anthology has been available to purchase and download for a donation of £25 and well over 600 have been downloaded to date.

Maggie’s final push with her fundraising took place this April where she supported the Giles’ Trust Ball, an event organised by Stine Giles’ and her friends, and  Maggie was again helped by Dick’s friends from the world of football.  Maggie supplied auction prizes which included an England Shirt signed by Gareth Southgate, a Liverpool Shirt signed by Luis Diaz and an Aston Villa shirt signed by some of the players from the 1982 European Cup Winning Team.

Maggie’s fundraising has now surpassed an incredible £101,000. The Giles’ Trust raises money to support the work of the brain tumour team who are working tirelessly to not just support patients with brain tumours but to push forward research and utilise cutting edge equipment.  You can read more on the Giles Trust here https://www.hospitalcharity.org/thegilestrust

Maggie said “Fundraising for The Giles’ Trust gave me a focus at a time of my life when I felt so sad and lost and in need of a reason to carry on.  Whether spending time organising car boot sales, coffee mornings, raffles to larger scale events – it all helped. I’m so pleased to have raised money for The Giles’ Trust and I’m so grateful to all of

Dick’s friends and colleagues who have helped me make this possible, in particular Sean Dyche and Steve Rutter.
When I told Steve we had hit our target of £100,000 this was his response which I think sums up my husband and what he would have wanted.  He said: "This is wonderful news, you must be incredibly proud and it is a reflection of the esteem Dick was held in, all over the football world, by people who really love football. Dick’s legacy continues through those he inspired in the world of coaching and now it will impact massively through the money raised in his memory and the research it will fund."