A fundraising trek to give back for amazing treatment 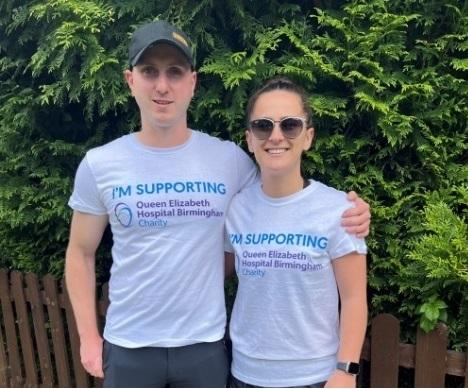 Katie and a group of friends are soon set to embark on a mammoth trek, all in the name of Charity. They are set to climb the National Three Peaks in order to raise money for the Upper GI Team and Cancer Centre that provided such excellent treatment to Katie’s Dad after he was diagnosed with oesophageal cancer.

Katie shared: “Last May my dad was under treatment for oesophageal cancer at the Cancer Centre under the Upper GI Team. This treatment lasted until around October time. Unfortunately, a few weeks ago we were told that he has another oesophageal cancerous tumour so he is now awaiting surgery and still under their care at the moment.

“The treatment he received was second to none. The Upper GI team were always there to answer any questions. They were able to take away any pressures and concerns we had and tried to make everything as smooth as possible. In such a bad circumstance, it was humbling to meet so many nice people. Going to the Cancer Centre for treatments and appointments, it was astonishing how many people were there of all ages suffering with cancer. Everyone is affected by cancer at some point in their lives, whether that is directly or indirectly.

“As cliché as this sounds but it is an actual journey, people’s treatment is a journey and the team really supported us through this journey.

“It is taken for granted the hard work that these teams do in treating cancer, supporting patients and their loved ones. We therefore, wanted to do our bit to raise money and say thank you to all those involved in treating cancer.”

If you would like to donate to Katie’s fundraising trek to help support the Upper GI team and Cancer Centre at the Queen Elizabeth Hospital Birmingham, you can do so here.