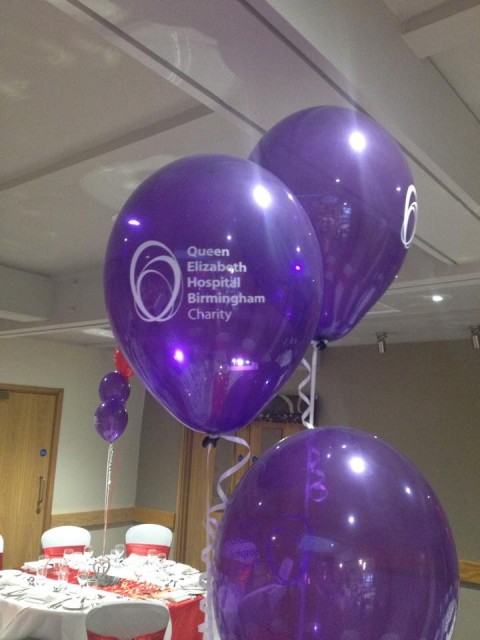 When Ian Parker felt ill and decided to get an early night in December 2011, he never expected to wake up a fortnight later in intensive care.

Ian had succumbed to heart failure. His devastated wife, Dee, was advised to prepare for the worst, and the entire family was lost in shock. However, against the odds, Mr Parker did regain consciousness.

The couple were then informed that Ian required a heart transplant.

While trying to keep up his health for as long as he could, Ian sadly passed away while on the transplant waiting list.

Dee Parker has described the team treating her husband at the Queen Elizabeth Hospital Birmingham as ‘fantastic’. Due to her admiration and gratitude toward the staff at the QE for their diligent care of her husband, Dee held her first fundraising event for QEHB Charity’s Heart & Lung Transplant Fund and the British Heart Foundation last year.

Her ball of 2014 raised a staggering £2,600, but Dee does not want to stop there. She has decided to make this ball an annual occasion, and thus is holding her next ball at the Lea Marston hotel on Saturday 3rd October.

The ball is set to be a sparkling event complete with a three course meal, live DJ, and a prize raffle.

Dee says: “I am confident that this year will be just as successful as 2014, as well as being an excellent occasion during which to not only fundraise for but promote and increase awareness of these two worthy charities.”

“I am sure I don’t need to explain why these charities mean so much to me and my family, and why it would mean even more to me if you could help and support this event in any way possible.”

All monies raised will be split 50/50 between the two charities, and Dee wishes the funds raised for QEHB Charity to go to the QEHB Charity’s Heart & Lung Transplant Fund.

Laura Power, Senior Fundraiser at QEHB Charity, said: “The bravery that Dee has displayed, both throughout her husband’s illness and in subsequent fundraising events, is unparalleled. While the amount of UK organ donors is steadily increasing, three people every day are passing away while on the waiting list for the gift of life. On behalf of the charity, I want to wish Dee every success in her fundraising to help both the QEHB Charity’s Heart & Lung Transplant Fund and British Heart Foundation.”