Lloyds bank gets a full house in fundraising! 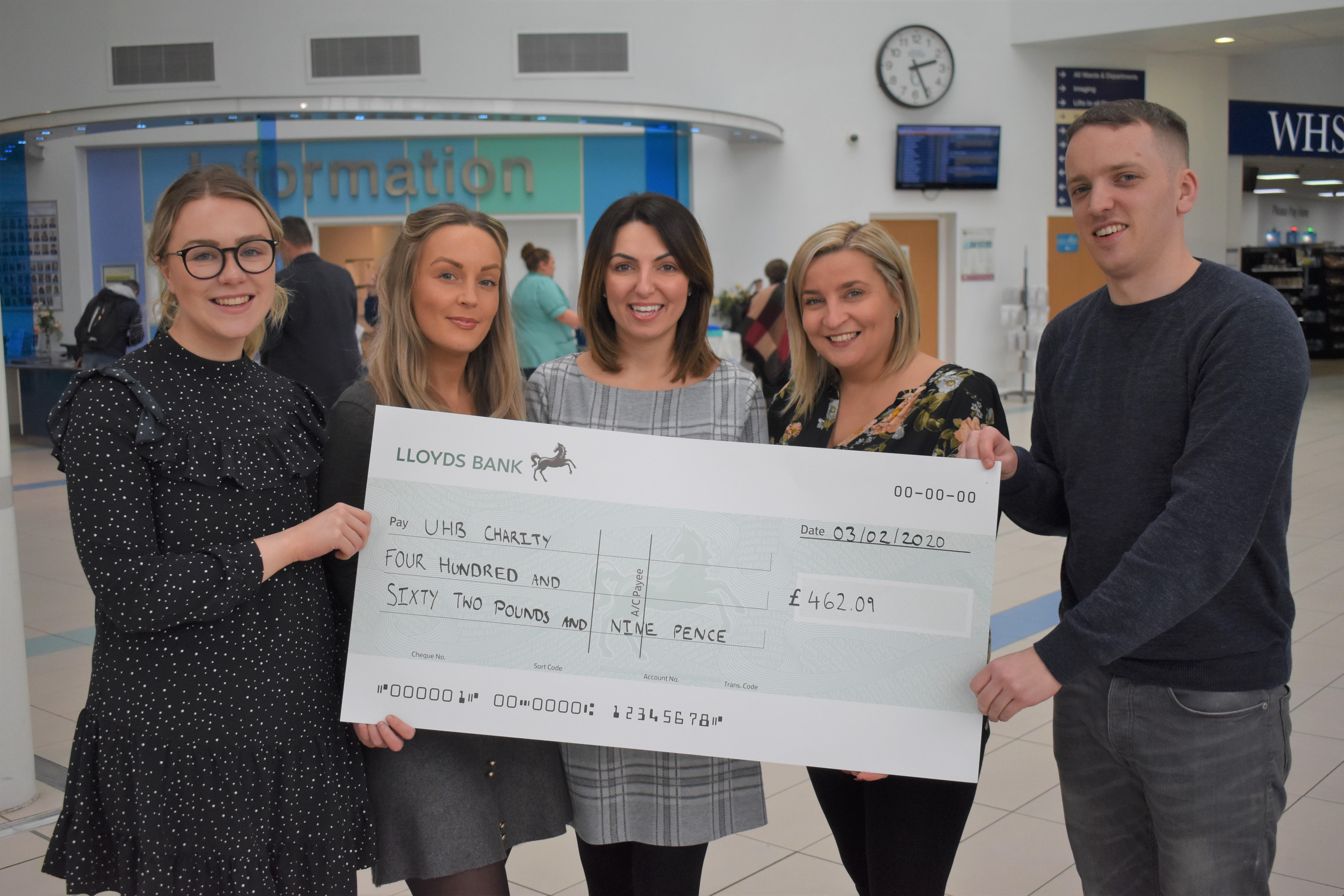 The team over at Lloyds bank in Birmingham chose the Queen Elizabeth Hospital Birmingham Charity as their Christmas charity partner and took on lots of fundraising activities as a team to raise money!

Starting off with Festive Jumper Day, the team got their best, or worst, Christmas jumpers on on Friday 13 December to help raise money for the Charity!

As well as this, the team took part in office bingo with other office around the country including Manchester, Glasgow and Edinburgh! To play bingo across the country, members of staff bought their bingo cards by donating £1 each and then on the day they were emailed numbers every half an hour and had to reply with ‘line’ or ‘full house’ to win prizes!

Nicola Owens, Improvement and Engagement Business Developer at Lloyds in Birmingham, said: “It was so much fun playing office bingo, we will definitely be doing it again to raise money for the hospital charity!”

They had their total raised matched funded by Lloyds bank which brought their total raised to an incredible £462.09! As well as playing bingo, the team held a huge bake sale in the Birmingham office to add to their fundraising total.

Ellie Pocock, Fundraising Assistant at QEHB Charity, said: “A huge thank you goes to the teams at Lloyds across the country for helping to raise an amazing amount of money for the hospital charity.

“The money raised will go towards funding added extras that go ‘over and above’ what the NHS can provide.”

To find out more about how you can get involved with fundraising, please click here, or email charities@uhb.nhs.uk.