Paul walks 100 miles of the South Downs Way for QEHB 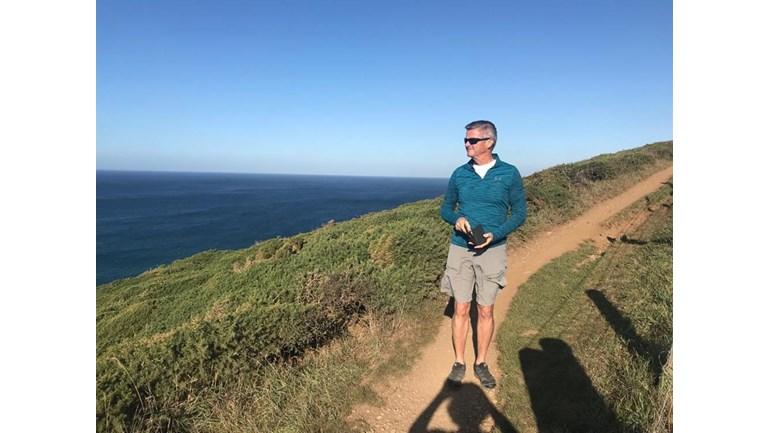 Paul Isaacs was diagnosed with a malignant tumour on his tonsils which meant he had to endure six weeks of radiotherapy and chemotherapy. Now, thanks to the incredible care he received at the Queen Elizabeth Hospital Birmingham, Paul is walking 100 miles of the South Downs Way with the aim to raise an incredible £20,000!

Starting in Winchester and ending in Eastbourne, Paul is aiming to raise as much money as he can for the department that treated him when he was diagnosed with cancer.

“The care was exemplary, they kept me alive!”

With this being Paul’s first challenge like this, he has set himself the huge target of raising £20,000 for the Radiotherapy Department at QEHB where he was treated for his tumour.

He said: “One year on and I feel fit enough to try and do something to repay the skill, support and expertise of all those who helped me through the last year.

“As an incentive to give generously, I will personally double whatever is raised from individual donations in an effort to raise as much as I can for the Radiotherapy Department at QEHB. They do a fantastic job treating and caring for those with all forms of cancer.”

So far, Paul has raised £6,734.74 on his JustGiving page, with an additional donation of £5,000 from Lord Digby Jones who is also joining him for a part of his walk on Friday 11 October.

Sophie Carroll, Senior Fundraiser for the Queen Elizabeth Hospital Birmingham Charity, said: “Paul is taking on an incredible challenge for the Radiotherapy Department and has so far raised an incredible amount of money.

“All of the money that Paul raises will go towards funding added extras that go ‘over and above’ what the NHS can fund to make patient’s stay at the hospital a little bit more comfortable.”

Click here to donate now to help Paul beat his fundraising target for the Radiotherapy Department.

To find out more about the Cancer appeal at QEHB and what you can do to help, please click here.