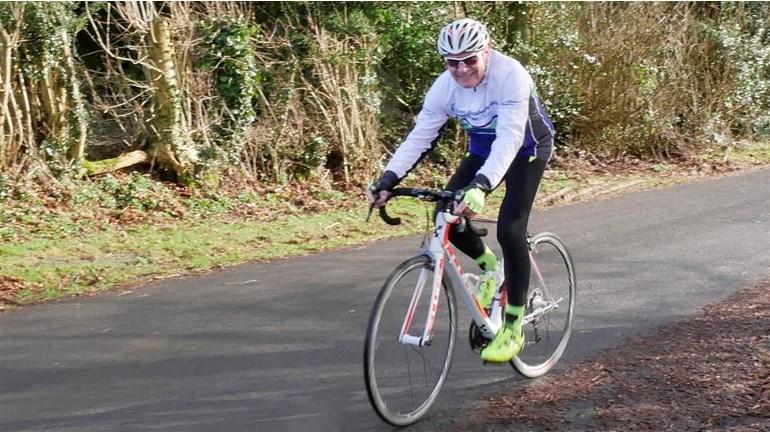 Roger Barker is preparing to cycle 100 miles as Velo Birmingham & Midlands returns to the roads of the West Midlands this summer. Like many other people riding to raise money for Queen Elizabeth Hospital Birmingham Charity, Roger has a deeply personal connection to the hospital. 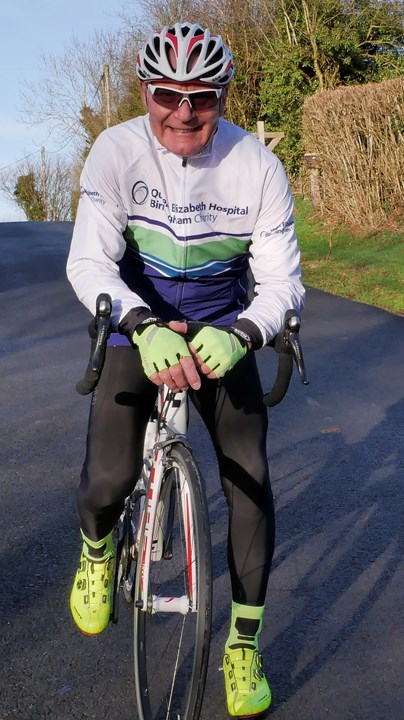 Roger lives in Ludlow with his wife, Lynn, who was diagnosed with advanced skin cancer in 2018. Roger said: “Lynn had a malignant melanoma and sentinel lymph nodes removed at the Queen Elizabeth Hospital Birmingham and at the time there was no indication that the cancer had spread anywhere.”

In June 2019 it was discovered that Lynn had developed a brain tumour. Roger said: “We were devastated. It was confirmed to be a malignant tumour and she received complicated neurological surgery, followed by CyberKnife treatment.”

Lynn has gone on to receive a course of innovative immunotherapy as part of a trial at the hospital, also funded thanks to generous donations to the Charity. The immunotherapy treatment comprises a new family of drugs which seek to identify cancer cells and destroy them using the body’s own immune system.

Roger said: “QEHB is at the forefront of the implementation of this very recently-discovered family of cancer treatments. QEHB Charity funds the research into their uses and already some positive and exciting results have been announced. We are hoping that Lynn will benefit from this treatment, and spending so much time at the hospital, you come to realise what goes on behind the scenes.”

“I want to do something that will go some way to repaying them and also assist the research that will benefit cancer patients across the board.”

Whilst Roger is not looking to break any records whilst out on the course he hopes that his cycling efforts will inspire people to donate to support the work of the hospital charity.

Roger has already raised an incredible £1,700 through his JustGiving page. You can help him to reach his target of £2,500 here.