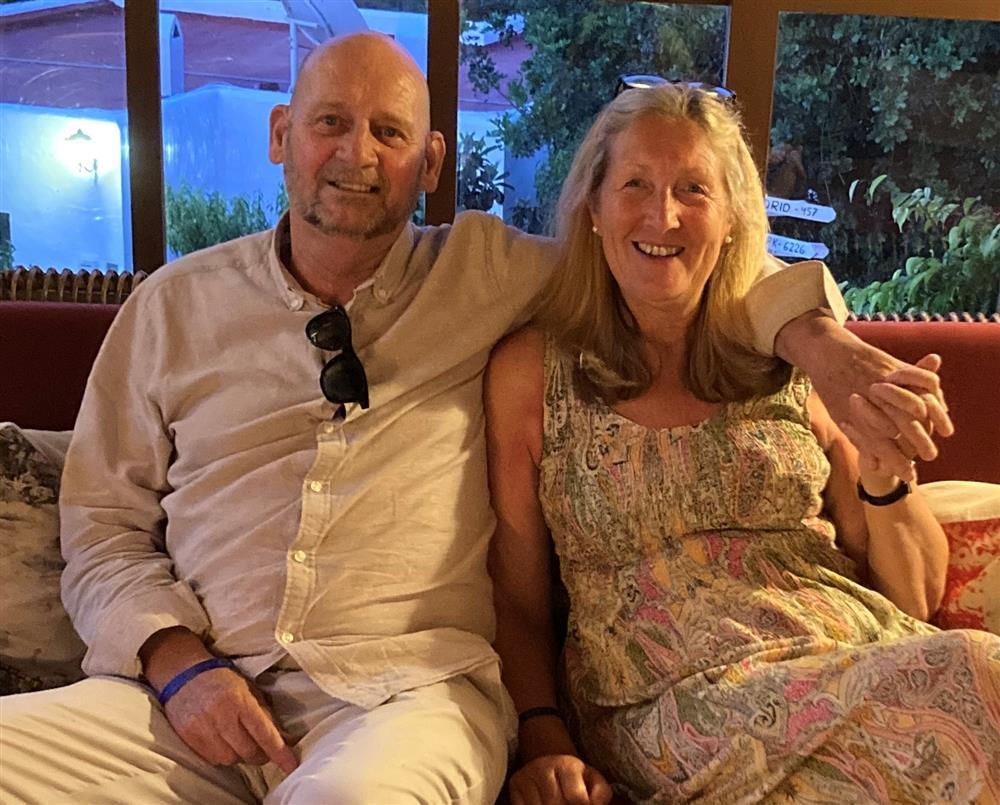 Shirley just embarked on the challenge of a lifetime, by taking on a skydive to raise funds for the transplant team that provided such excellent care for her husband Richard.

Shirley’s husband Richard has been undergoing treatment at the Queen Elizabeth Hospital for over 10 years. It all began when Richard suffered a heart attack in 2011 at age 55, leaving him with severe heart failure.

The following year Richard was fitted with a Left Ventricular Assist Device (LVAD) and was put on the heart transplant list. LVADs are still a relatively new treatment for patients awaiting a heart transplant, helping them live a more normal life in the meantime. Richard provided us with more information about these devices:
“It’s basically a pump that they plug into your heart internally. If they don’t do anything about it the right hand side starts to do the work of the left hand side, which will ultimately lead to complete heart failure.”

Richard’s LVAD was amongst one of the first few fitted at the Queen Elizabeth Hospital Birmingham, which he had for eight years. However, in April 2020 Richard was moved to the urgent transplant list due to an infection that was causing major concern.

Shortly after that he received a call that was set to change his life; he was about to have a heart transplant. Richard and Shirley both said a mix of emotions came with receiving that call. Richard recalls he thought “wow, is this finally over?  I think I may now have the chance to be free of living with the LVAD and start a new journey.”

Following this call, Richard underwent a massive 16 hour operation, followed by 11 days spent in a coma. Richard expressed, “I don’t know how close it was to a different outcome and they won’t tell you but I think the doctors probably thought ‘you lucky man!’”

Following the transplant Richard was put on a number of drugs to help with the potential of rejection, and in the first year the couple regularly returned to the hospital for check-ups. Shirley and her husband Richard also spoke of the side effects that post-transplant patients can go through, including hallucinations from the drugs.

Shirley has been documenting Richard’s journey and their experience following a transplant, in the hope it’ll help others in the future. 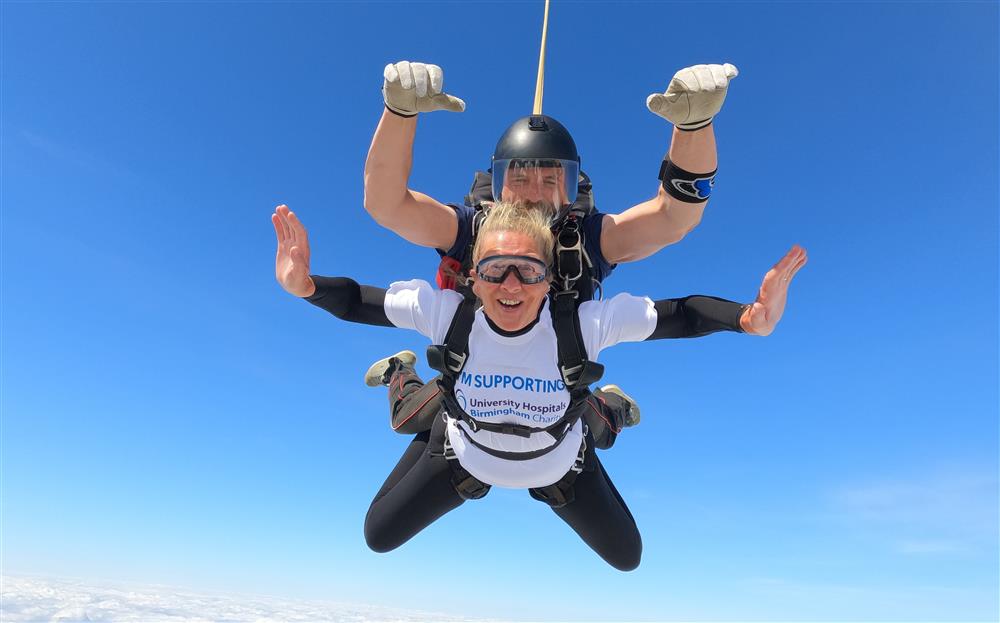 Shirley expressed: “I decided to take on this skydive as a way to give something back, as we are just in awe of the hospital, the whole experience has been so positive. There was a point that we thought will he ever get a transplant, but he did; we were so lucky. We are truly blessed to be able to continue our journey together after being married for over 43 years and producing four children who have given us 10 grandchildren.

The dedicated care and support given by the heart transplant team and the rest of the hospital staff will stay with us forever and this is just a way of saying thank you.”

The money raised will go directly to support other transplant patients like Richard, which could help towards rehabilitation equipment and counselling care for future LVAD or heart transplant patients, which is crucial for gaining strength both physically and mentally during recovery.

If you would like to show your support for Shirley’s epic skydive adventure and help other transplant patients, you can do so here.