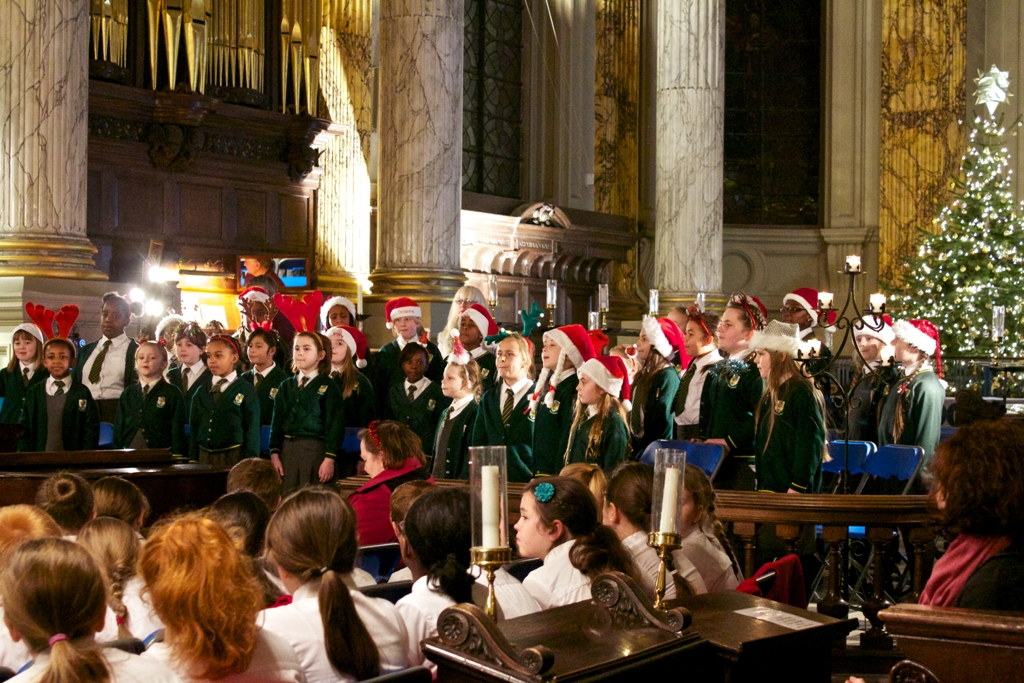 With just under a week to go, time is running out to buy tickets for QEHB Charity’s ever-popular Christmas Carol Concert, generously supported this year by Lookers Vauxhall in Selly Oak.

On Thursday 17 December, the annual Christmas Carol Concert in support of patients at the QE will return for 2015 when the Band of the West Midlands Fire Service will take to St Philip’s Cathedral.

Armed with a merry medley of Christmas songs, the band will be joined by special guest choirs of local children from St Edward’s Catholic Primary School and St Peter’s Church of England Primary School. Traditional carols and festive favourites – from Once in Royal David’s City to Hark the Herald Angels Sing – will alternate with readings and time for reflection.

This year, the Christmas Carol Concert will raise funds in support of three worthy hospital causes: the Queen Elizabeth Hospital Birmingham Faith Centre; the Dignity in Care Fund, which supports elderly patients; and Fisher House, QEHB Charity’s ‘home away from home’ for military patients and their families.

Michael Tivey, Fundraising Officer at QEHB Charity, said: “Every year our Christmas Carol Concert delivers a range of talented vocalists, and 2015 will be no exception! We’re getting into the Christmas spirit and are really excited to be welcoming the excellent Band of the West Midlands Fire Service, as well as choirs from St Peter’s and St Edward’s primary schools. We’d also like to thank Lookers Vauxhall for their kind support of the event.”

The concert will take place at St Philip’s Cathedral on Colmore Row, with doors opening at 7pm. Tickets cost £6 for adults, with under-16s admitted for free.