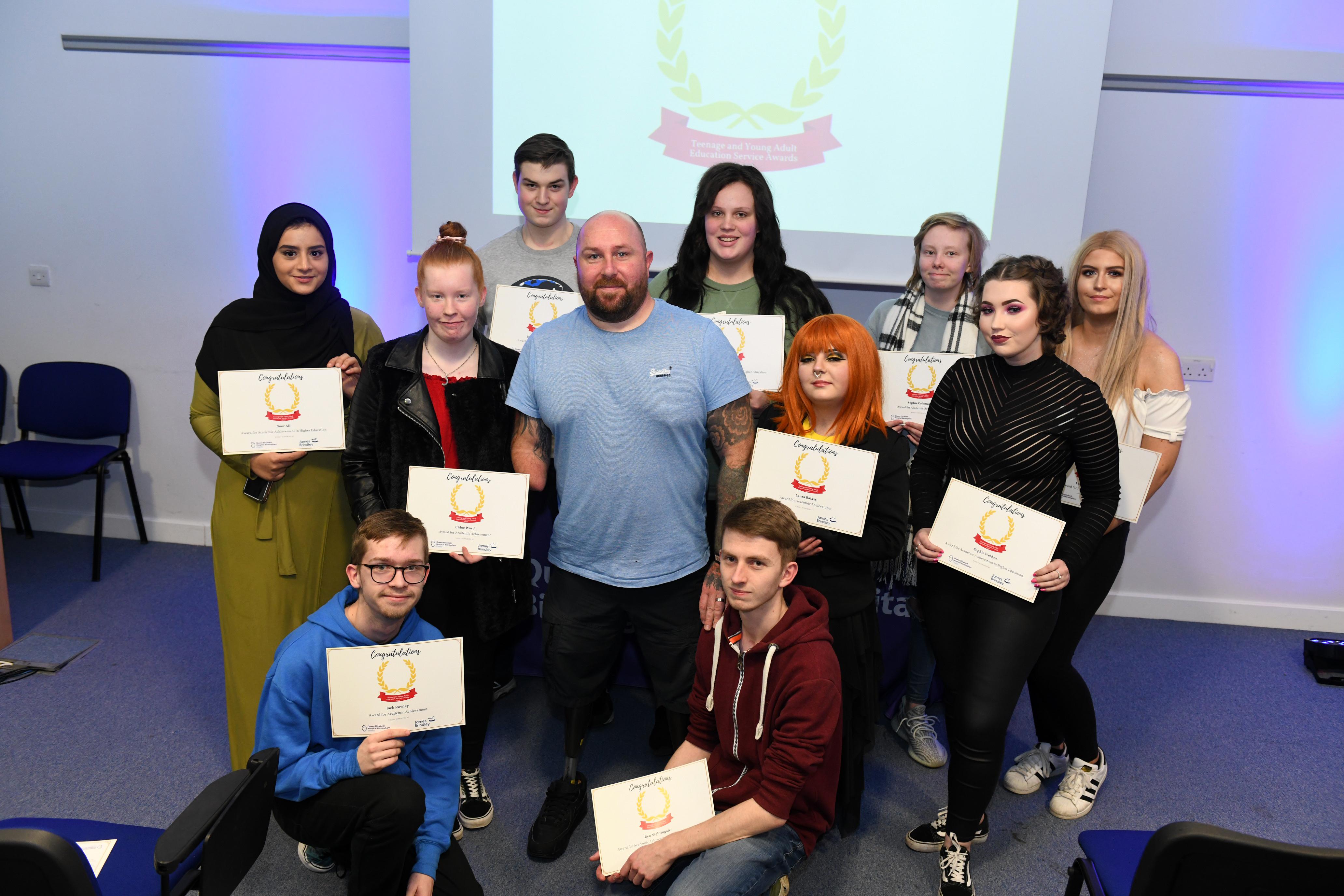 Young patients from the West Midlands Teenage and Young Adults Service were recognised for their achievements at a special awards ceremony hosted by the Queen Elizabeth Hospital Birmingham Charity and the James Brindley Academy.

The Teenage Cancer Trust Young Person’s Unit treats teenagers and young adults aged 16-25 for cancer. Whilst they are receiving treatment on the unit, many of the young people will work with Jayne Ruisi, who is a specialist teacher from the James Brindley Academy. Jayne's post is funded by QEHB Charity and hers is the only specialist teaching position in an NHS hospital in the UK.

Jayne and the Teenage and Young Adults team, with support from QEHB Charity, held an awards night to celebrate the amazing achievements of the young people who have engaged with the education service over the past year.

The night was a huge success, with Dave Watson, Motivational Speaker and Patient Advocate for Fisher House, giving a talk about his life and how he has faced, and overcome, adversity. 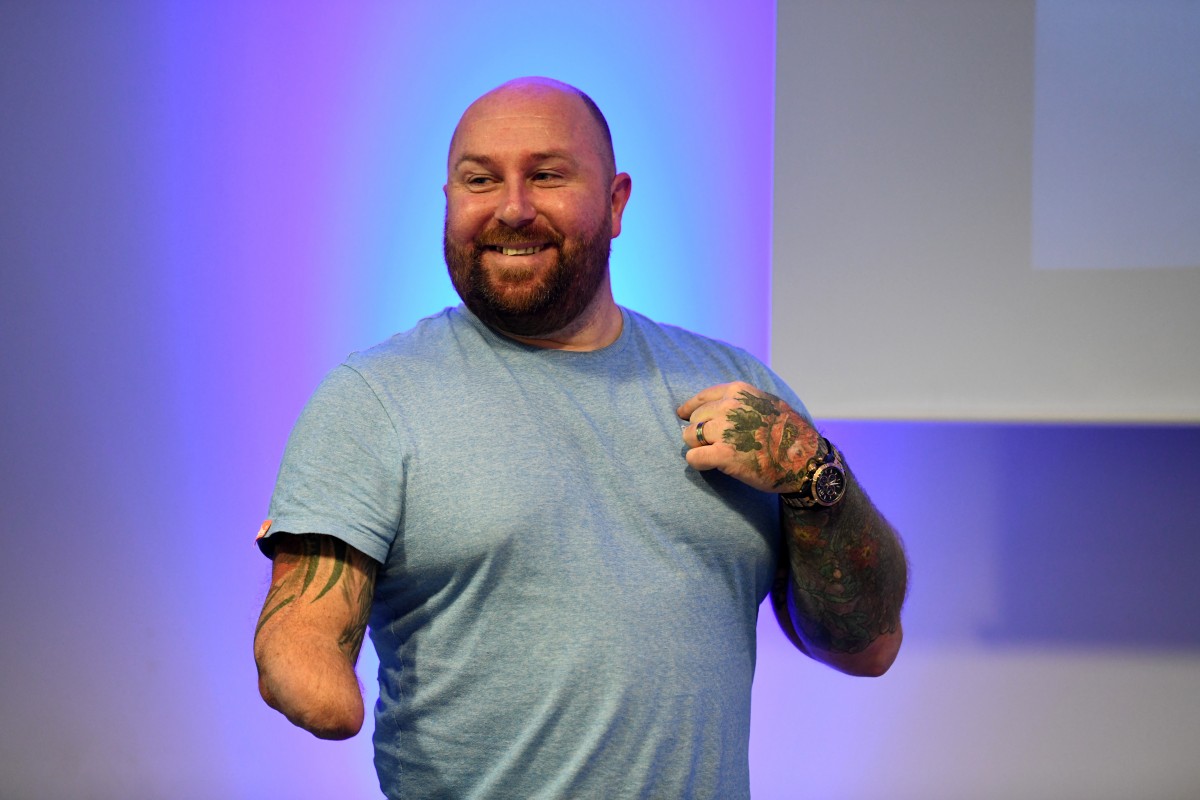 Amongst the award winners were Ben and Sophie. Ben has recently graduated from Birmingham City University with a First-Class Honours MA Hons Degree in International Human Rights. Jayne Ruisi said: “Ben continued to study whilst receiving treatment in the Day Clinic on the Young Persons Unit. As well as completing his degree, Ben is passionate about history and there were many interesting and intellectual debates on Friday mornings in clinic!” 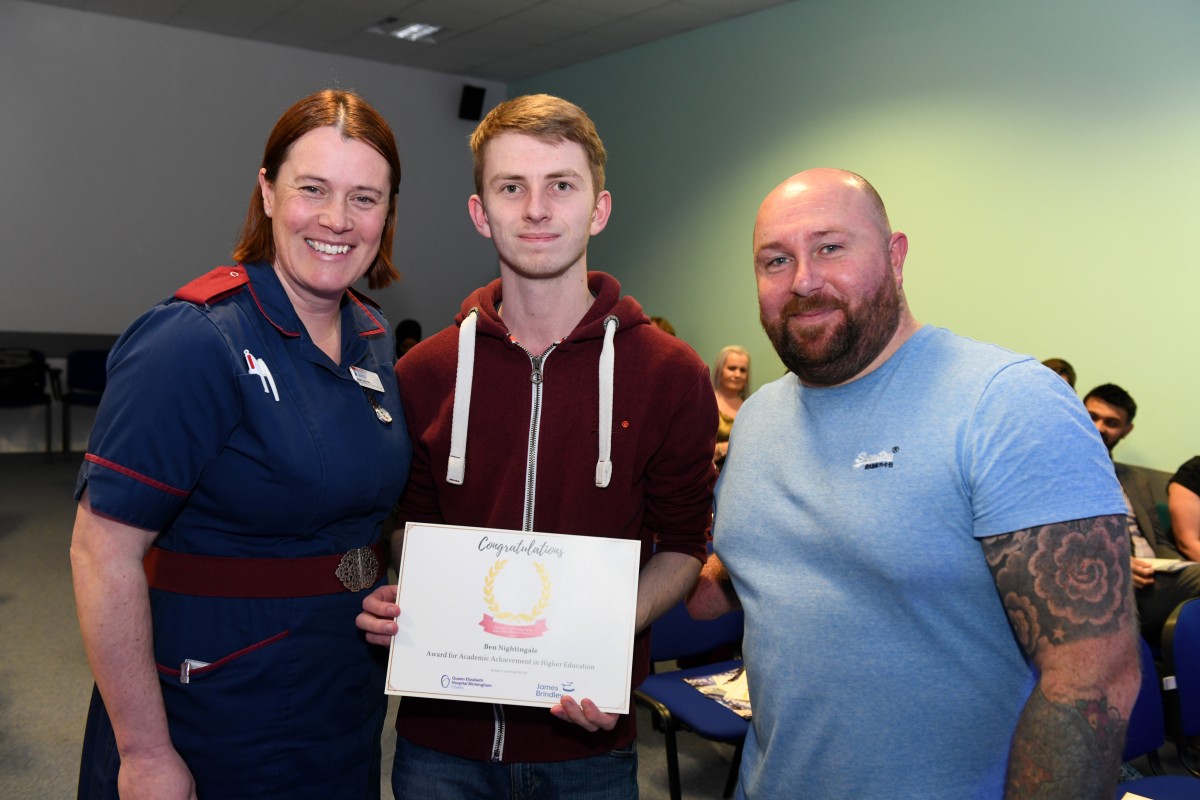 Jayne said: “It was an absolute pleasure to be able to present our young people with these awards. They have all worked so hard on their education and employment in the midst of cancer diagnosis and treatment. They were all a pleasure to work with and on behalf of everyone from the West Midlands Teenage and Young Adults Service I’d like to wish them all the very best for their future.” 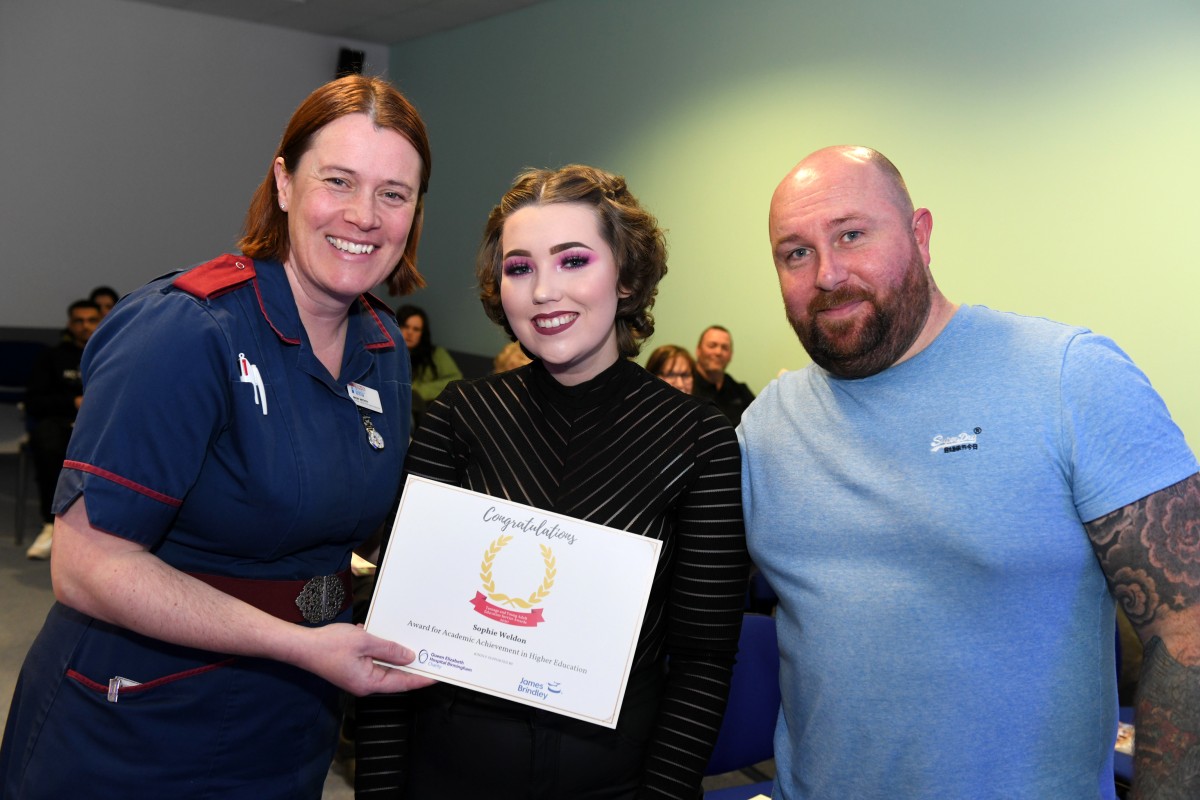 The evening was rounded-off nicely thanks to delicious pizza provided by Domino’s Birmingham, who have been raising money to support QEHB Charity for the past two years, raising £20,000.

If you would like to find out more about how QEHB Charity supports the incredible work that Jayne does as part of the Teenage and Young Adults Service, or about the other ways that we support young people with cancer, then go to hospitalcharity.org/teenagecancer