The ‘Fox Machine’ in memory of loving wife and remarkable patient, Ann Fox 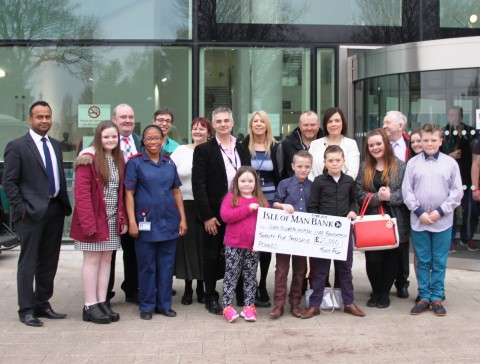 A machine that is being brought to the Liver department at the Queen Elizabeth Hospital Birmingham is to be renamed the ‘Fox machine’ in memory of Ann Fox, a patient and fundraiser who sadly passed away just days after her fundraising event.

The QEHB Charity funded Normothermic Regional Perfusion machine (NRP), which will be renamed the ‘Fox machine’, keeps the liver, pancreas and kidneys perfused with the donors’ own oxygenated blood after circulatory death. This means the organs are healthier and less likely to be damaged than with conventional retrieval after circulatory standstill, increasing the number of potential organ donors and improving the likelihood of a successful transplant.

Ann was diagnosed with the progressive disease ‘Autoimmune Hepatitis’ over twenty years ago. In April 2014, she underwent a liver transplant at the Queen Elizabeth Hospital Birmingham.

To thank staff at the QE for her care Ann and her husband, Tony, organised a glamorous ball to raise money for QEHB Charity’s Liver Foundation.

Sadly, Ann was at the QE at the time of the ball, which took place in their hometown at the Isle of Man in November, and tragically died just a few days after.

Tony, along with his two children and grandchildren, met QEHB Charity’s Fundraising Officer Abi Cligg and staff from the Liver department at the hospital, to present a cheque for £25,000.

Tony said: “Following serious illness and a subsequent liver transplant, Ann wanted to give something back in appreciation of the skilful care and consideration offered to her by staff at the Queen Elizabeth Hospital Birmingham.

“Ann was a wonderful woman and we are all deeply touched, as I know she would be, by the generosity you have shown in naming this machine in her memory. Her legacy will live on in the long and fulfilling lives of those she has been able to help.

“To all of the staff at the QE we must express sincere gratitude. You gave Ann back to us with hope. Although the time wasn’t plentiful, it was cherished, and for that we will each be eternally grateful.”

Mr Thamara Perera, a consultant liver transplant surgeon at the QE, commented: “Ann was a remarkable woman and it is a real honour to be able to name this machine, which will help thousands of patients in future, after her.”

Abi Cligg, Fundraising Officer at QEHB Charity, added: “It was a great joy to meet Tony and his family at the hospital, and we are incredibly touched and humbled by Ann and Tony’s generous donation.”