Meet the team at University Hospitals Birmingham Charity and find out what we all do. 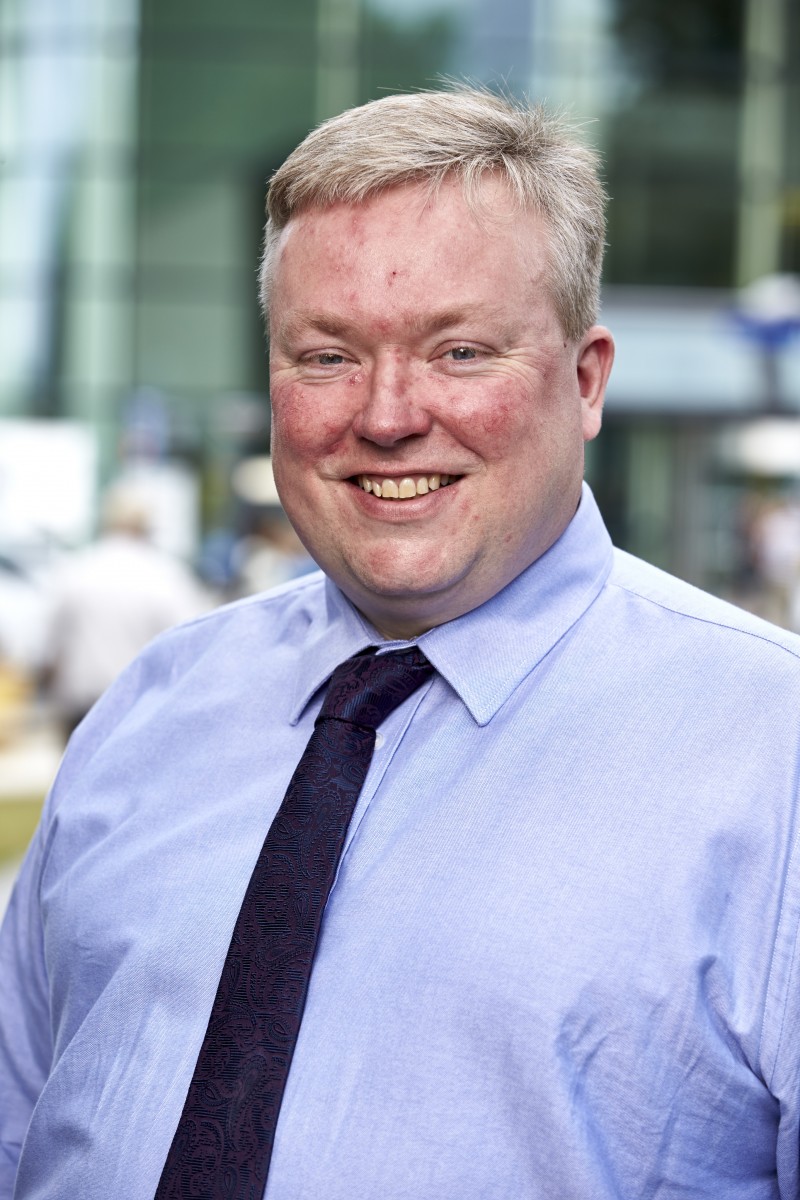 Mike joined the hospital charity in February 2009, following 12 years at Bradford & Bingley, where he was Head of Internal Communications & Corporate Social Responsibility.

Since 2009, Mike has led a successful relaunch and rebrand of the hospital charity at the Queen Elizabeth Hospital Birmingham which saw over £25 million being spent on supporting patients, families and staff at the hospital over a five year period, including the building of Fisher House, the "home away from home" for military patients and their families.

Mike has led many multi-million-pound appeals at the Charity including bringing the first CyberKnife cancer treatment machine in the UK outside of London to the Queen Elizabeth Hospital Birmingham, constructing Fisher House, the creation of the Centre for Rare Diseases and funding the AcceleraTED cancer drugs repurposing trial.

He is a member of the Association of Chief Executives of Voluntary Organisations and the Institute of Fundraising. He is also a director of the Bradford & Bingley Pension Fund.

Married to Elizabeth, a pharmacist, Mike is a member of the Lords Taverners. He enjoys all sports, especially American Football. 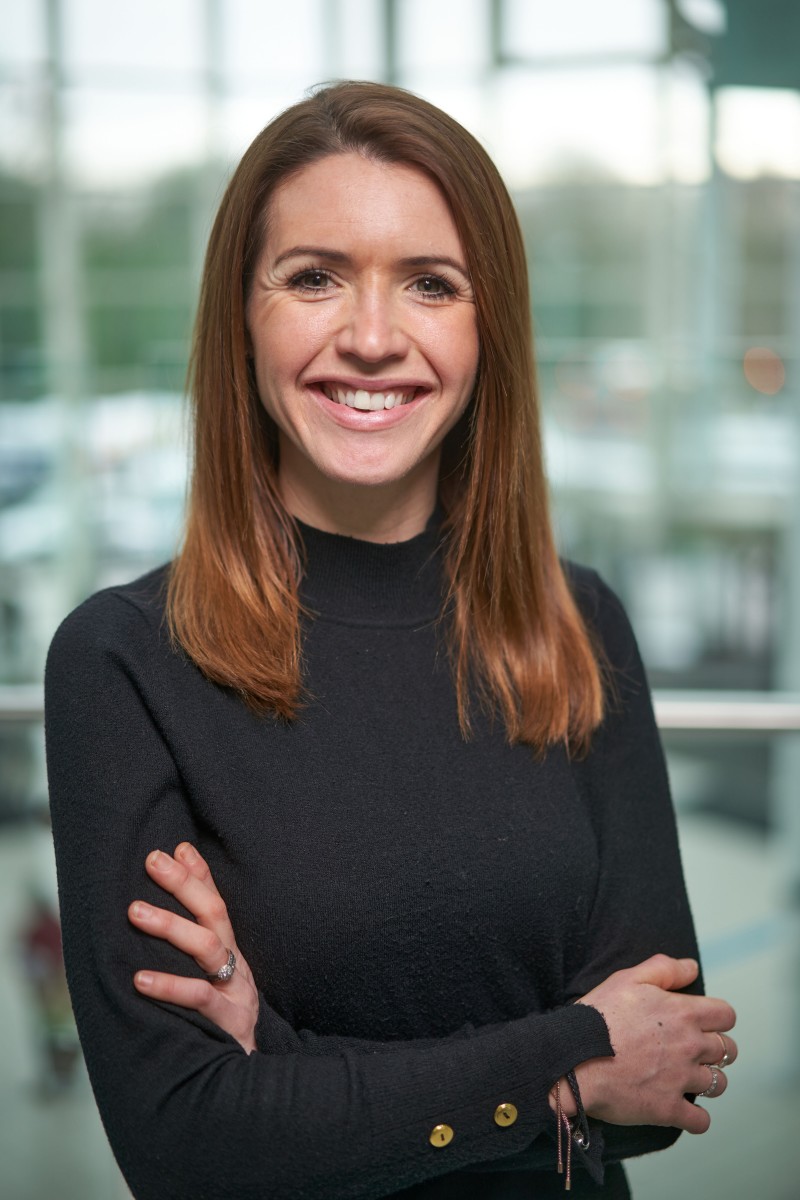 She also loves going out with friends, eating chocolate and drinking prosecco. She is married to her husband, Chris, who runs a property and garden maintenance company bringing rented houses back to life!

Charlotte says her favourite food is raspberries because “I just love them!”

Charlotte said: “I’m looking forward to directly seeing the difference fundraising makes to staff, patients and families, and seeing all the different type of events the Charity hosts!” 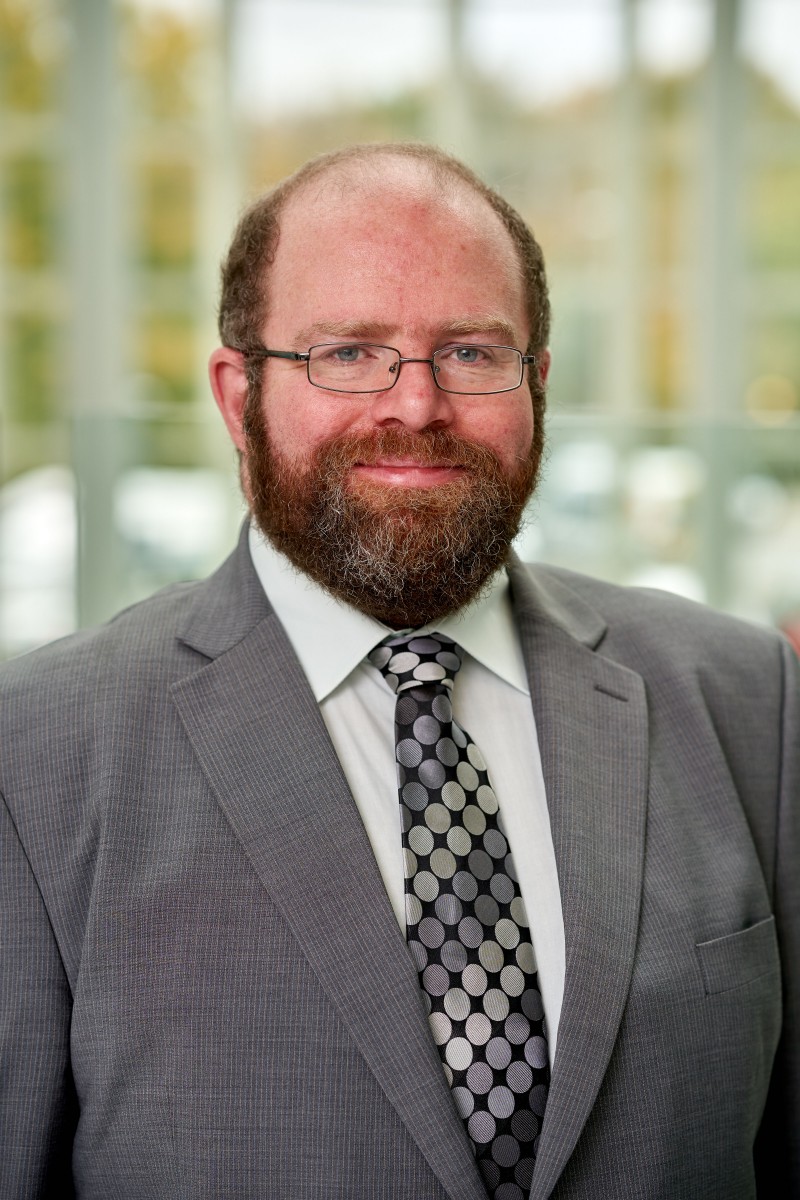 Tom joined the Charity team in November 2019, having spent 13 years in the Royal Air Force as an Engineer Officer. During this time, Tom worked with 99 Squadron and was part of the team that look after the C-17 aircraft which transported injured Service People to the Queen Elizabeth Hospital Birmingham.

Tom said: “My time in the forces made me aware of the amazing work that takes place at the Royal Centre for Defence Medicine here at QEHB, I’m really excited to be working at this great hospital.”

In his spare time Tom plays for Moseley Oak Rugby Football Club as a tight-head prop, and speaking of his team mates said: “Most of them weren’t born when I started playing!”

Tom’s dream holiday destination would be to Australia, and he hopes to go ‘down-under’ soon to visit his brother in Melbourne and watch the British & Irish Lions at the same time! 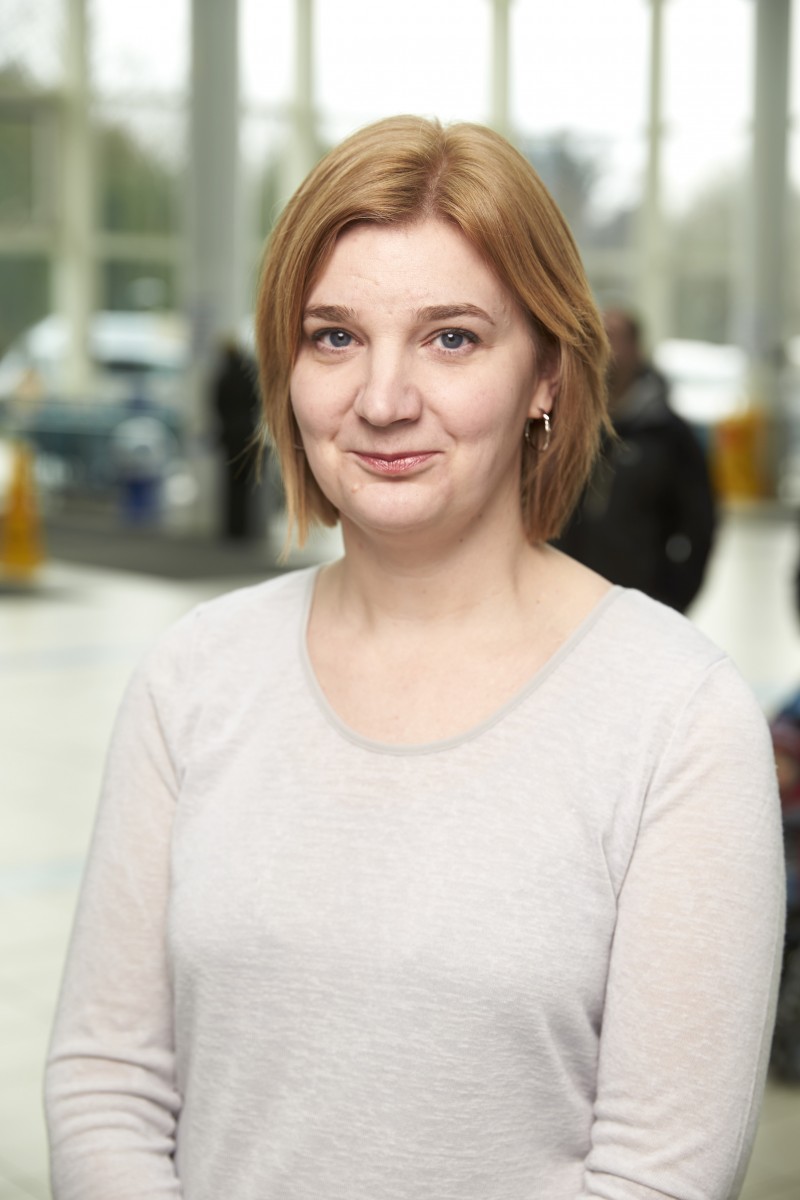 Cathryn began working at the charity in January 2016. She enjoys going out into the hospital and finding out more about the various departments and wards in order to see how the charity could support them.

In regard to pet hates, Cathryn said: “I have a few, but they all make me sound like a grumpy old woman to the extent that I could be described as a female version of Victor Meldrew; for that reason, I shall be keeping them to myself!”

Cathryn enjoys getting out into the countryside and being with her family in her spare time, as well as running (“I’d like to say I like running but I am not sure I’m fast enough for it to be classed as running!”) and watching athletics, T20 cricket, and football.

An unusual fact about Cathryn is that first took part in a fundraising run at the age of ten, running ten miles in one hour and fifty minutes. 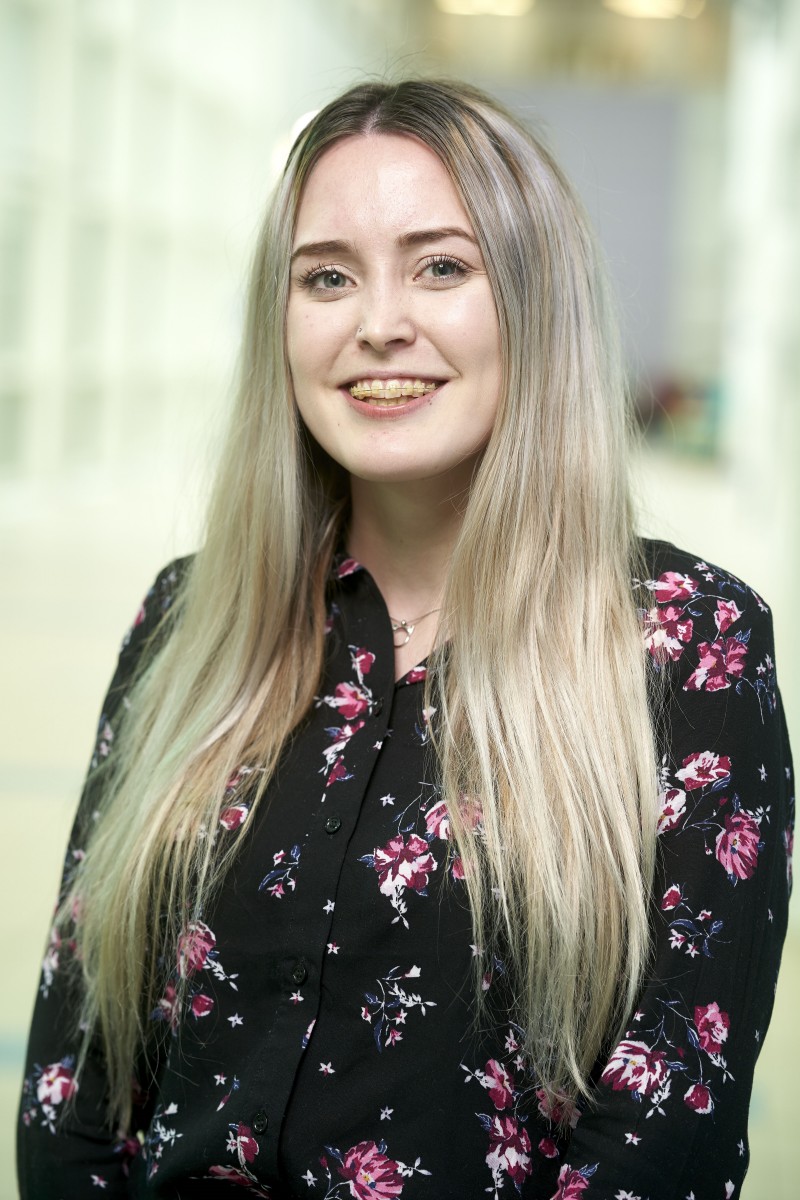 Before joining the Charity, Roisin studied English Literature at the University of Worcester.

Roisin's favourite food is anything spicy, she said: "I really like spicy foods, like a madras curry!"

Her pet hate is people that have no manners.

When asked what she is most looking forward to about working for the hospital charity, Roisin said: "I am so excited to work for the Charity, I really like the feeling of doing something rewarding, it's a wholesome job and I cannot wait to see the events I organise take shape!"

In her spare time, Roisin loves going to live music concerts such as Bastille or Coldplay. A fun fact about Roisin is that she has four cats that she adopted, Molly, Maisy, Yuki and Zeus. 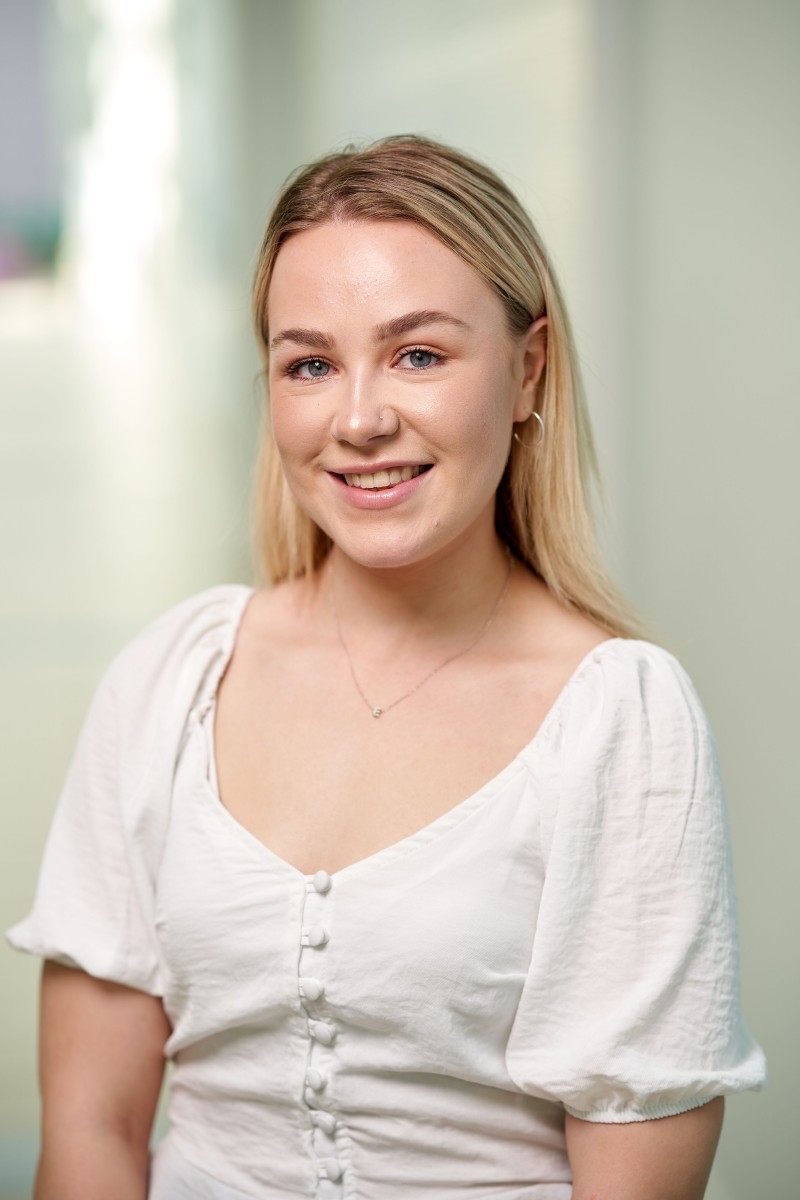 Ellie graduated from University of Southampton with a degree in Sociology and Criminology and has joined the fundraising team at the Queen Elizabeth Hospital Birmingham.

As part of her role, Ellie is responsible for the Pets in Hospital scheme, and said: “I really love working with all of our amazing volunteers and their lovely four-legged friends. I can't wait to grow the scheme!"

Ellie loves meeting members of staff and fundraisers, and hearing their stories and inspiration for fundraising.

Ellie’s favourite food is cheese and her dream holiday destination is New Zealand. Speaking of her pet hate, she said: “Rude people on public transport – they’re the worst!” 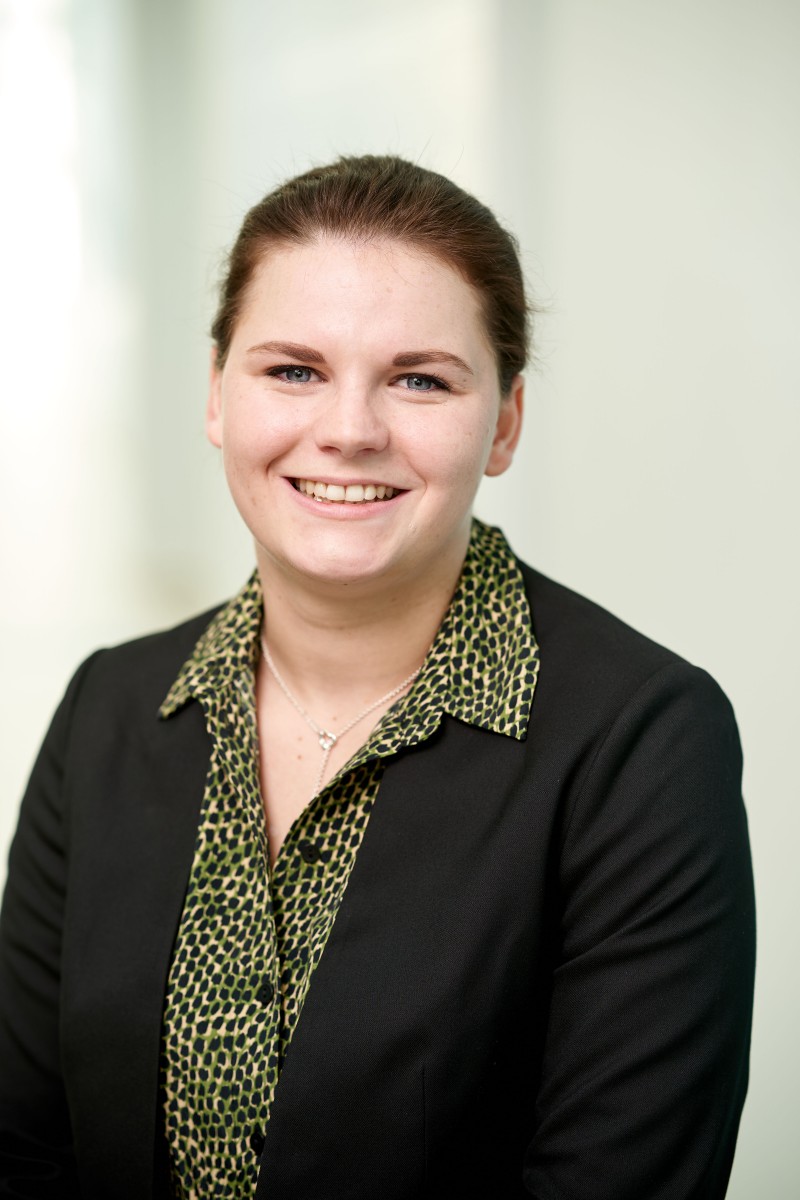 Prior to working at UHB Charity Katy worked as an Events Coordinator helping to organise and run events at Shelsley Walsh Hill Climb, on one occasion she organised a BBQ for the Prince of Bahrain!

An interesting fact about Katy is that she used to swim for the Wyre Forest County up until she was 15. In her spare time she likes to see her friends, go swimming and she also enjoys taking her two dogs named Oscar and Bertie for walks around the countryside.

Katy said: “I’m excited to start meeting the fundraisers and hearing about the inspiring stories.” 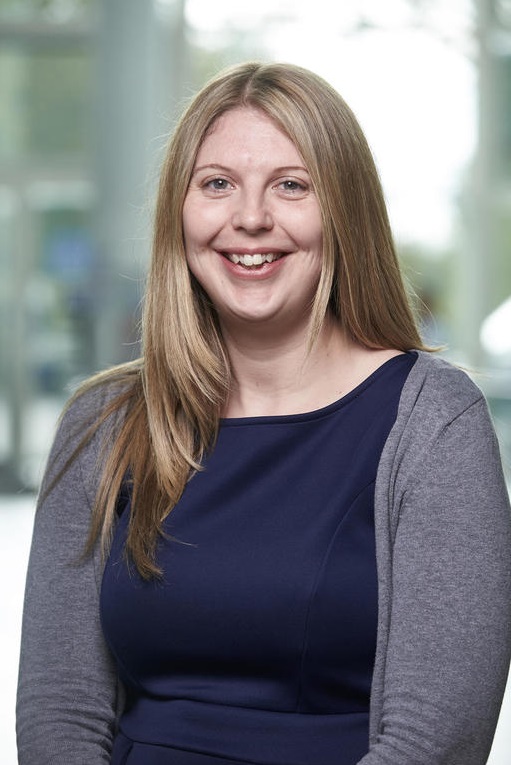 Gwen started working for the hospital charity in March 2015. She had previously worked at a small children’s charity for seven years in various admin and fundraising roles and prior to that she worked in customer support for an internet dating agency, which had its interesting moments!

Her favourite part of her job is the variety that each day brings. From answering the phones to visiting wards, manning stands and shaking buckets, there’s always someone new to meet or something new to learn.

Gwen absolutely loves pasta, which as a vegetarian is quite handy as it’s usually the only option. Her pet hate is poor punctuality.

In her spare time Gwen enjoys swimming, visiting scenic/historic places, photography and eating out. One thing that people are always surprised to learn about Gwen is that she used to have really curly hair until she got a bit too happy with the hair straighteners. 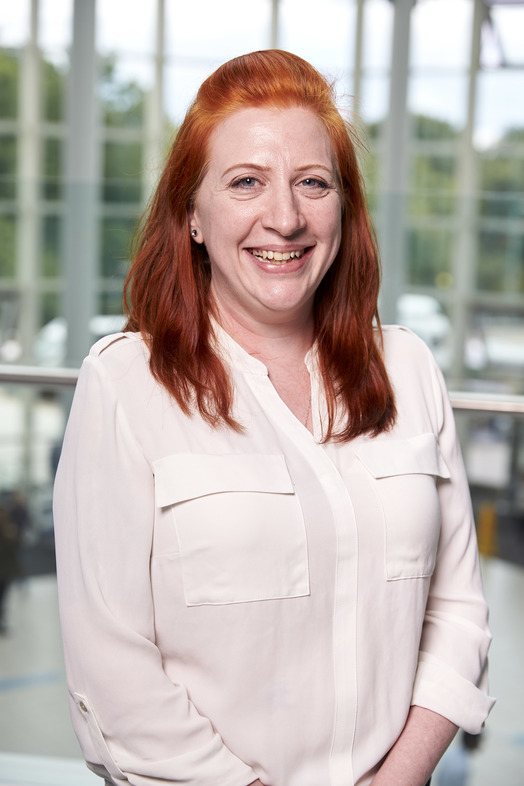 Beckie joined the team in July 2017 having previously worked at the British Heart Foundation, in the Supporter services team.

Beckie enjoys meeting the Charity’s fundraisers and supporters face to face, and seeing exactly how the work of the Charity is helping to provide added extras for staff and patients at UHB.

A self-confessed geek, Beckie enjoys trips to the cinema and has a very eclectic taste in film. Her dream holiday would be a trip to San Diego for Comicon.

In her spare time, Beckie loves binge watching TV series and reading books, especially a good Zombie Story, and spending time with her dog Opie who is a pug-cross.

An interesting fact about Beckie is she can trace her dad's family back to King Harold so she is descended from royalty! 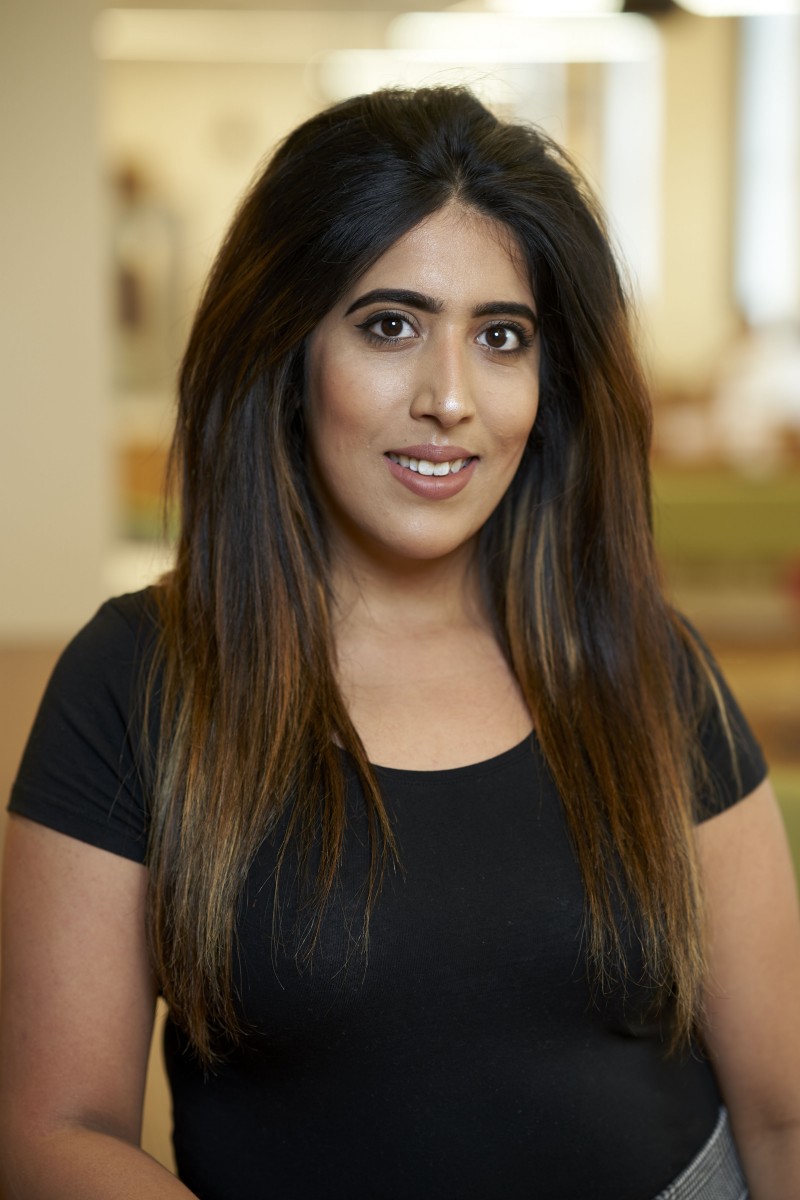 Before joining the Charity in May 2018 Sabrina worked as an Activities Co-ordinator for elderly people.

Her favourite aspect of her role within the Charity is that she gets to meet new people as well as being part of all the wonderful things the Charity offer.

Sabrina admitted that she knows all the words to every Disney song and film and that her favourite book is most definitely Wuthering Heights by Emily Brontë.

Once a week, Sabrina volunteers in Birmingham to help the homeless, providing them with food, toiletries and clothes.

Sabrina's pet hate is people burping around her. 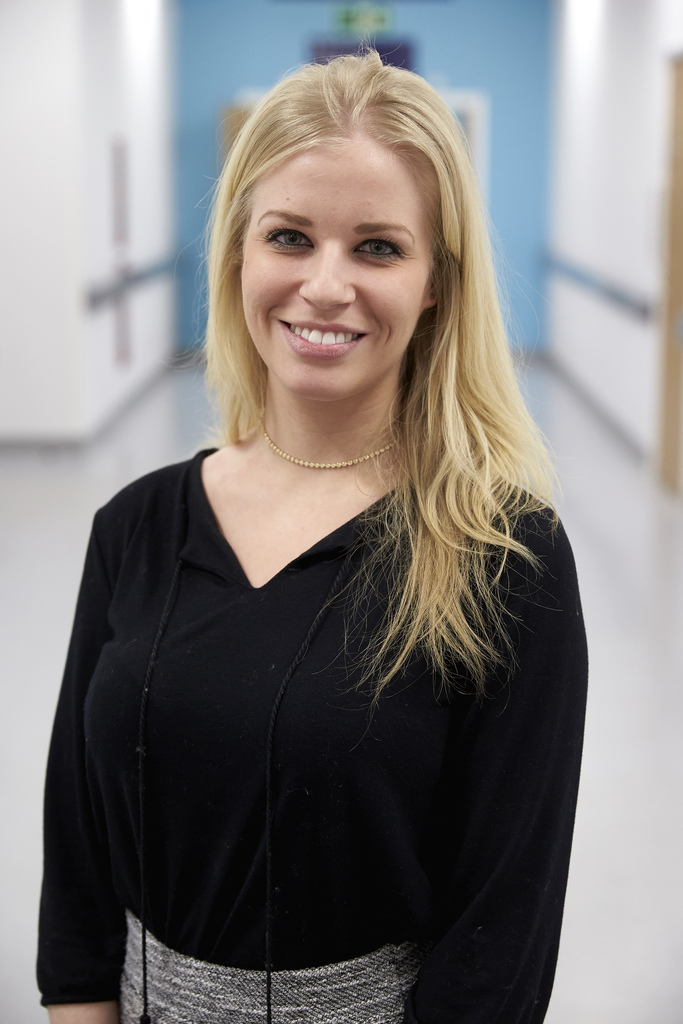 Laura joined the hospital charity team as Fundraising Assistant in June 2012, having graduated from University College Birmingham with a degree in Events Management.

Her favourite aspect of her job is meeting lots of new and interesting people.

Laura’s favourite food is Chinese (especially Cantonese sweet and sour chicken), and her pet hate is untidiness. An unknown fact about Laura is that she can name the States of America in alphabetical order! 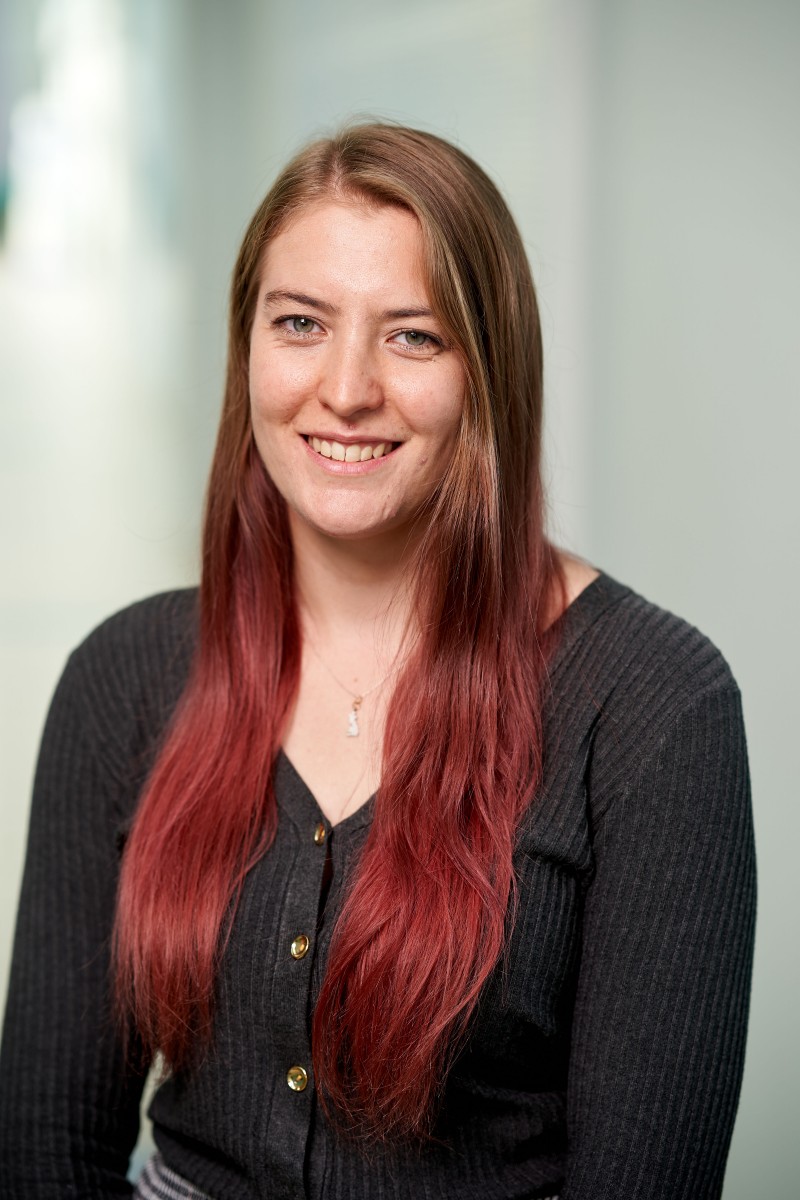 Elle joined the Charity and is based at Good Hope Hospital as a Fundraising Assistant. Previously, she worked for the British Heart Foundation in their Customer Care department.

Elle has been going through the ranks to become a Brownie leader since she was 14 and is now training to become a full leader in her spare time.

The thing she enjoys most about working for the Charity is “learning about all of the different appeals and seeing the difference the Charity makes within the hospital, the Children’s Outpatients Department looks amazing!”

She loves fresh seafood and loves going to Devon, but she is really looking forward to exploring Cuba one day.

An interesting fact about Elle is that she loves vintage cameras, she owns six! 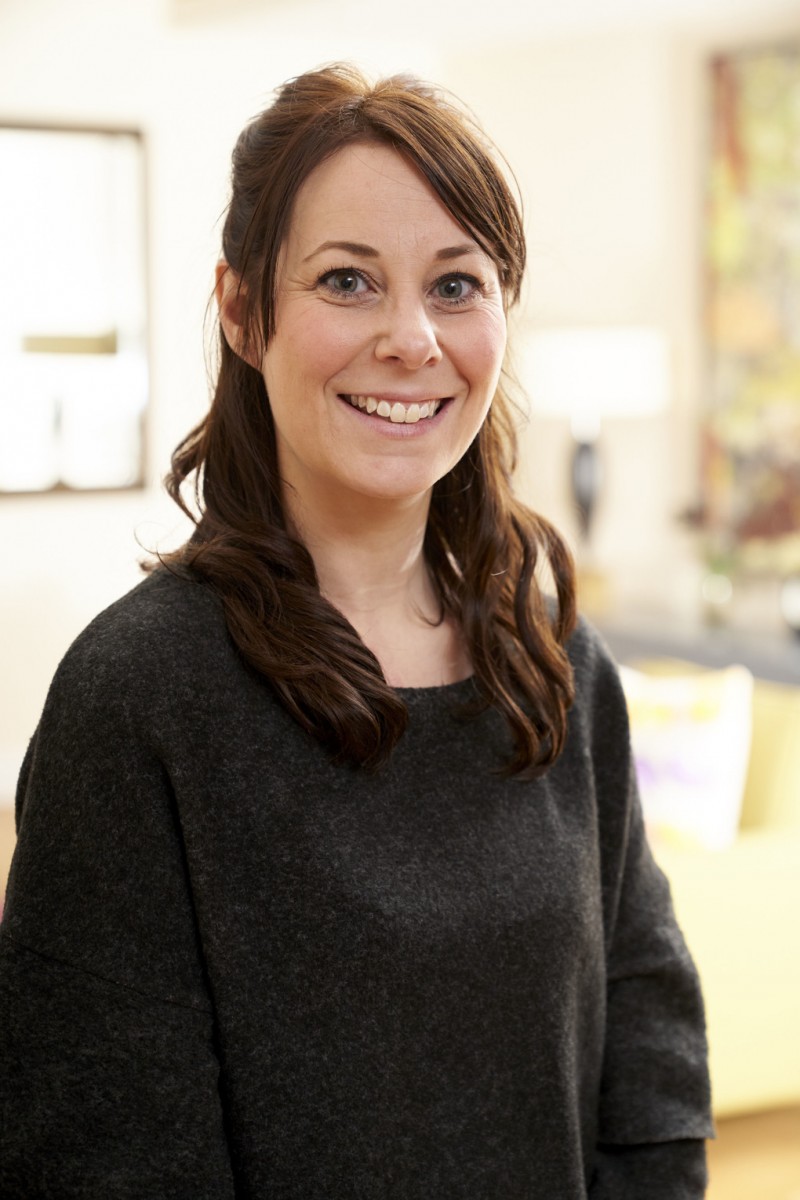 Sam works as Fundraising Manager at Solihull Hospital, having previously worked across Heartlands, Good Hope and Solihull since November 2013. Before this, Sam worked for Diabetes UK.

Sam loves walking and reading but says that she doesn't have all that much spare time due to her young sons who take up a lot of time! Sam's favourite food is Italian, "It's the best by a mile!" and loves spending time with her family.

When asked about her favourite part of the job, Sam said: "I love being able to make a difference to patients. Walking around the hospital and seeing the items that the Charity has funded is a fantastic feeling." 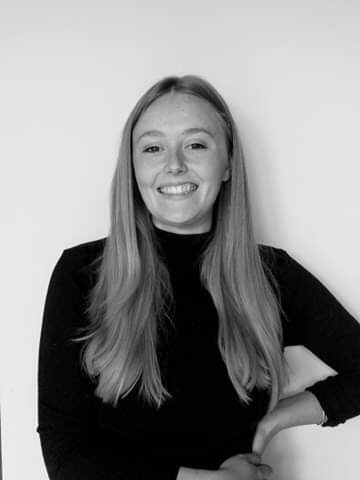 Sophie joined the team in March 2020 after graduating from the University of Bristol with a degree in Politics and International relations.

Her favourite part of the job is being able to work alongside our fantastic NHS staff during the Covid-19 pandemic, and witnessing how they have gone over and above for their patients. Sophie said: "this past year it has been really amazing to see the wonderful work our NHS do first hand, and supporting them during a global pandemic!"

Sophie's favourite food is curry, and her dream holiday would be island hopping around Greece, so she can pretend she is in Mammia Mia! 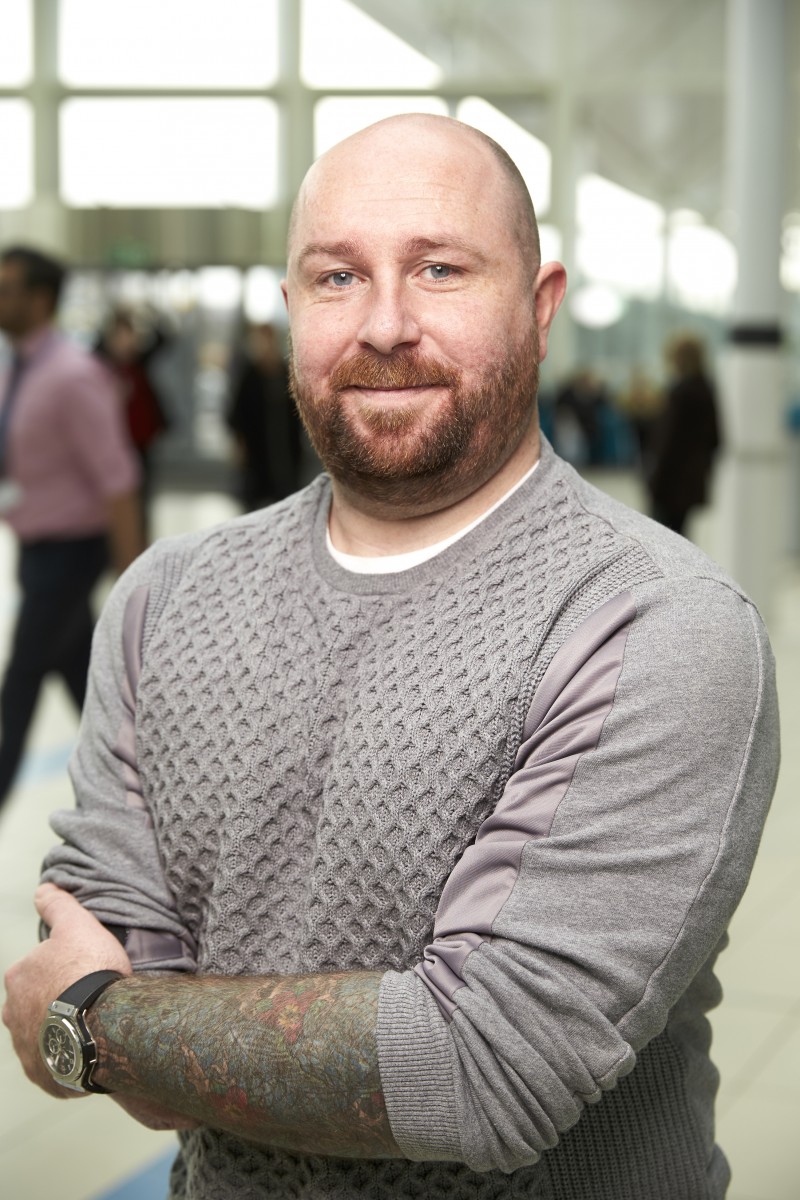 Dave joined the hospital charity in February 2016. As an ex-resident of Fisher House himself, Dave enjoys talking to others who have had similar experiences to himself, and bringing smiles back to their faces.

Dave’s favourite food is lasagne, and when asked about what his pet hate is, he revealed that he does not have one.

In his spare time, Dave enjoys fishing. An unknown fact about Dave is that he owns not one Olympic Torch but two, after being selected to carry one in both the Olympic and Paralympic Games of 2016.