Andrew runs half marathon to thank QEHB for care of wife 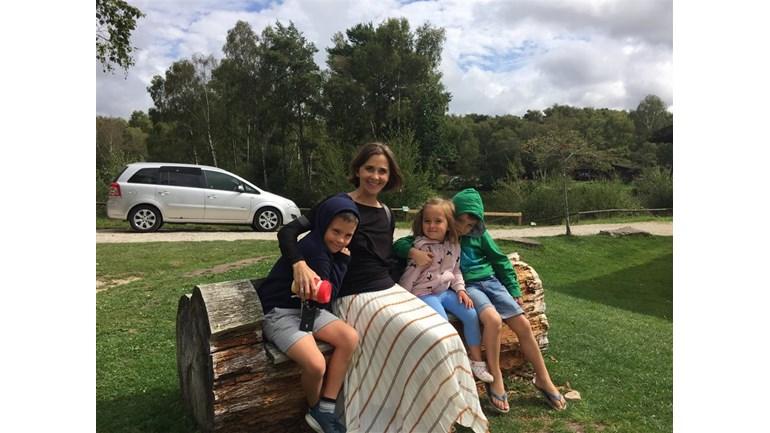 Andrew Easter is taking on the SimplyHealth Great Birmingham run this October to raise money for the hospital that treated his wife over the past eight years.

Andrew’s wife, Rachel, was diagnosed with Primary Sclerosing Cholangitis (PSC) which led to her needing a liver transplant in 2011. PSC is a long-term disease that affects the liver and gallbladder with inflammation and scarring of bile ducts which would normally allow bile to drain from the gallbladder.

Talking about her care at QEHB, Rachel said: “I was looked after by Professor Adams and his team and received brilliant care both before and after the operation.”

Since her liver transplant, Rachel found out at the beginning of the year that she had undiagnosed Shone’s Syndrome which affects the left side of the heart.

After feeling breathless whilst exercising which led to her being admitted to A&E, leading to the diagnosis of severe aortic and mitral stenosis, meaning the blood flow from one side of the heart to the other was being blocked.

Rachel needed urgent surgery and in April of this year she had a double heart valve replacement.

Talking about the treatment that Rachel has received, Andrew said: “The surgery was an incredibly complex and high risk procedure, it has been a tough road to recovery but I am really proud of Rachel and how well she is doing.

“The QE has given us the gift of life, the gift of being a family, and the gift to love our children and see them grow up. A day does not go by when I don’t fully appreciate what we have and it’s all thanks to the QE staff and the NHS.”

You can help Andrew reach his target for QEHB Charity by donating to his JustGiving page here.

To find out more about what the hospital charity does and how you can get involved with fundraising, please click here.