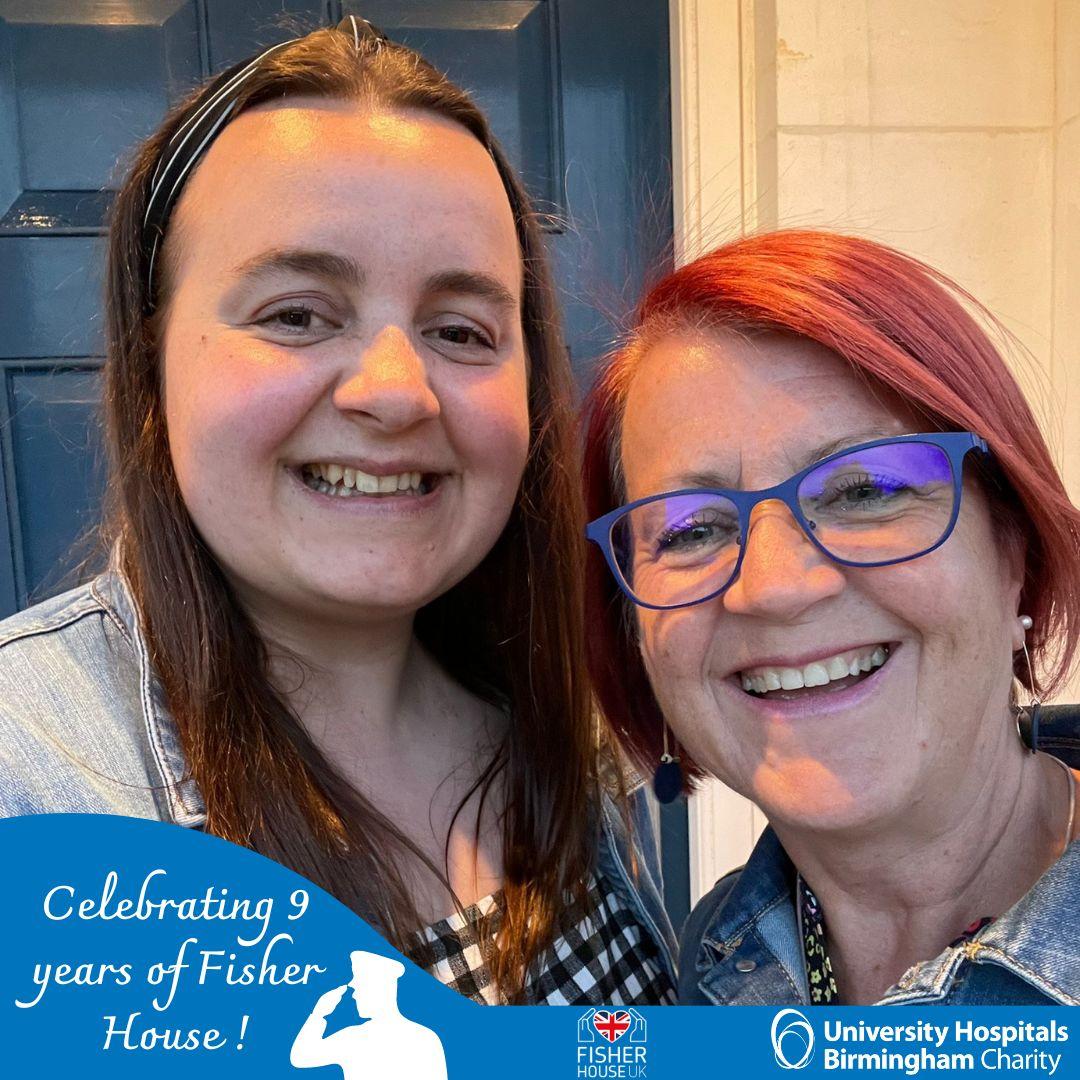 To celebrate Fisher House turning nine this week we will be showing the families and patients you support by donating to Fisher House. This is Tracy's story.

Tracy and her husband are both former army personnel, Tracy for six years and her husband, Charlie, spent 11 years in the Royal Signals.   Although both are now retired from the Army they currently live in Cyprus where Tracy is a civil servant.  They are halfway through a three-year post there.

Outside of work they have a couple of dogs and enjoy walking; it was on one of their walks when Charlie experienced a cardiac episode completely out of the blue on 15 March 2022.

Through their military connections in Cyprus Charlie saw a cardiologist who carried out tests and diagnosed an irregular heartbeat.  After a second episode on 15 April, further investigations showed a blockage in an artery serving his heart and he was told he needed surgery.  A decision was made to fly him back to the UK on 22 April to undergo an operation at the Queen Elizabeth Hospital in Birmingham. He was escorted on the flight by a cardiologist and two nurses.  Charlie was admitted as an inpatient and received his surgery on 4 May.

“Charlie and I had been in Cyprus for 14 months, however, our grown-up daughter lives in the family home in Harrogate.  When I realised the seriousness of Charlie’s condition I didn’t know who to phone, there was no one to call to come and be with me, I have never felt so alone.”

“Charlie and I have been married for 40 years; we’ve been together since I was 19 and he was 23.
He really is my rock but now the man who was once so strong and independent showed a vulnerability and fear I had never seen before.   It all came as such as shock, Charlie is physically fit, a non-smoker but his cholesterol is high.”

“In amongst the urgency of getting ready to travel, I desperately tried to work out where I would stay whilst Charlie was in the hospital.  I was currently in Cyprus, my support network was in Harrogate and Charlie would be in Birmingham which is very much where I wanted to be.   I wasn’t used to doing things on my own and it was certainly new territory to try and navigate.  However, again, through our military contacts I was put in touch with Ben from the Defence Medicine Welfare Services team in the UK and from that moment on I felt so supported.  I was told I would be able to stay in Fisher House, a home away from home on the hospital site for as long as I needed at no cost.   Walking through the door at Fisher House felt like one big hug.   It is a beautiful house and a much-needed base for me whilst I am waiting for Charlie’s surgery to be arranged. Because of the seriousness of his situation, he would remain on the ward until his heart bypass surgery date was fixed.”

“Our daughter wanted to come and visit from Harrogate and we laughed about how we would cope sharing a room – she is 30 after all - but no, she was given a room next to mine and it has been so lovely to have her stay. When she goes back home to work I won’t feel isolated though.  There is a warmth about Fisher House which is difficult to describe.  There are people to chat to over breakfast and the staff are amazing.  Everyone is so kind.  I will be here until Charlie is discharged and able to travel to Harrogate where we will be with family and friends until he is fit to fly back to Cyprus.”

“I entered Fisher House tired and stressed and not only felt warmth as soon as I walked through the door but it has been a place of recovery from the stress of the past few weeks.  I spoke to my boss on the phone the other day and he said that he could hear in my voice how much better I was – being in this environment helps.”
“As soon as we are back in Cyprus, Charlie and I are going to get back to our love of walking;  we will  set ourselves a walking challenge in which we can raise funds to support Fisher House.”

“I cannot put into words how beneficial being here has been for me.  You can really see how it allows families to be as complete as they possibly can be.”

It costs the charity £25 a night to host a military family in their time of need.  A small amount that can make a huge difference. To find out how you can support Fisher House go to  https://www.hospitalcharity.org/supportfisherhouse