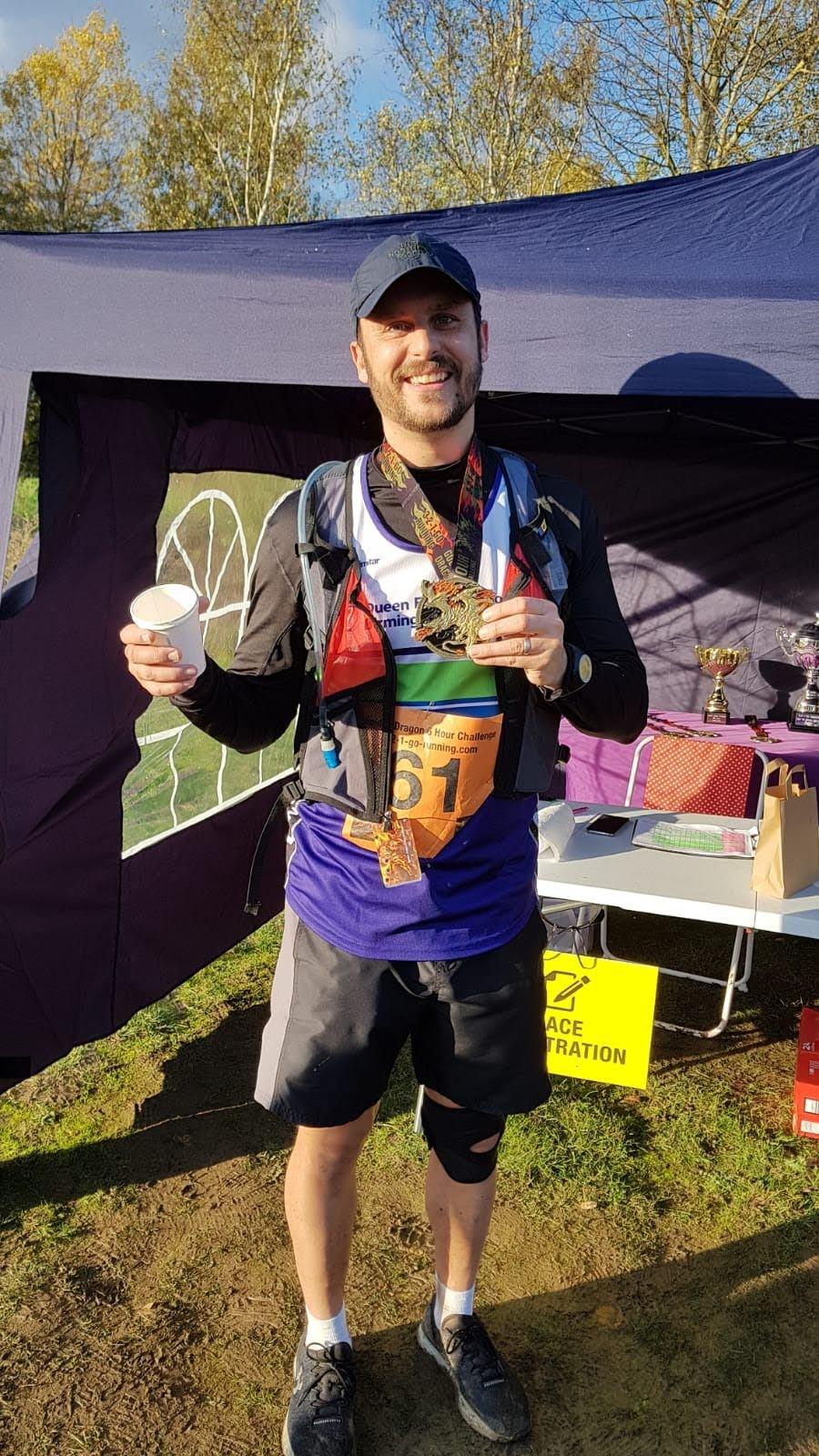 Back in 2018, Simon Pateman was an inpatient on Ward 625 at the Queen Elizabeth Hospital Birmingham due to a Leukaemia diagnosis.

Reflecting on his time on the ward, Simon said: “The staff were incredible, very professional and supportive. Due to this, I wanted to give something back.”

Simon decided that his way to give something back would be in the form of running a marathon… however, he faced a few obstacles signing up for one. Simon said: “I wanted to run the Medoc marathon, but waited three months for the confirmation to discover that I wasn't on it. I then tried to get on the Provence marathon and then the Dublin one, but the sites crashed due to demand and I was unable to get a place there either. I did get on the Leicester marathon, but it was cancelled a week before due to flooding. I was put forward for the Abingdon marathon by my father-in-law, I was going to run under his name, as he was injured. However, when the organisers found out, they said that I wasn't allowed.”

However, the sixth time seemed to be the charm for Simon as he finally got on the Golden Dragon Six Hour Challenge marathon in Bedfordshire which he ran on 3 November! The six hour race consisted of challenging yourself to run as many 4.38 mile laps as possible in a six hour time frame, three laps equalled a half marathon, six laps equalled a marathon and seven laps made up an Ultra. Simon successfully raised a fantastic £1,348 for QEHB Charity that will go directly towards Ward 625.

Roisin Mooney, Fundraising Officer for QEHB Charity said: “On behalf of the hospital charity I would like to say a huge thank you to Simon for raising such an incredible amount of money to help support both staff and patients on Ward 625. The money will help to provide added extras that are over and above what the NHS can afford, well done Simon!”

If you would like to raise money to help support a specific ward or department at the Queen Elizabeth Hospital Birmingham, simply visit: hospitalcharity.org/fundraising to get involved today!