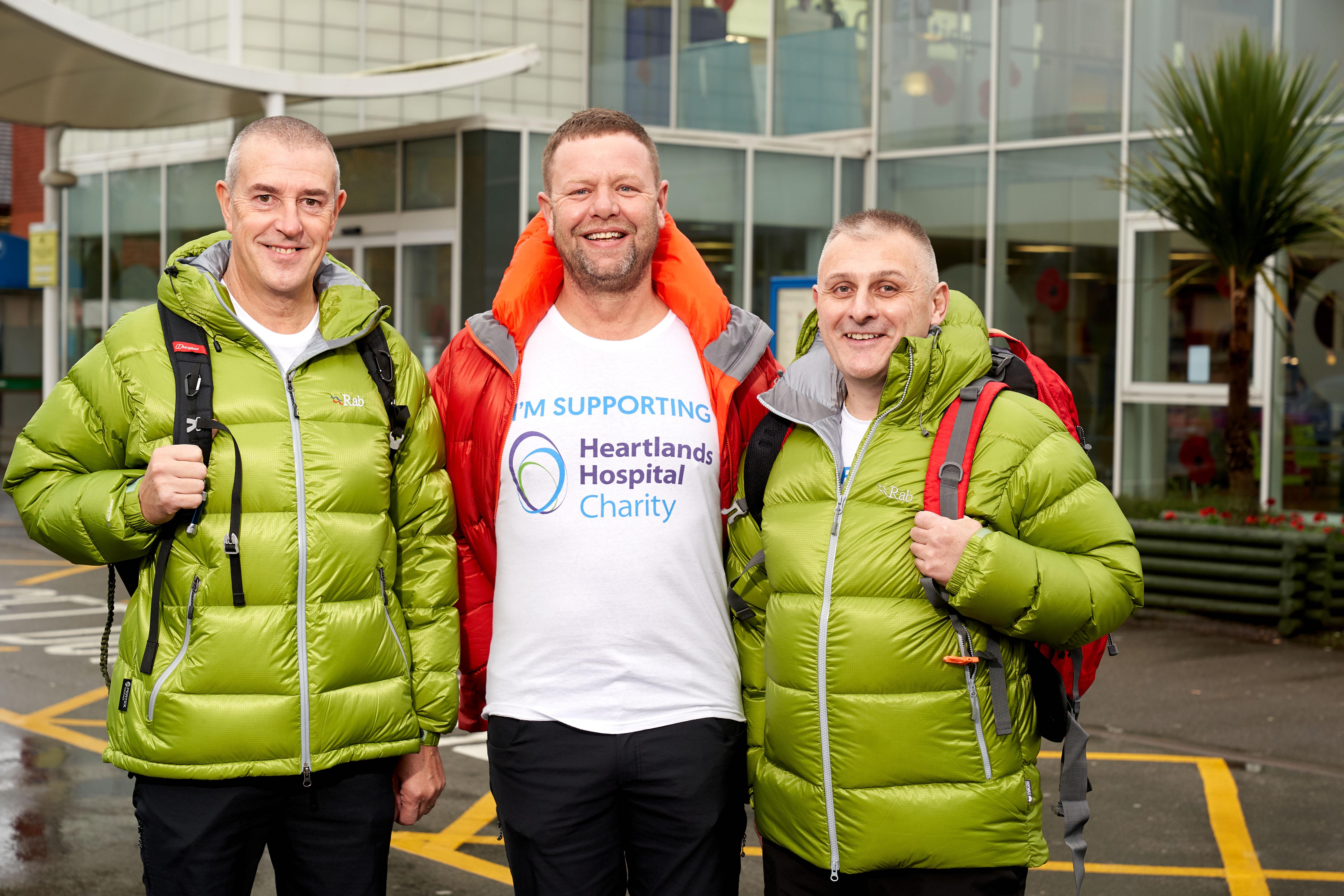 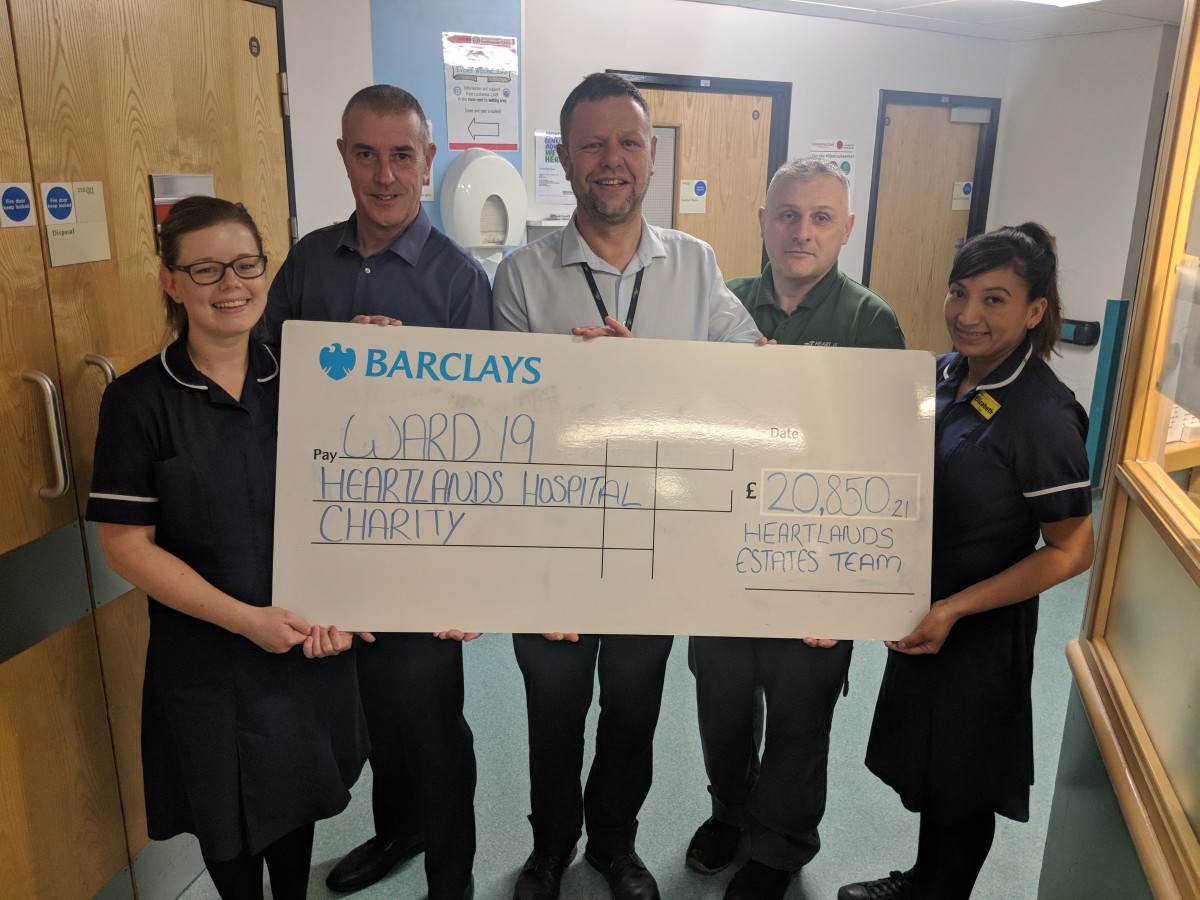 The team, presenting the cheque to staff on Ward 19.

The team are setting off for Tanzania in June 2020, and the fundraising ball is part of their effort to raise money for Ward 19 by climbing the highest mountain in Africa.

The team started with a fundraising target of £9,000 and have smashed that, and hope to raise even more money as they take on their ambitious goal of reaching the top of Mount Kilimanjaro.

Tony Wright said: “We all had a great time at the Ball, it was wonderful to see so many people there, including Carl and Stiliyan. We’re really pleased with the amount of money that we raised, and we’re looking forward to raising even more!

“Climbing Mount Kilimanjaro is going to be a huge challenge, but we know that we’re raising money for a really worthwhile cause so that will keep us going during the tough days and nights!”

Sian Averill, Fundraising Manager at Heartlands Hospital Charity, said: “We are all so thrilled that Darren, Norman and Tony are climbing Mount Kilimanjaro to raise money to help us to refurbish Ward 19. They have already raised an incredible amount of money, and I’m sure that they will inspire many more donations as people follow their journey to the top of Kilimanjaro.

“On behalf of everyone at Heartlands Hospital Charity I would like to thank the team for their incredible efforts in raising money to help us to provide the very best care possible for our patients on Ward 19.”

You can help to support Darren, Norman and Tony’s fundraising efforts here.