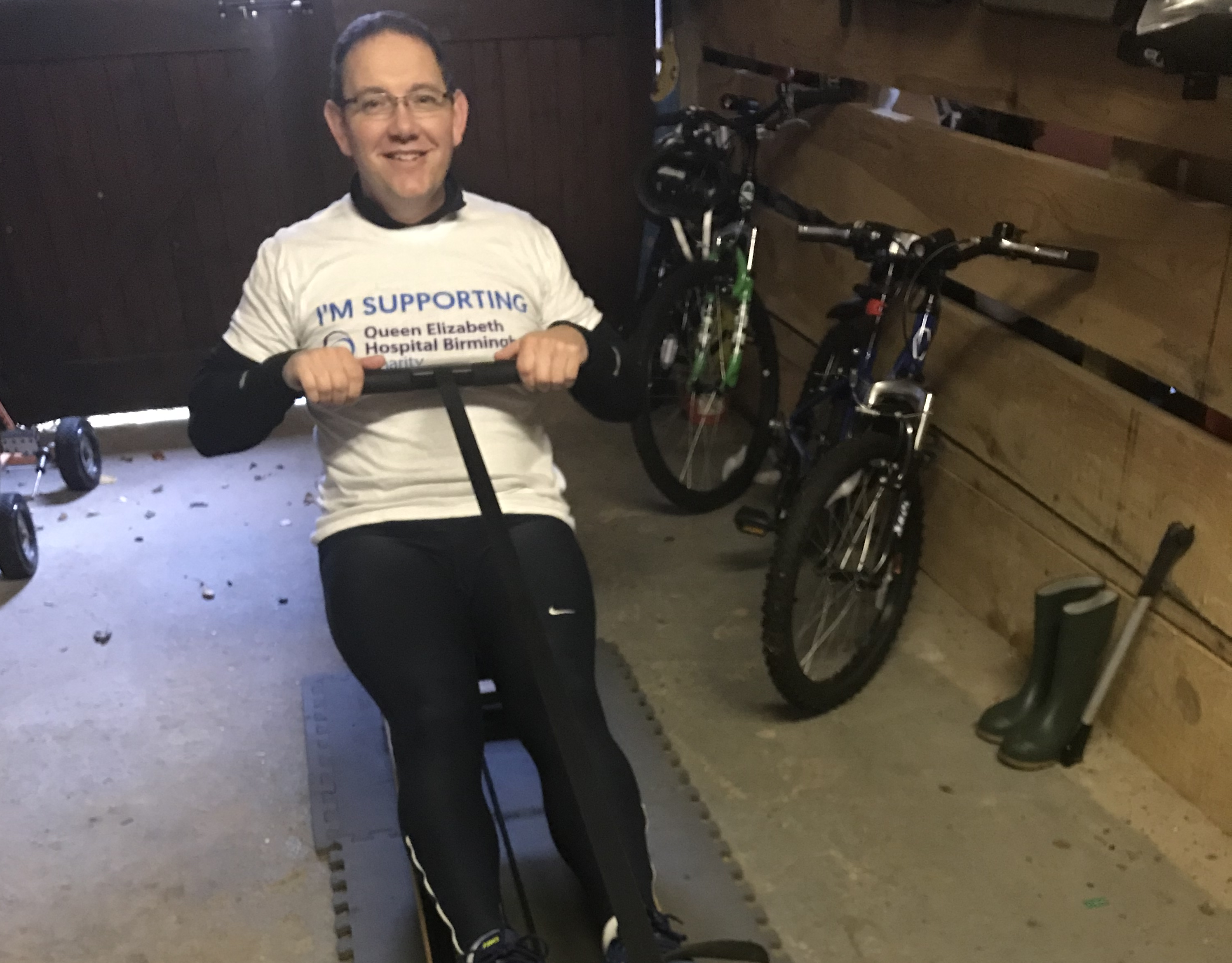 James Allardice has kindly chosen to row one million metres for UHB Charity and Sarcoma UK following his wife Kate’s sarcoma diagnosis.  Kate was unfortunately diagnosed in early September and had her operation at the Queen Elizabeth Hospital Birmingham on October 1. We are pleased to say it went well and she is home with her family resting.

Speaking of his epic challenge James said: “I set myself a goal of rowing 500km in 2020, but found that I’d done that by July so thought I could do 1,000km (1 million metres!) by the end of the year. I did think about making it a fundraiser during the early days of the pandemic, but there were so many amazing things other people were doing, I decided to sponsor other people and just do the exercise! Then, after Kate’s diagnosis and operation, we were so grateful for the excellent care that she received, it just felt right to try to raise some money for both the hospital and Sarcoma UK and my challenge was all ready to go!”

Kate wishes to thank the staff at the Queen Elizabeth Hospital Birmingham, she said: “My first consultation was scheduled for my children’s first day at school, I didn’t want to miss such a special day so my consultant kindly moved my appointment back by an hour. This is just one example of how the staff went over and above to help my family and I  during such a difficult time. The children have just been fantastic and taken everything in their stride.
“Throughout my treatment and surgery the care and attention I received has been second to none, the doctors put me at ease during every stage and we never felt rushed. All the staff were truly wonderful and this is our small way of saying thank you.”

“We are overwhelmed with the emotional support we have received from family and friends over the past few weeks, we’re incredibly lucky and blown away by the donations to James’s fundraising page. We have lived abroad in different countries over the years and have been receiving donations from our friends from all over the world which is just fantastic.”

James said of his progress so far: “I’m up to about 800km so hope to hit the millionth metre a bit sooner than the end of the year, notwithstanding that now Kate is home,  I’m also playing the role of Chief Medical Officer whilst also being Chief Cook and dishwasher!”

Elle Huguet, Fundraising Assistant  at UHB Charity, said: “We have been amazed watching the outpouring of support from James and Kate’s family and friends and can’t believe they smashed their fundraising target within a few days! We wish Kate all the best with her recovery and can’t thank James enough for taking on this challenge which will have a huge impact on patients here in Birmingham.”