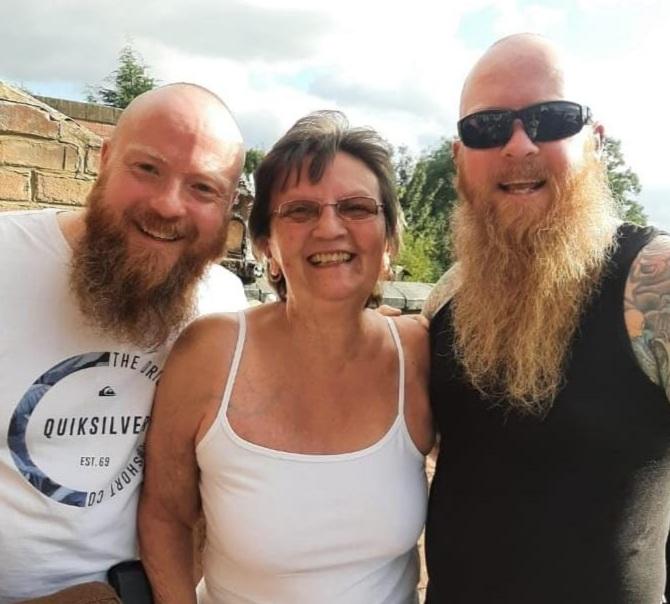 It's time to shine the spotlight on one of our fantastic fundraisers. Richard Bates will be completing a wing walk to support the Dementia Care Fund at Good Hope Hospital, this July. Richard's aunt has dementia and has been rapidly declining in the last few months which is the exact reason why this fundraiser and fund is so important to Richard.

Richard said, "I have always wanted to do a wing walk and I want to fulfil this adrenaline rush. I thought I would run for the charity that touches so many people including my own family."

Richard's cousin, Laura said, "If I was to describe my mom in a few words I would say hilarious caring and hard working. Hard-working because when I was a child she would work her socks off to make sure I had everything I needed, caring as she was always there for me and others no matter what she was going through herself and I'm happy to say despite being three years into her Dementia diagnosis she is still hilarious, looking at me from across the room as I yawn she said "you looked just like a hippopotamus" ...I'll take that ... I'll take anything at the moment that doesn't involve the sadness and fear I can sometimes see in her face."

"My mom has lost the ability to do almost everything that we take for granted, like washing, dressing making food and drink. She has no idea that her shoes are always odd even when I ask her to find a matching pair she will come back with one flip flop and one trainer. Once she had three shoes lined up to go out and we did laugh when I said have you got three feet today then, we try and laugh most things off I think it helps her ...well I hope it does."

"One of the saddest memories I have that will stay with me is when I was bathing her ..we were having a giggle about me making the biggest bubble bath ever and then she just said "sorry " when I asked what for she just said "because you have to wash and dress me and make my food.." With a huge lump in my throat I said " when I was a little girl who fed and washed me made sure I was happy and safe " she looked up and simply said "I did " well then was my response "there is no difference its just my turn now and it is not a big deal at all is it because its always just been me and you". That's OK then isn't it Laura she said. Yes, Mom it most certainly is."

You can support Richard's family by donating to his Justgiving page https://www.justgiving.com/fundraising/richard-bates-wingwalk in which he has already smashed his target!

This isn't the first time Richard's family have supported UHB Charity. Richard's twin brother, Jimmy, fundraised for us back in 2017 raising an incredible £3,044 for the Newborns in Need Appeal at Heartlands Hospital. You can read all about it here https://www.hospitalcharity.org/news/victorious-boxer-brings-funds-to-good-hope

We wish Richard all the luck and success for his fundraiser!