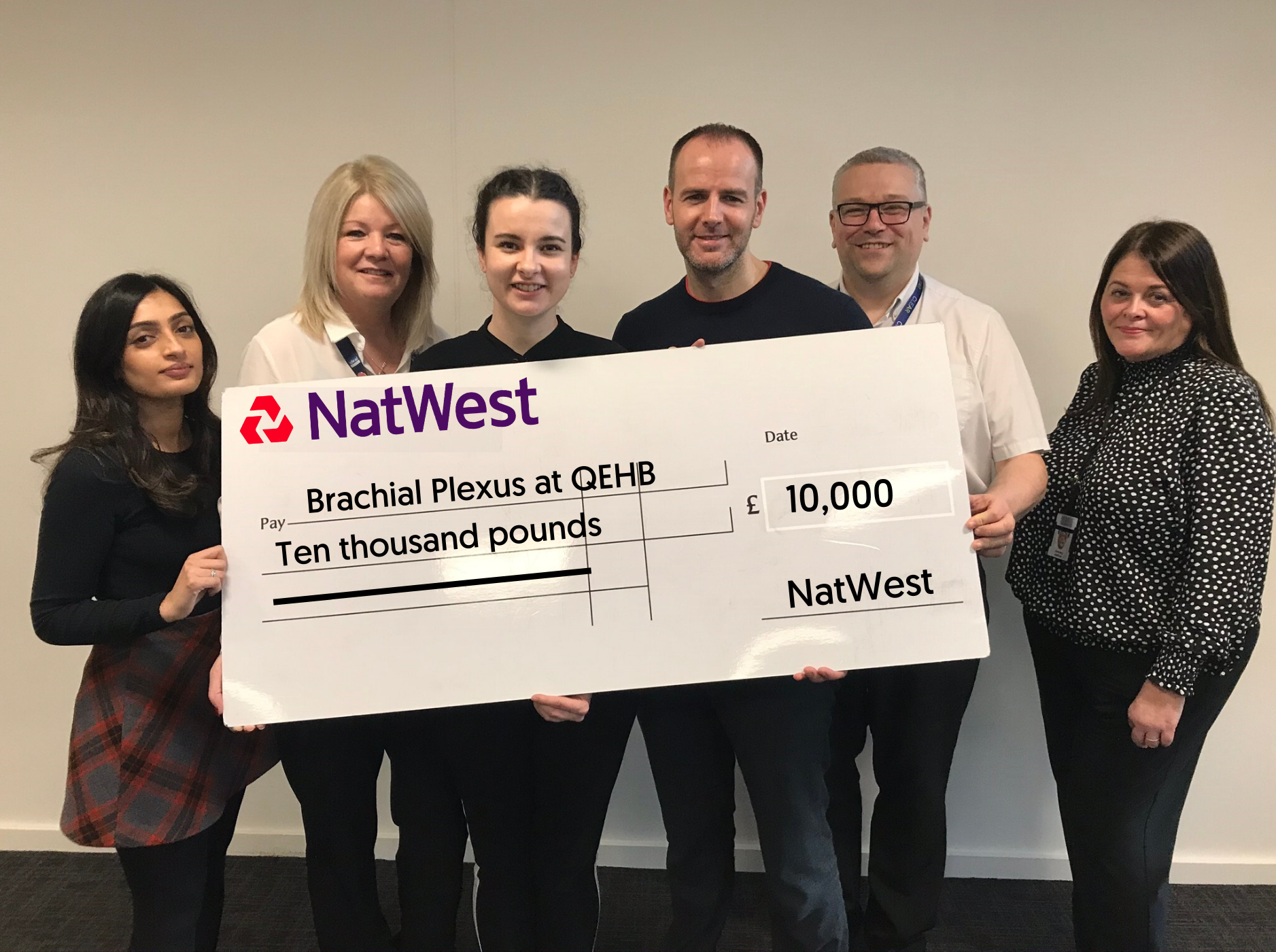 Five years on from an accident that nearly killed her, Bekkie Wilkes and her mum Jackie have raised an incredible £10,000 for the Queen Elizabeth Hospital Birmingham Charity after a year of fundraising.

Bekkie and Jackie were inspired to fundraise following the treatment that Bekkie received following a car crash that saw her vehicle overturn and smash through a fence, almost decapitating her. Bekkie received expert care on the trauma units at QEHB and underwent a 14-hour operation nerve transplant operation to get her left arm moving again.

Bekkie ran the SimplyHealth Great Birmingham 10K in 2019, raising a fantastic £500 for the hospital.

Jackie works as a Portfolio Manager for NatWest and has been busy over the past year encouraging her colleagues to join her in fundraising for the hospital charity. She said: “We had lots of fun raising money for QEHB Charity and held loads of different fundraising activities to help get everyone involved.”

Jackie hosted samosa and cake sales, took part in Smarties September and also hosted a ‘Guess Who Challenge’ which involved the clever use of Snapchat filters to encourage colleagues to guess which manager had been photographed in disguise.

The apprentices from NatWest got involved in the fundraising, taking on a two week challenge to come up with a fundraising idea and raise as much as possible. Events included bingo, auctions and sports challenges and the apprentices raised an amazing £1,576.53 overall.

Ellie Pocock, Fundraising Assistant at QEHB Charity, said: “Our thanks go to Jackie, Bekkie and the amazing team from NatWest who have raised so much money for the hospital charity over the past year. We are only able to provide equipment, research and ‘added extras’ for the hospital thank to the generosity of our fundraisers and donors.”

If you are interested in fundraising for the hospital charity through your business, then find out more here.