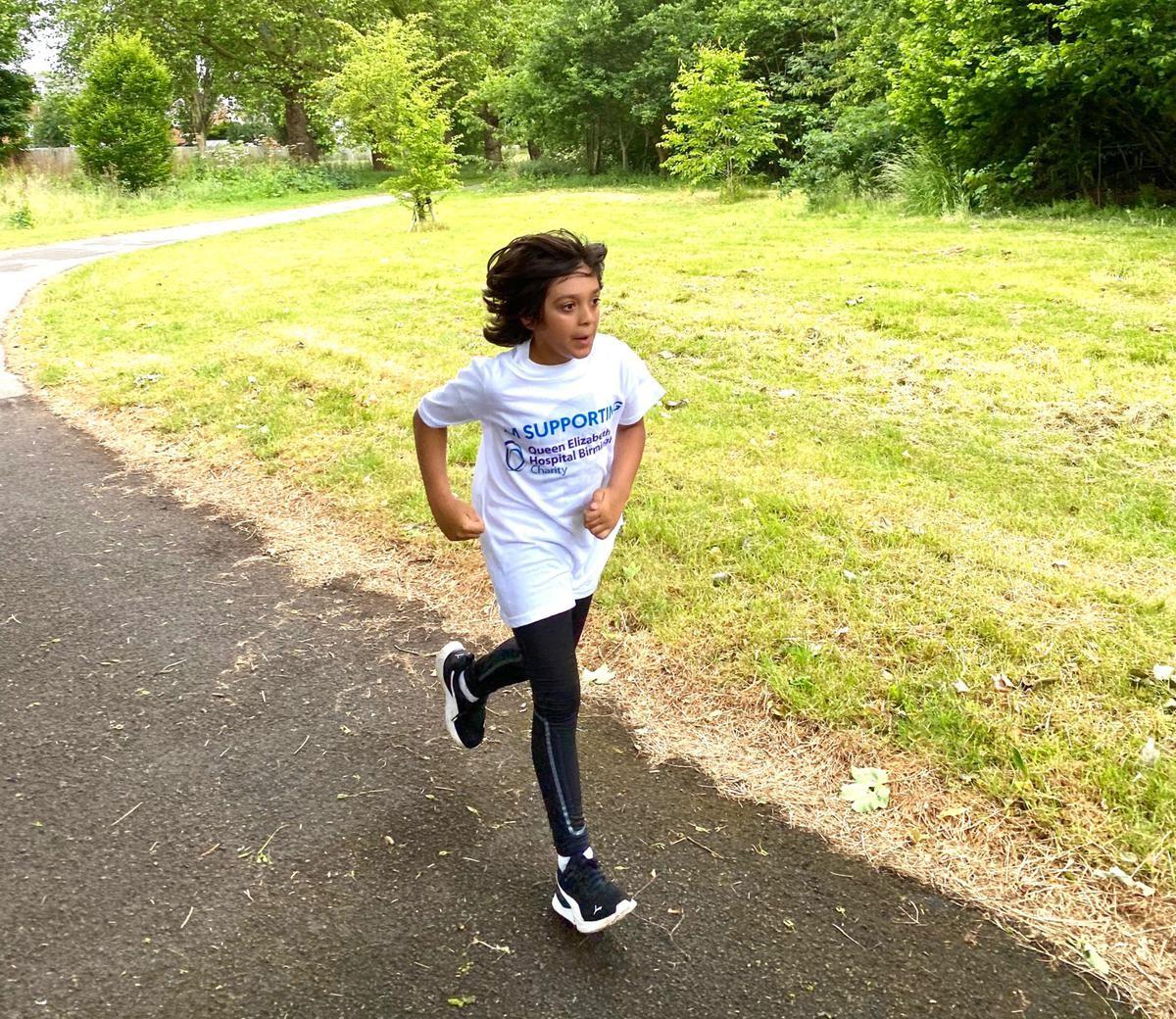 Young fundraiser Zain Kandola Matin turned nine-years-old in May and had planned on celebrating the day by taking on a nine mile run to raise funds to support University Hospitals Birmingham Charity’s NHS Superheroes appeal.

The day before his birthday, Zain was really disappointed to find out that he had sustained some ligament damage whilst running, and was advised to rest it for two weeks by a physio, who is a family friend.

Zain did not let this setback stop his fundraising efforts, and on Friday he set out on his nine mile run alongside his mum and dad, Pam and Abdul. 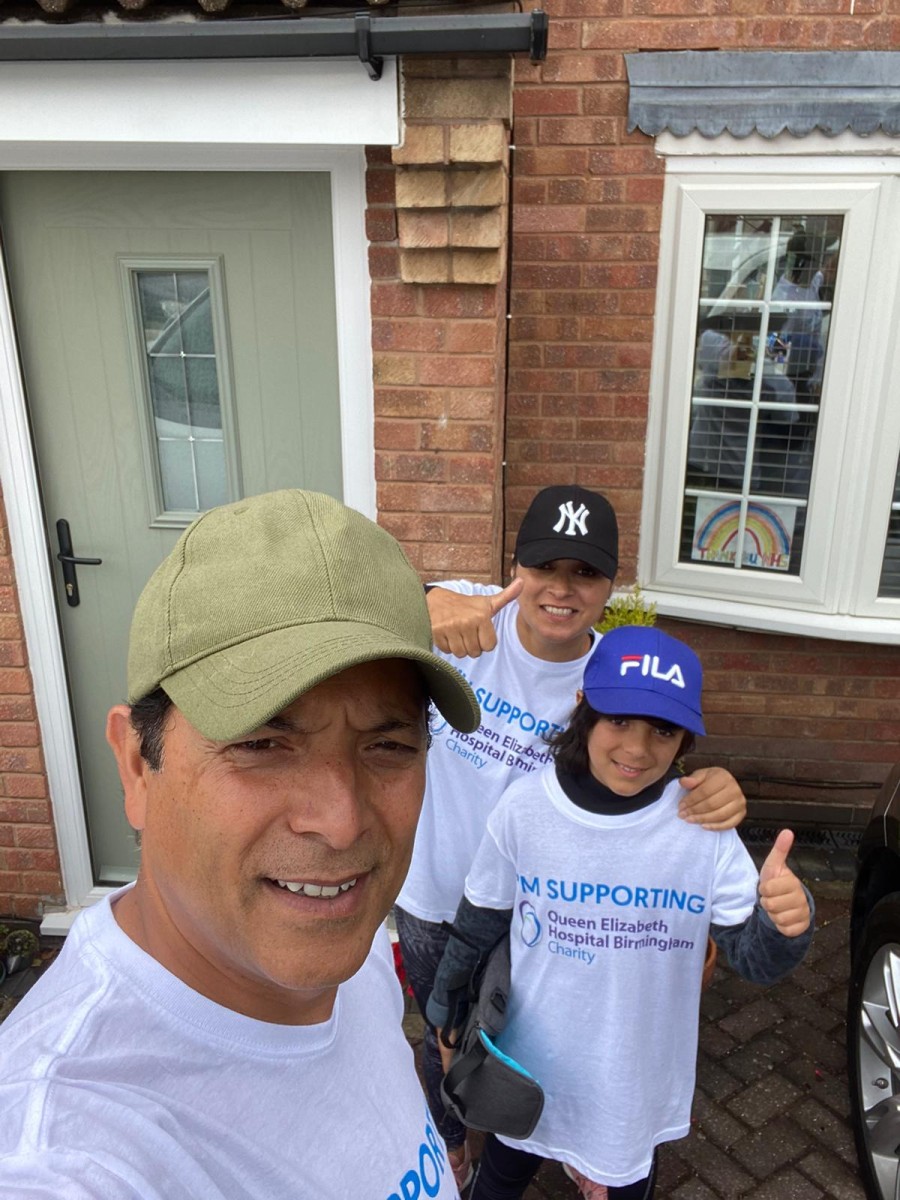 His amazing efforts inspired over £1,500 of donations from his friends and family, which will help University Hospitals Birmingham Charity to support the 22,000 NHS Superheroes who are working so hard at this really difficult time across the Queen Elizabeth, Heartlands, Good Hope and Solihull hospitals.

Zain’s mum, Pam, said: “We are all so proud of Zain for the money that he has raised. Not many nine-year-olds would want to spend their birthday running, but Zain was determined to do something to support the NHS.

“He was gutted when he was told that he couldn’t do the run on his birthday, but we all enjoyed taking on the run together last week. I would like to thank everyone who donated to our fundraising page.”

Elle Huguet, Fundraising Assistant and University Hospitals Birmingham Charity, said: “Well done Zain! Thank you for raising so much money, your hard work in running so far will help us to make a massive difference to our staff and patients. I look forward to seeing Zain take on more challenges in the future to raise money for our Charity.”

You can still donate to support Zain’s fundraising efforts by visiting his JustGiving page here.