A heartfelt donation to the Special Care Baby Unit 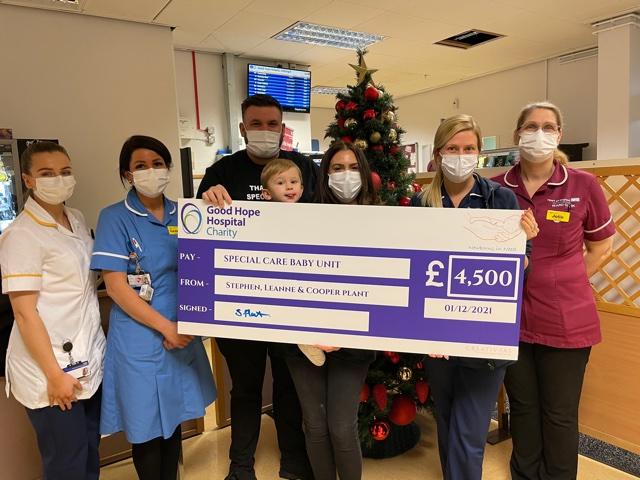 The Special Care Unit at Good Hope Hospital has just received an incredible £4,500 donation from Stephen and Leanne, proud parents of Cooper, who was treated on this Unit after he fell ill shortly after being born.

As a way to mark Cooper’s second birthday these parents decided to show their appreciation for the fantastic Unit where their son was treated. They wanted to honour and celebrate the Unit that saved their little boy’s life.

Cooper arrived into the world at 5lb 10oz in December 2019. Cooper’s dad Stephen told us:

“All seemed perfect, tiny but perfect, when he arrived into this world. However, he didn’t seem to cry at all and then when I held him for the first time, although it was the best feeling in the world, he felt cold and soon became unresponsive. The doctors and midwives came rushing in and next thing we knew we were being rushed to the Special Care Baby Unit at Good Hope Hospital.

“The fear we felt when all the doctors and midwives came rushing in is something we will never forget, it literally dropped me to my knees. I felt broken as I just didn’t understand what was happening to our little boy.

“When we got rushed to the Special Care Baby Unit at Good Hope Hospital we were greeted by a team of nurses and doctors that not only stabilised Cooper but also cared for us as a family. We found out that the reason he became so poorly was due to him becoming hypothermic, hypoglycemic and jaundiced.

“The staff at the unit are unbelievably caring and kind selfless individuals who look after those babies like their own and this is something that we will never be able to thank them enough for.” 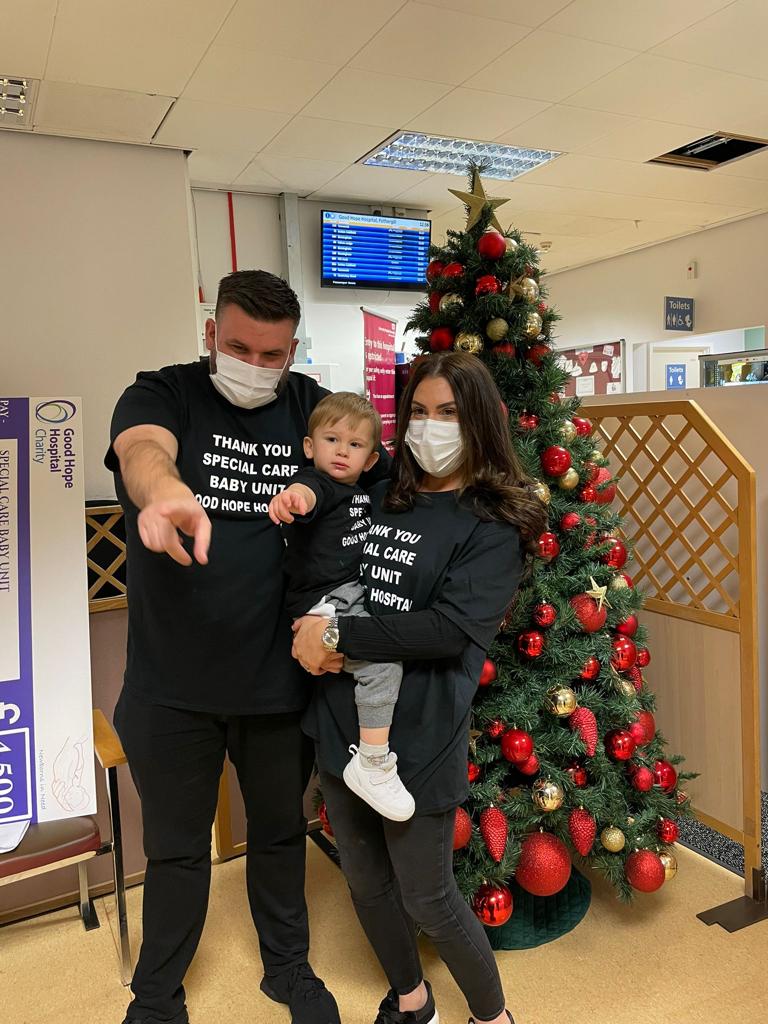 For the wonderful treatment Cooper and the family received, these parents decided to fundraise for this Unit, by sharing Cooper’s and their story. They managed to raise this incredible amount by the generosity of their friends and family, as well as corporate supporters. Overall there were 161 people who donated to this fantastic cause, making that vital difference.

Their generous donation will help make such a huge difference to the Unit and help support countless other babies and their families during such a difficult time.

If you would like to support the Newborns in Need fund which helps support ill babies, like Cooper, then you can donate to this appeal here.